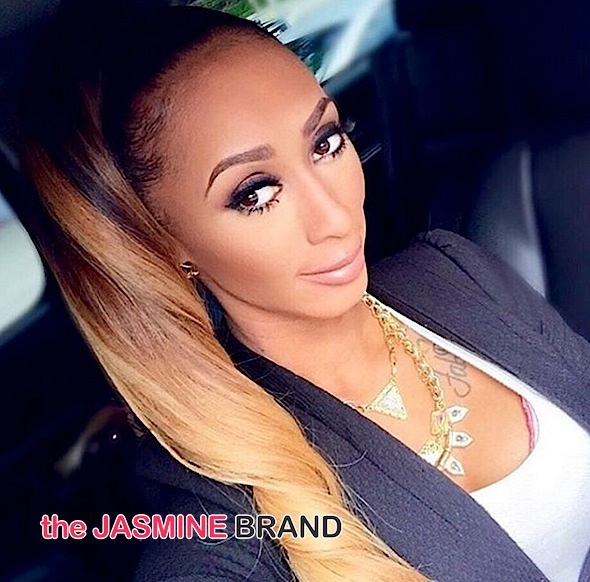 The season is over, but folk are still revealing in the entertaining drama that took place on VH1’s Love & Hip Hop Hollywood (LHHH).

Amber Laura, LHHH co-star of  VH1, and rapper, recently talked exclusively at length with theJasmineBRAND.com to address rumors of a fake storyline on LHHH being completely over Miles Brock, her issues with cast mate (and Miles’ex-boyfriend) Milan Christopher and her new single, “SBW.”Check out a few excerpts of the interview.

On how difficult it was for her to put her personal relationship on TV:

It’s weird in the beginning, because going from someone who doesn’t do this for a living, sharing my emotions, my life, lifestyle, things that are going on with me and things that are personal. But as time goes on, you get used to it. You can’t hold back who you are. It’s reality TV and it’s going to get out.

On her relationship with Miles prior to the show:

Me and Miles have been together for 10 years plus. He was my daughter’s godfather. I want to clear up about people saying Miles is not my daughter’s father. Yes, that is not her father, that is her godfather. Her dad was murdered and Miles has been there since her father passed away. We started dating as pre-teens. We were on and off. We were boyfriend and girlfriend, that always went on and went off. That was our relationship prior to the show.

On if she had ever asked him if he was gay or bisexual before the show: