Another messy split has spilled over on social media. Reality TV couple Lorenzo Gordon and Brittish Williams appear to to be over. The pair, who first starred on Basketball Wives LA and later appeared on Marriage Bootcamp are airing out their dirty laundry on Instagram. We’re told that Brittish is now seeing rapper Soulja Boy and after Lorenzo discovered this, he became upset and started lashing out on Instagram. Check out the receipts below. 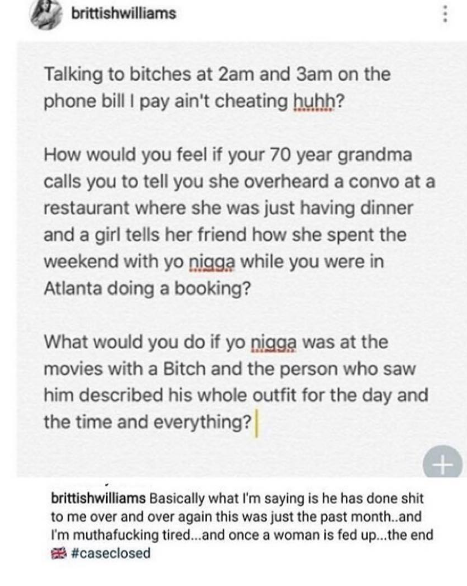 Soulja and Brittish are spotted having dinner. 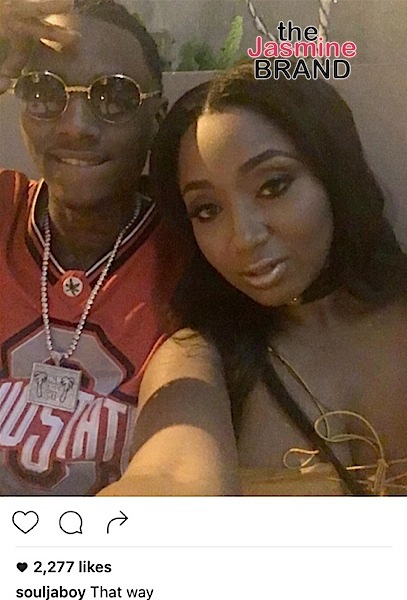 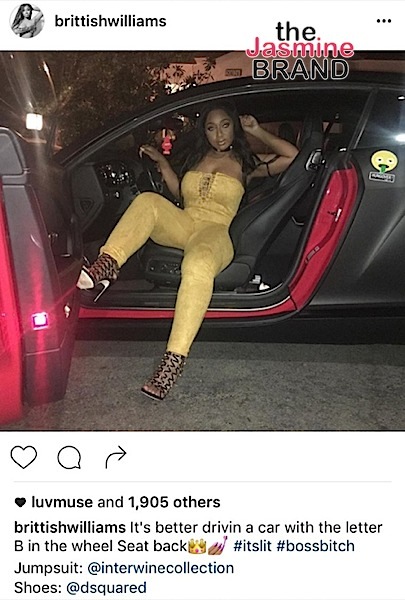 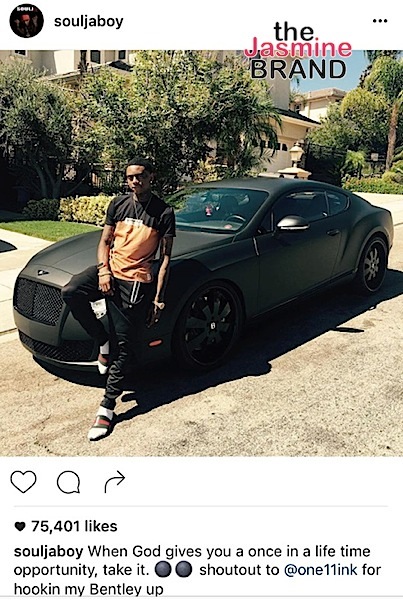 Lorenzo reacts, stating that he did not cheat on Brittish. 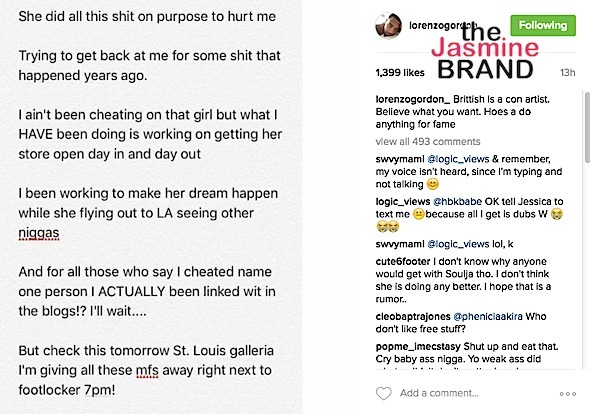 Lorenzo hints that he has some ‘tricks up his sleeve’. 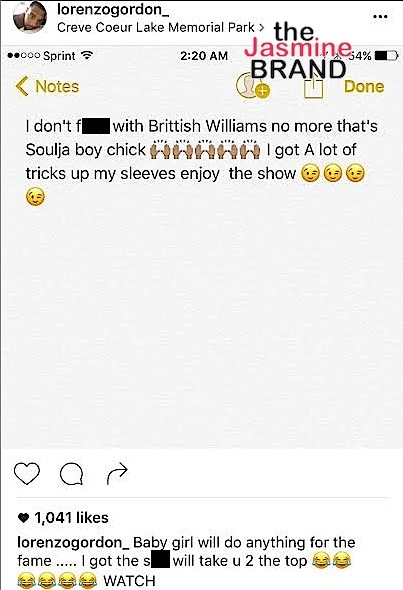 Rumor has it, this was Brittish’s engagement ring. 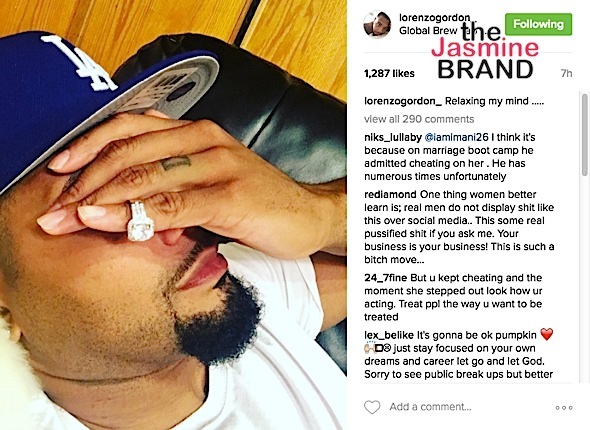 Lorenzo may have his own ‘bae’. 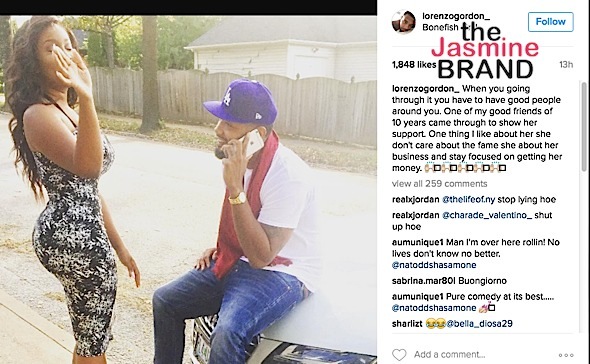 Lorenzo says that he’ll be giving away purses, which allegedly belong to Brittish.

What are your thoughts on this situation?

Update #2. Lorenzo has issued a public apology to Brittish.

#LorenzoGordon apologizes to #BrittishWilliams after the two traded not so nice words on social media. 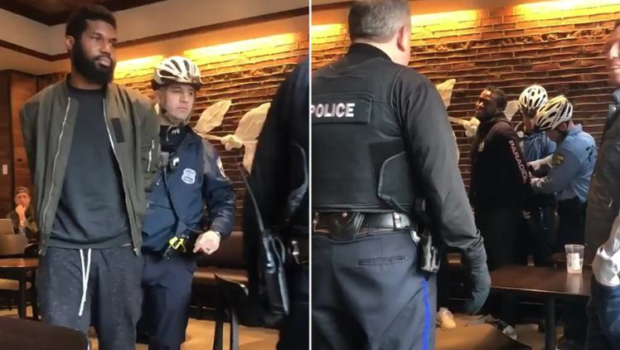