theJasmineBRAND.com exclusively reports, Usher can breathe a sigh of relief knowing his female stalker will not be released from jail anytime soon. A judge has called off his criminal trial, following his determination that she is not mentally competent and he sent her off to treatment for 9 months.

Here’s the latest: This month, docs were filed in the case explaining Usher’s stalker, Darshelle Jones, is not competent to stand trial.

The judge says that a court ordered psychological evaluation of the defendant has been conducted and it was the opinion of the psychologist that Darshelle is not competent to stand trial. After consideration of all the medical and psych evidence, he determined she is incapable of understanding the nature of the charges against her or of understanding the object of the proceedings against her and is incapable of rendering her attorney the proper assistance in her defense.

Darshelle will be delivered to the Department of Behavioral Health and will undergo more tests to determine if she may attain mental competence in the future. The judge says the department can retain custody of her for up to 9 months for the purpose of continued treatment. 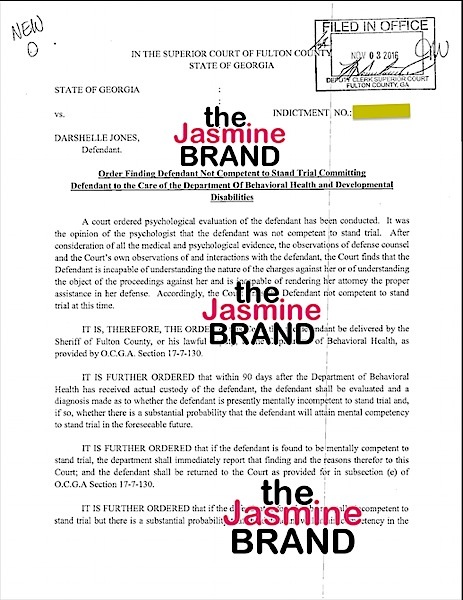 Here’s the backstory: Back in May, a woman named Darshelle Jones, was arrested by Atlanta law enforcement after she showed up to a recording studio where Usher was working.

The woman was allegedly across the street trying to record Usher with an iPad, which was a violation of the restraining order the singer was granted recently.

Darshelle has stalked Usher for years and he’s been granted numerous restraining orders against her, ordering the woman to stay away from the singer and his family.

The most recent restraining order stated Darshelle was to stay at least 200 yards away from Usher but when she was across the street from the studio — it was 100 feet away, a violation of the court order. 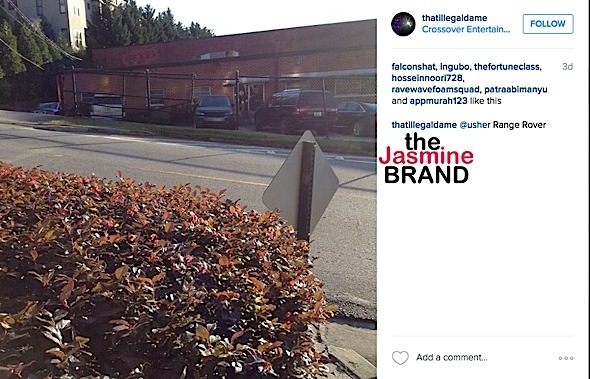 Darshelle was booked for aggravated stalking and is still locked up in a Georgia jail.

In June, Darshelle was officially charged with felony aggravated stalking ,which could land the woman in jail for up to 10 years and a fine of $10k. If convicted the minimum sentence she could receive is 1 year in jail.

Recently, the woman filed a letter in her criminal case explaining she did nothing wrong and Usher contacted her, not the other way around.

Darshelle says during her arrest she was not read her Miranda Rights and was assaulted and forced to the cement ground by police – when she was across the street from the studio – and as a result she is hurt and traumatized. She also claims that she couldn’t breathe after being attacked by police.

She said that she is planning on filing a $80 million dollar lawsuit against the Fulton County Police Department and Superior Court for accusing her of stalking Usher. She says that the singer actually contacted her by FaceTime on May 1st of this year while she was living in Miami. She alleges Usher was coughing, crying and asking for money and even said “I love you Darshelle”. She also accused the police of holding her hostage. A trial was set for October 10th in Georgia Court. 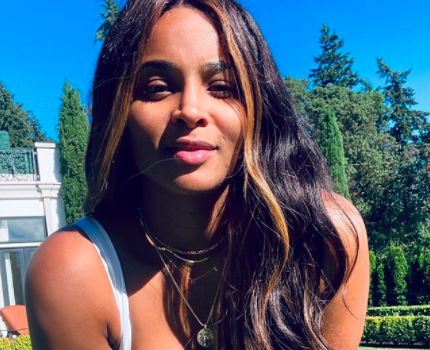 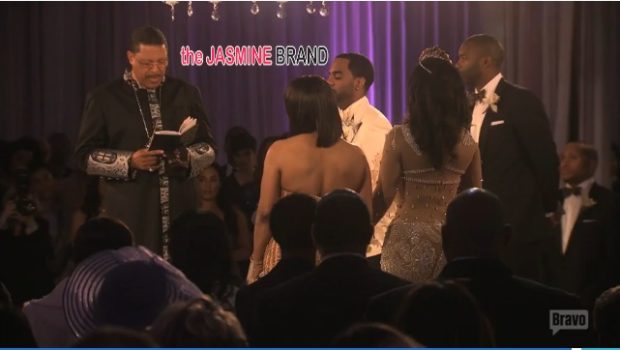