As you know, this week the reality star announced that she was leaving the hit show and threatened to ‘expose’ the franchise’s executive producer, Mona Scott-Young. So what went wrong? Sources tell us that filming with Joseline was a ‘nightmare’.

It’s usually a challenge to work with Joseline and it’s getting worse and worse. She was a headache for producers all season long and the drama that she had with Stevie J made it worse. It was more unbearable than usual for everyone that worked with her.

The show created this monster and at this point, she’s more of a liability than an asset to the show.

So what actually happened at the reunion? Reportedly, Joseline came to the reunion already pissed at production. 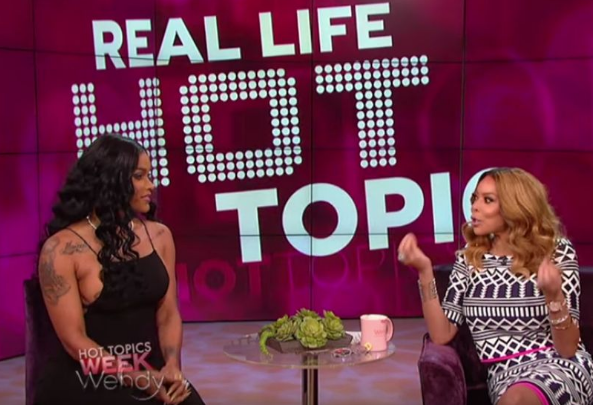 A separate source tells us that a few weeks ago, she was scheduled to appear on the Wendy Williams Show with Stevie J. Joseline had set up the appearance herself, without VH1/production.

Stevie decided not to do Wendy with Joseline. Wendy’s team canceled Joseline’s appearance because they only wanted to do it with the two of them, not just Joseline.

We’re told that when Wendy canceled, Joseline wanted producers to FORCE Stevie J to appear on the show with her. The source tell us,

Allegedly, Joseline became pissed that they wouldn’t force Stevie to do the show and as a result of Stevie J NOT doing it, Wendy canceled on her.

Fast forward to the reunion and Joseline was still upset about the Wendy cancelation. Sources tell us that she had multiple behind-the-scenes demands while they filmed the reunion.

She ONLY wanted to be filmed in her dressing room and NOT on stage with the rest of the cast. She wanted to hand-pick who she would interact with and kept trying to dictate how she would participate.

Production was fed-up and ultimately told her to abide by the same rules as the rest of the cast or else. Joseline told them if they didn’t meet her demands that she was quitting.

Production and the network refused to give in to her outlandish, disrespectful behavior. They called her bluff and let her quit. 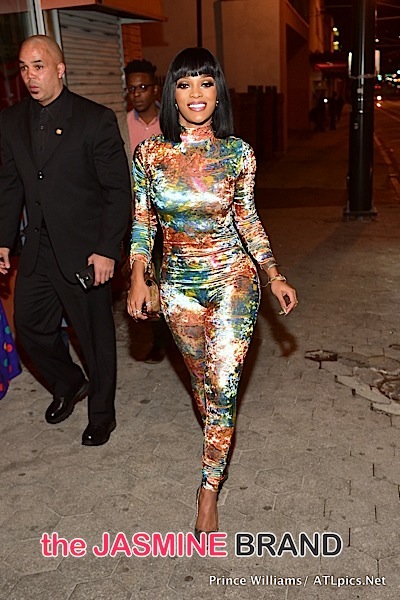 Sources also state that Joseline quitting had NOTHING to do with what she was being paid.

Joseline is paid VERY well. She’s said it herself multiple times, ‘I secure the bag.’ One minute she’s bragging about how much she makes and the next she’s acting as if she’s not being paid enough.

We hear that Joseline’s implying that she quit over a paycheck because she wants to get fans to sympathize with her, coercing them into believing that the cast isn’t compensated well. The source continues,

Dont’ get me wrong, Joseline brings a lot to the show, but she didn’t make the show and there are WAY more people that want an opportunity without tormenting production in the process. She’ll find that out.

To date, VH1, production or the show’s executive producer, Mona Scott-Young have yet to speak out. We’ve reached out to Scott-Young, who declined to comment. Our guess is, we’ll all have to tune into the reunion to watch this whole situation play out.