We aren’t the only ones that were hella impressed with Rihanna’s Crop Over slayage. The singer’s ex boyfriend, Chris Brown, is also a fan. RiRi posted a photo of her killer festival ensemble and Chris responded, leaving a googley eye emoji under the photo. 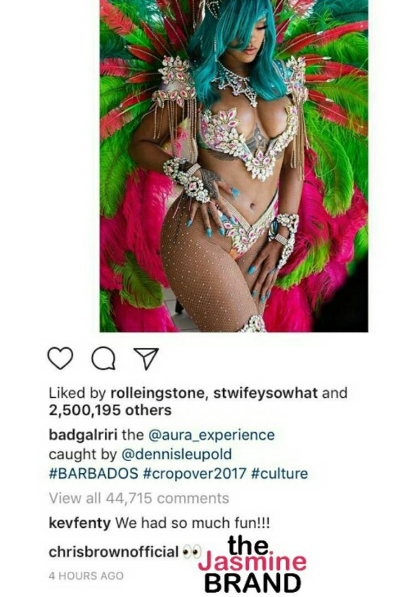 If you’re a fan of either mega star, then you’re well aware that they’ve had a long, tumultuous romantic relationship.

They began dating in 2008. In 2009, they split temporarily, after Chris physically assaulted Rihanna. 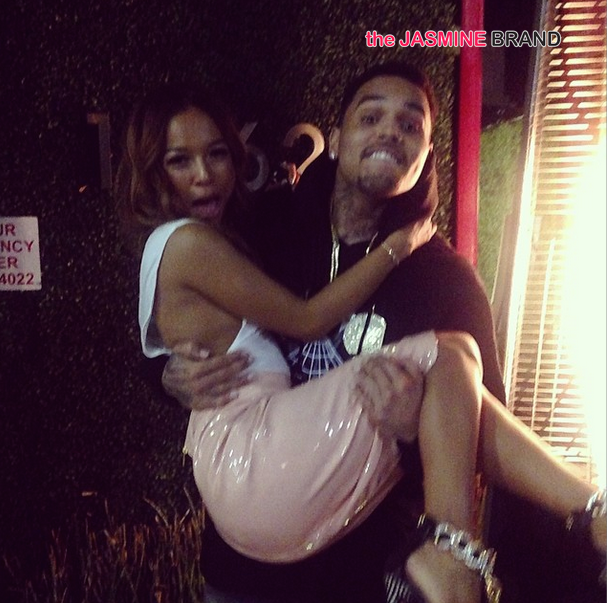 They later reconciled and ended things around 2011, when Chris began dating Karrueche Tran. There were rumors of them reconciling on and off until around 2014.