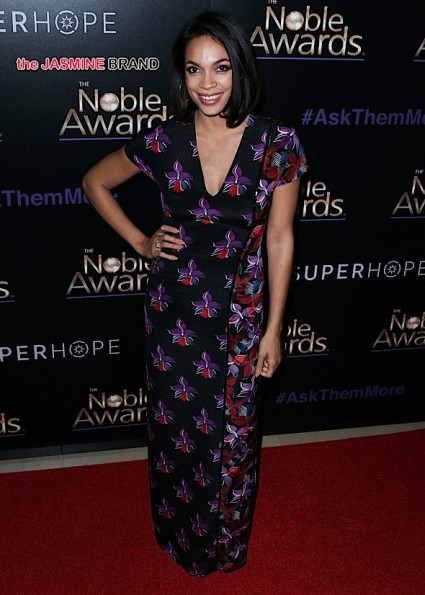 Rosario Dawson has revealed that as a child she was raped and molest. The 38-year-old actress, who has actively supported the #MeToo and Time’s Up movements, explains

I was raped and molested as a child, so for me, the world was like that since I was a child.

So when I saw it in the workplace, it wasn’t foreign to me. It was like, well, that even happens within family. It happens with people that are supposed to take care of you when you’re a child.

She also opens up about the tragic death of her 26-year-old cousin Vaneza Ines. Last May, Dawson found her dead inside her home in Venice.

When Vaneza died, it was like, ‘Oh, my God.’ Regardless of how well I’ve spent these years, I’ve already got 12 more years of life than Vaneza will ever have. I think what [that] really did was give me back my gratitude.