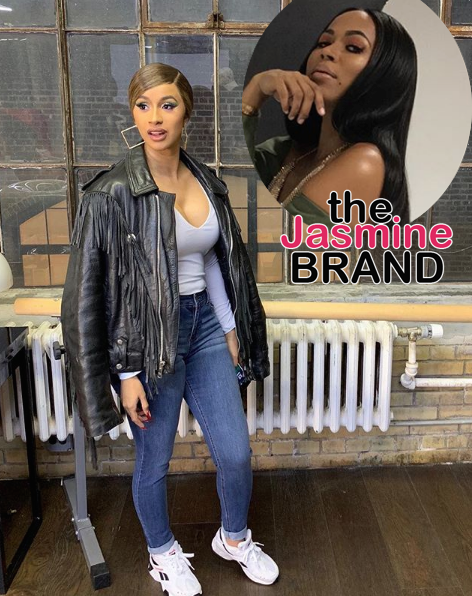 Ashanti’s baby sister, Shia Douglas, embarked on a venture into the fashion world back in 2014 when she launched her own clothing line, Dymes Only. Since then, the line has flown under the radar but Shia had not stopped working.

In November 2017, Shia hinted at the release of a velvet two-piece number that tons of fans were raving about. The outfit was never released but just a year later, a similar piece was being sold as part of Cardi B’s collaboration with Fashion Nova.

As I roll over and say THANKS for the day. Peep how the universe works.. I was planning to put this pic up as a tbt today bc I’m tired of it I posted it last year and as a creative, things get old and annoying fast… And I peeped people, certain designers I’ve worked with even! try to run with the design and make it their own. I charged it to the game cuz I’m no hater bitch and I know the possibilities of my creativity are limitless & I can Rely solely on that an be good! however, I’m reminded no matter how old never doubt myself! #Fashionnova

Shia included a side by side of the designs, which are nearly identical. 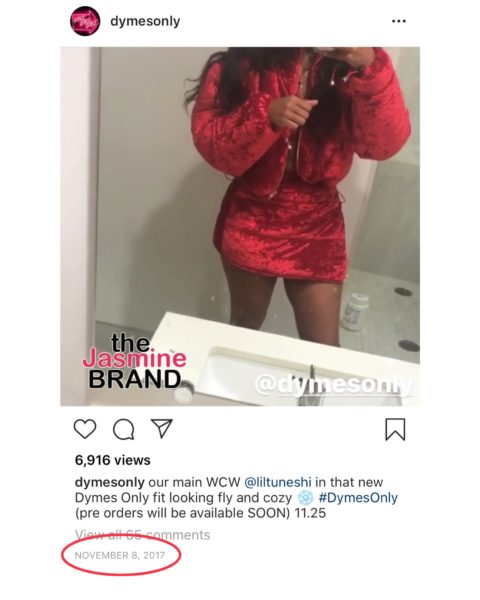 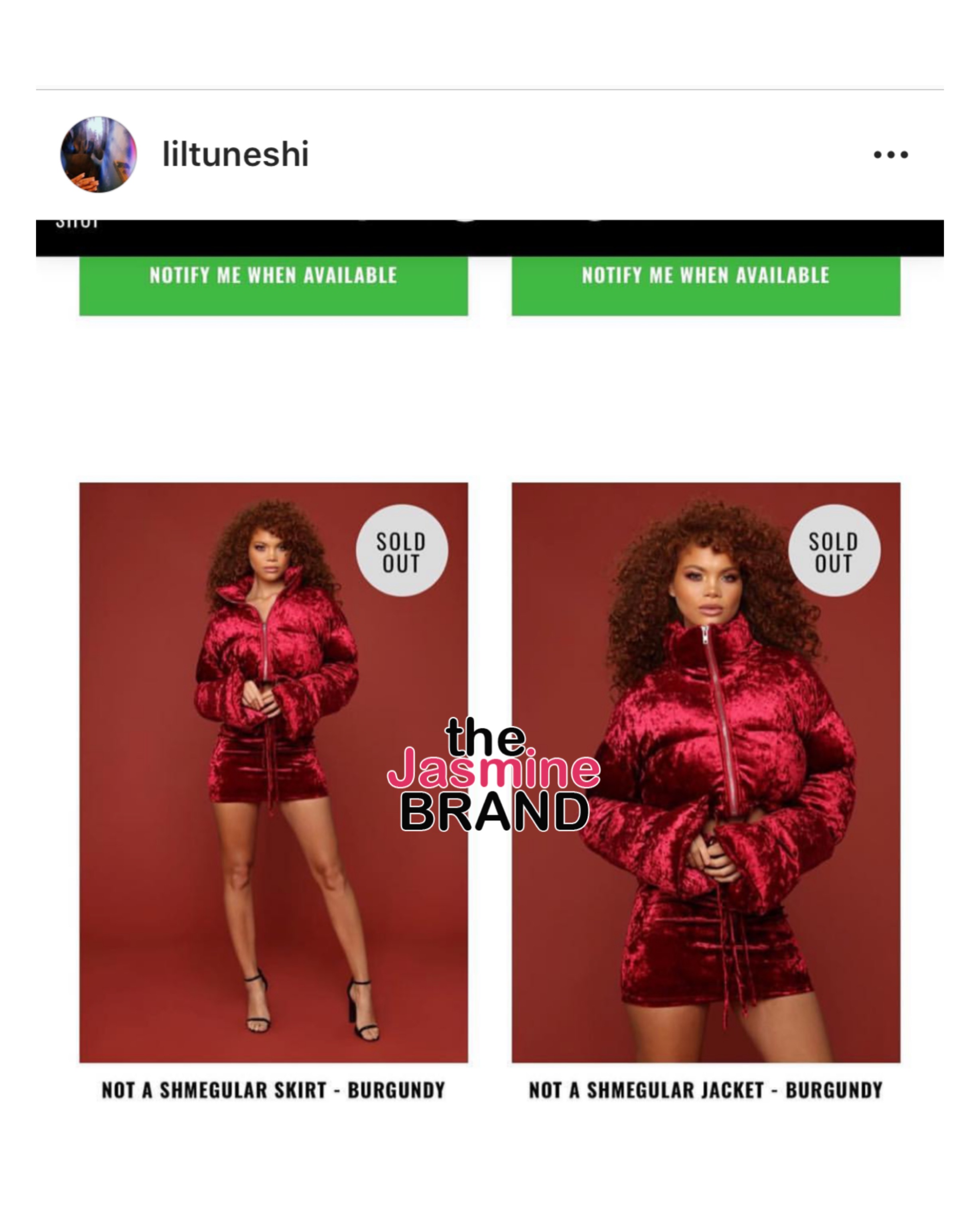 Cardi B responded to the post about the FashionNova design. 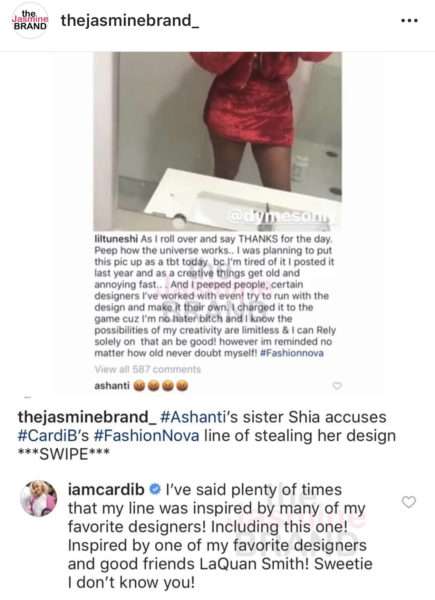 Shia also responded, saying that her post was moreso about not doubting her creativity. 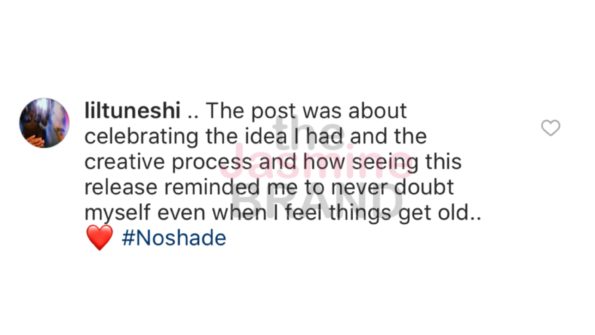 What do you think? Did Fashion Nova steal the look? Let us know in the comments.