He captioned the message, 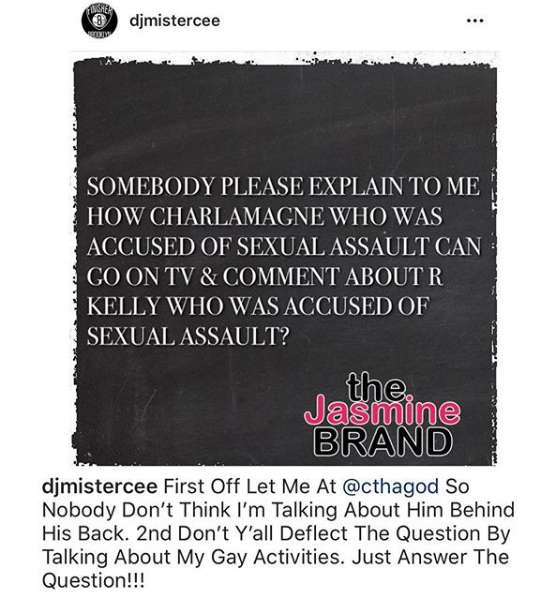 Mister Cee appears to be referencing Charlamagne’s 2001 rape case. Charlamagne has spoken openly about the case and released court documents noting that his DNA was not found on the alleged rape victim.

Mister Cee’s reference to his ‘gay activities’ appears to reference him allegedly admitting to being addicted to trans men and women.

Dream Hampton, one of the executive producer’s of “Surviving R.Kelly” tweeted that she regretted Charlamagne’s participation. 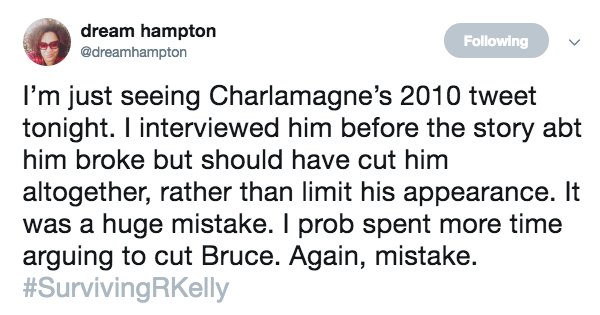 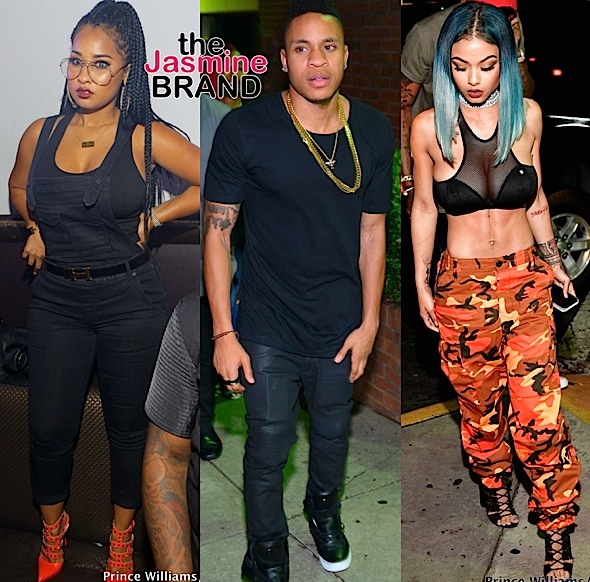 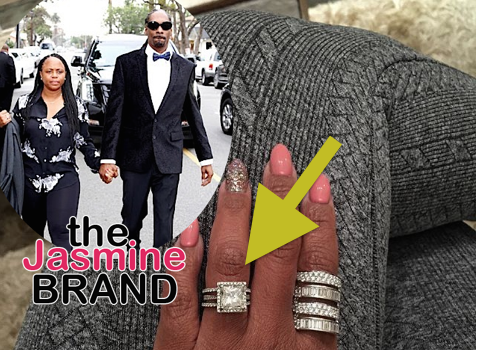 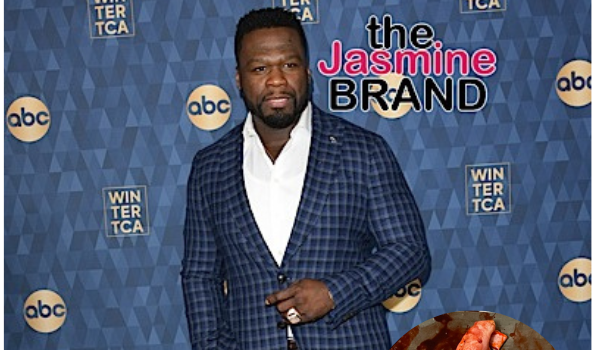 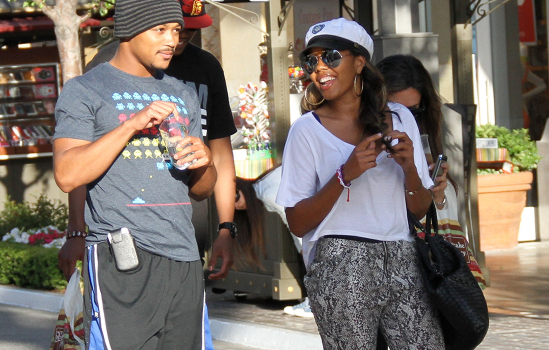