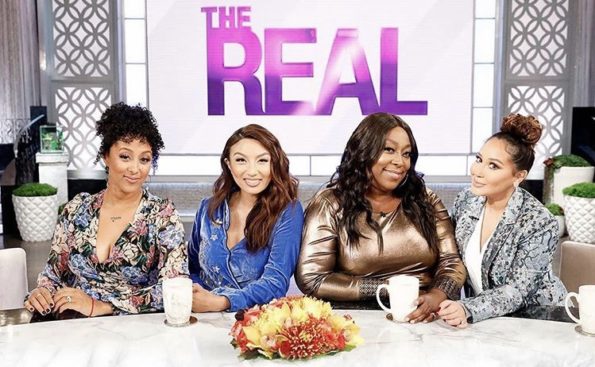 Are the ladies of the hit daytime talk show, “The Real,” keeping it real? An insider gave an interview to the Daily Mail, citing uncomfortable tensions among Tamera Mowry-Housley, Adrienne Bailon, Jeannie Mai, and Loni Love. There were several alleged arguments included, with the most fiery being their differences in paychecks! The source says that Tamera and Loni are the highest paid of the four ladies, and that they refuse to help Adrienne and Jeannie receive raises in their salary. The source said:

“Once they won the Emmy, Jeannie and Adrienne started complaining about how they knew they weren’t being compensated the same as their fellow co-hosts Loni and Tamera. They were even talking about staging a walk out…Initially, they wanted both Tamera and Loni to support them in their quest to get better deals on the show, but when both ladies declined that definitely meant that lines were drawn.”

The differences in pay are said to be so steep, that Adrienne and Jeannie are using Tyler Perry as an illustration for the financial divide. The source added:

“Jeannie and Adrienne have even started referring to their co-hosts as ‘The Have and The Have Nots’…That’s the term they’d use to address the pay discrepancy between them.”

According to the anonymous source, the other alleged differences among the hosts of “The Real” include:

– Tamera Mowry-Housely’s refusal to acknowledge her Republican political views
– The fact that the show’s ratings spiked 13% while Tamera took bereavement after her niece, Alaina Housely, was killed in the Thousand Oaks shooting
– Tamera and her husband, Adam, gave an exclusive interview to CBS about Alaina instead of “The Real”

This L.A. rain ain’t bringing us down! Shining bright for Monday – hope you are too, fam! ?

The ladies wasted no time squashing the rumors face-to-face on their own show, and even joked about the topic. The conversation went as follows:

“Jeannie Mai: One that actually hurt me is one that I read about us – that we were feuding, and that we were walking off set because of our salaries. And let me tell you – what I love about our unit is that the second we heard that, we immediately got on the chain and called each other. [to Tamera Mowry-Housely] I left you voicemails, and our video messages – because it was so important for us to make eye contact and be like, “You good? Are you ok? This is cool, right?”

Adrienne Houghton: [To Tamera] I’m like, wait, I was in your room yesterday doing some things that are very friendly! [to the audience] No! Oh no! Not like that!…[To Tamera] Remember? Spanx?

Adrienne: Guys! Not that friendly!

Adrienne: Come on!…“Adrienne and Tamera Do Friendly Things In The Dressing Room!”

Tamera: We were sharing some things…”

Adrienne: The crazy part is you almost have to ask yourself, ‘Who would believe this?’ but sadly, people do.

Tamera: Who would write that?

Adrienne: Who would write that, who would believe that…”

Loni Love chimed in, insinuating she would have addressed the both the tension and the differences in salary if it were true. The conversation continued as followed:

“Loni Love: The one thing is, is that we all have an ability to do interviews. If you’ve ever seen an interview from me, I tell the truth. I tell what’s on my mind, sometimes I tell the truth too much, OK?

Loni: The same thing with these other ladies, so if you’re hearing it from a source about this show, it’s not – no…’Cause if it’s coming from me or one of these ladies, it’ll be coming from us!

Tamera: I’m not afraid to speak the truth!

Watch the ladies of “The Real” squash the rumors below. 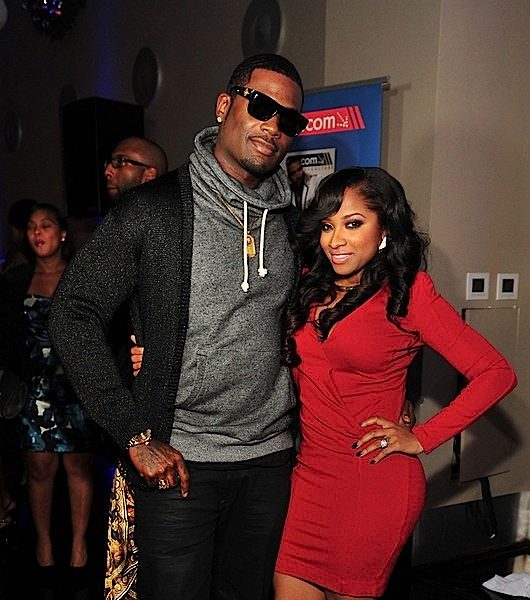 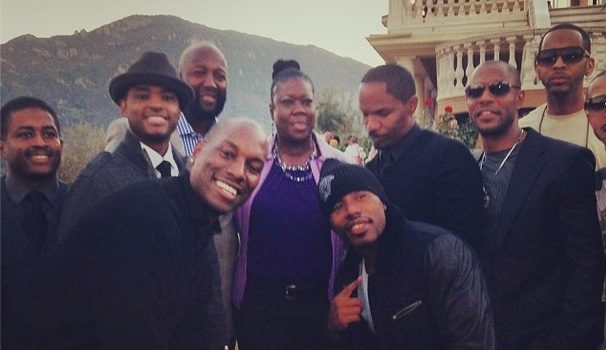