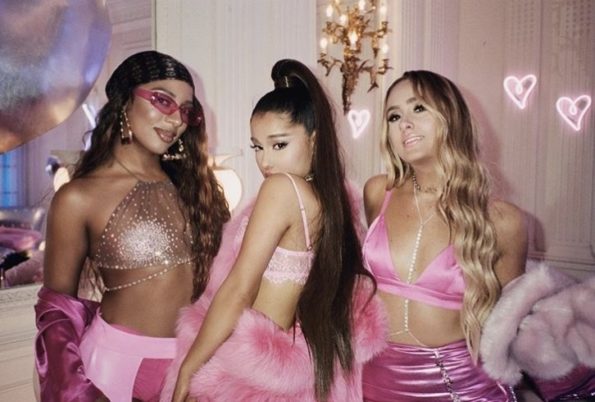 Ariana Grande just switched her style from sweetener, to savage! The “thank u, next” popstar recently dropped a brand new trap single called, “7 Rings.” Yes, you read that correctly – Ariana Grande released a trap song. In it, Ari sings and raps sassy lyrics about mending her broken heart with luxury purchases, and support from her girlfriends. The stunning pink visual to the song was dropped on YouTube at midnight (1/18/19). 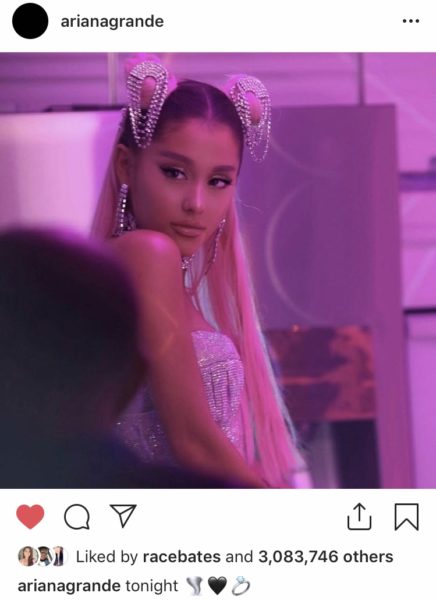 In fact, the title, “7 Rings” is a nod to her friends. Each ring represents a friend, and they all made a cameo in the video. The girls include Ariana herself, frequent collaborators Victoria Monet and Tayla Parx, hometown bestie Courtney Chipolone, dancer Rim Taya Shawki, influencer Alexa Luria, and singer/best friend to her ex Mac Miller – Njomza. 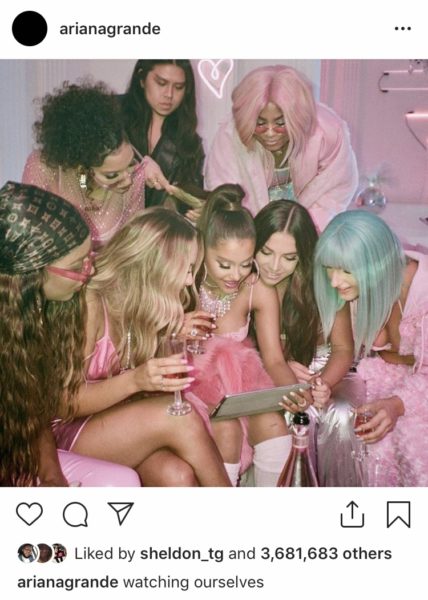 And she couldn’t forget “woman’s best friend.” Her dog, Toulouse, got her shine on in the video, too – donning a diamond chandelier necklace. 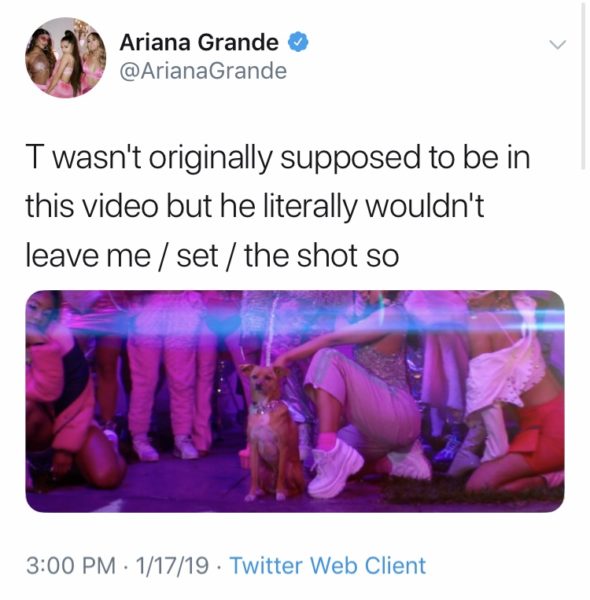 Apparently, Ariana Grande has wanted to walk in the shoes of a rapper for a while now. She credits her latest three singles’ sporadic releases to simply wanting to express herself outside of the confines of the music industry’s rules. She told Rolling Stone magazine:

“My dream has always been to be — obviously not a rapper, but, like, to put out music in the way that a rapper does. I feel like there are certain standards that pop women are held to that men aren’t,” Grande said. “We have to do the teaser before the single, then do the single, and wait to do the preorder, and radio has to impact before the video, and we have to do the discount on this day, and all this shit. It’s just like, ‘Bruh, I just want to fucking talk to my fans and sing and write music and drop it the way these boys do. Why do they get to make records like that and I don’t?’ So I do and I did and I am, and I will continue to.”

Ariana wanted to unapologetically express herself as a rapper would, and that she did. Here’s what we learned from some of the lyrics in “7 Rings:

1. Ariana loves a good musical. Some of the lyrics are set to the melody of “My Favorite Things” from “The Sound of Music:”

“Breakfast at Tiffany’s and bottles of bubbles / Girls with tattoos who like getting in trouble / Lashes and diamonds, ATM machines / Buy myself all of my favorite things”

2. She isn’t embarrassed about her bundles:

3. Being Ariana Grande’s friend comes with a souvenir:

4. She’s dusted herself off from the heartbreak of her split from fiance, Pete Davidson, and the death of her ex, rapper Mac Miller:

“Been through some bad sh*t, I should be a sad b*tch / Who woulda thought it’d turn me to a savage?”

5. She loves Notorious B.I.G. so much that she named her pet pig, Piggy Smallz, after him, and incorporated his song, “Gimme the Loot:”

“Make it all back in one loop, give me the loot”

“Whoever said money can’t solve your problems / Must not have had enough money to solve ’em / They say, ‘Which one?’ I say, ‘Nah, I want all of ’em’ / Happiness is the same price as red-bottoms”

“Rather be tied up with cuffs and not strings”

Her manager, Scooter Braun, gave insight on some of the single’s earliest numbers, and congratulated his artist on Twitter. 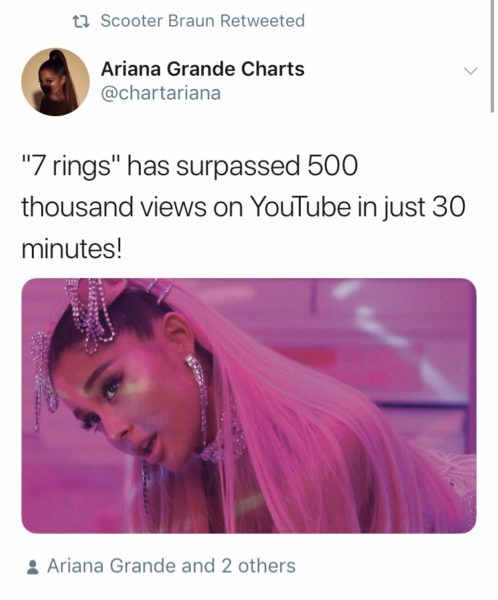 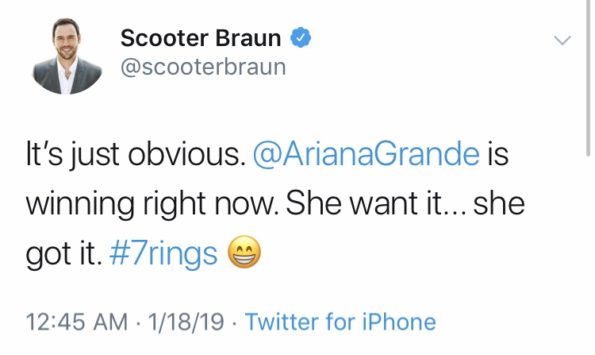 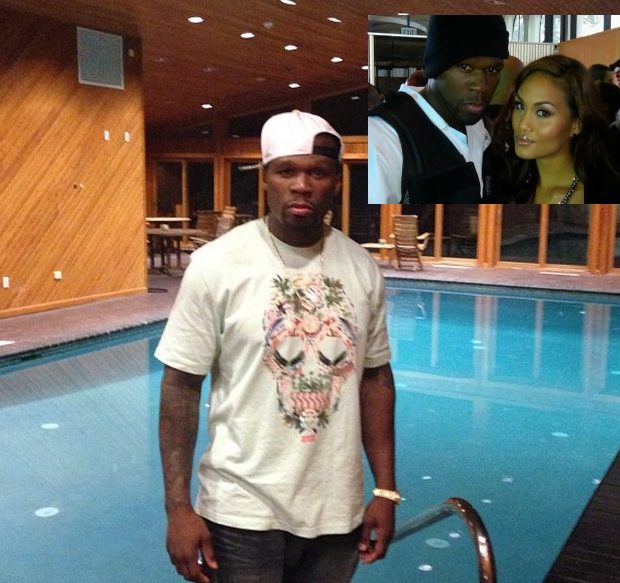 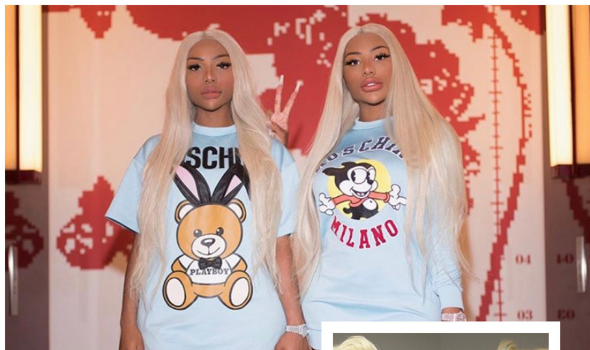 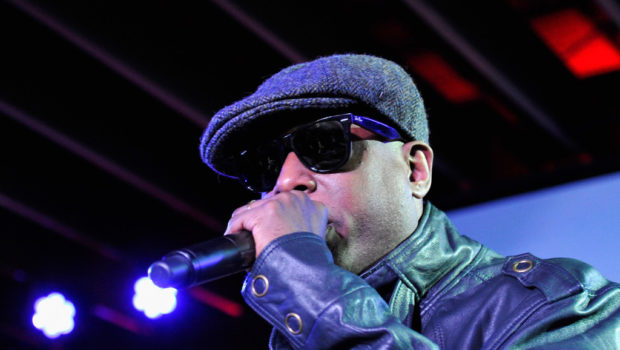 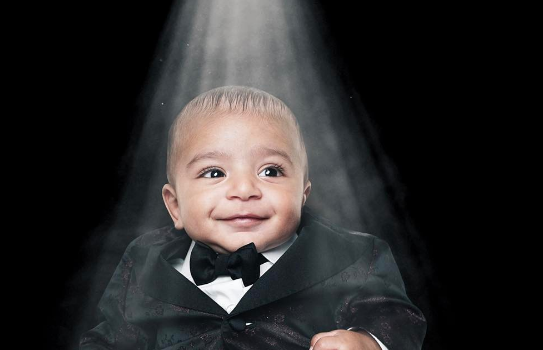