Kanye West is making good on a promise and continuing his recent charitable streak, and this time his Chicago hometown is set to benefit. It’s being reported that the legendary rapper/producer/designer is set to invest in an iconic Chicago landmark to bring it back to its full glory.

Back in September, Kanye West, along with his wife Kim Kardashian West and Chance The Rapper, visited Chicago’s Avalon Regal Theater just days after West revealed on social media that he planned to “restore the Regal Theater.” Well now, it appears that he is following through with his previous promise, as it’s being reported that West has invested the partial amount of a $1 million commitment, allowing the early stages of the restoration to begin.

The historic 91-year-old theater has been practically vacant for almost a decade, but it holds a special place in the hearts of many Chicago natives, including West, who’s involvement in the restoration has been kept under wraps until now. 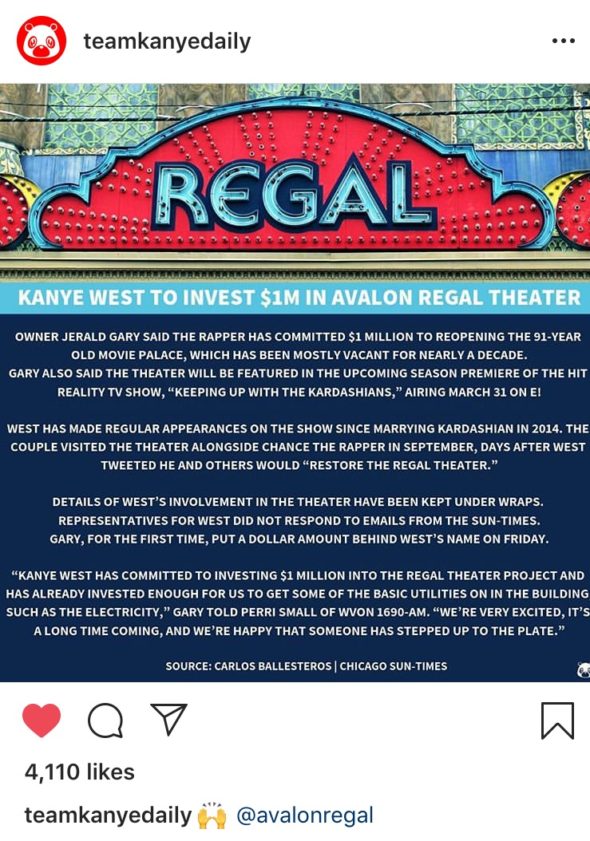 “Kanye West has committed to investing $1 million into the Regal Theater project and has already invested enough for us to get some of the basic utilities on in the building, such as the electricity. We’re very excited, it’s a long time coming, and we’re happy that someone has stepped up to the plate.”

After West’s initial visit back in September, Gary spoke highly of him and expressed gratitude for his investment:

“I am thrilled to have Kanye’s support as I work to reopen this landmark venue to the community and world. His global impact and influence can bring much needed positive attention to Chicago’s South Shore community.”

Additionally, Kanye West fans can expect to see parts of the theater’s restoration on the upcoming 16th season of his wife’s reality show Keeping Up With The Kardashians. Gary revealed the news of the theater being seen on the show, which premieres on March 31st.

Are you excited that Kanye West is giving back to his hometown? Have any of you ever visited The Avalon Regal Theater? Let us know in the comments

Chrisette Michele: My family disowned me over Trump. 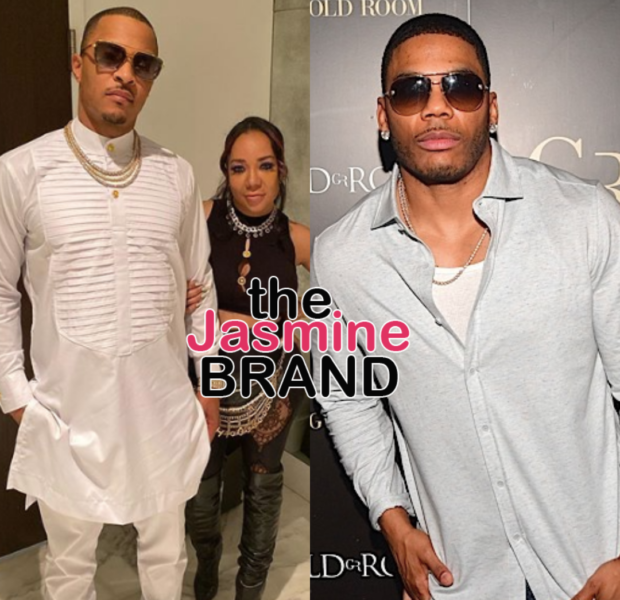 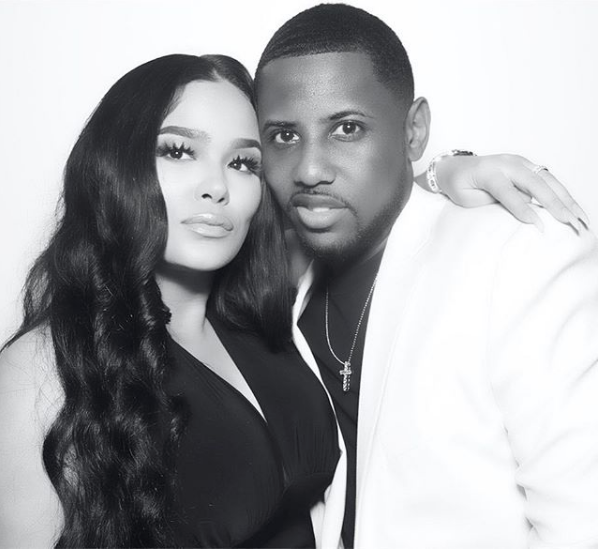 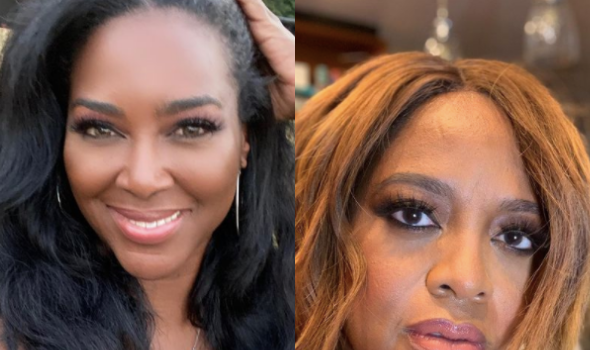