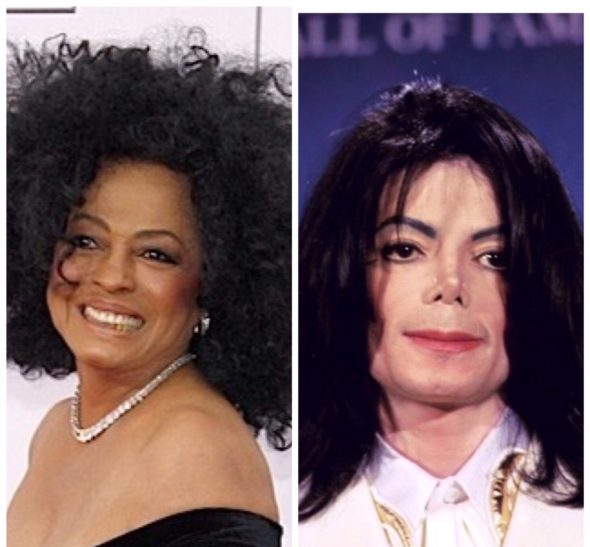 Following HBO’s Leaving Neverland documentary, many fans around the world and fellow celebrities, have come to the defense of iconic superstar Michael Jackson. Just last week singer/actor Evan Ross showed his love and support for Jackson on social media—and now his mother, the legendary Diana Ross, is doing the same.

If you are a Michael Jackson fan, a Diana Ross fan or fans of both legendary entertainers, then you already know just how deep their loving bond and connection went. 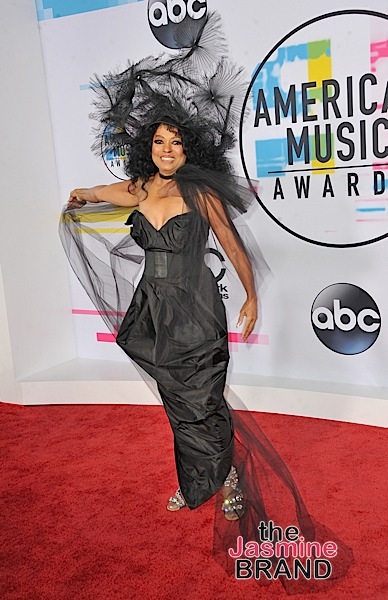 Ross practically took a young Michael Jackson under her wing from the time he was a child signed to Motown (also Ross’s label) with The Jackson 5. They both also openly expressed their love and admiration for each other throughout their historic careers. Jackson looked at Ross as a second mother to him, and she embraced him wholeheartedly.

This is why it shouldn’t come as a surprise to anyone that Ross is defending Jackson following the salacious documentary. She recently took to her Twitter account to express her sentiments regarding King of Pop.

“This is what’s on my heart this morning. I believe and trust that Michael Jackson was and is A magnificent incredible force to me and to many others. STOP IN THE NAME OF LOVE.” 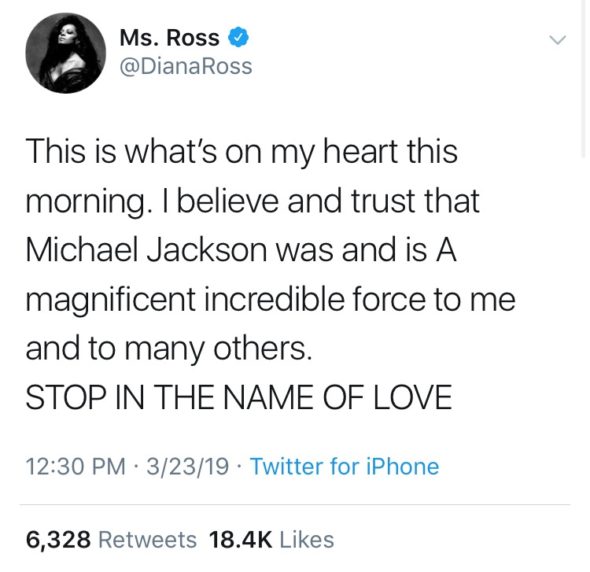 Ross is currently gearing up for her classic 1983 concert in Central Park to be released in theaters for the first time with never-before-seen footage on March 26th and March 28th to celebrate her 75th birthday. Meanwhile, the 10th anniversary of Michael Jackson’s death is this June.

DIANA ROSS // CENTRAL PARK ’83 // IN THEATERS MARCH 26 & 28 relive (or experience for the first time) the magic that is my mama @dianaross’s 1983 central park concert, in theaters for the first time ever featuring never-before-seen footage! tickets available at the link in my story. #dianaross #gomama

What do you think of Diana Ross’s comments about Michael Jackson? Let us know in the comments! 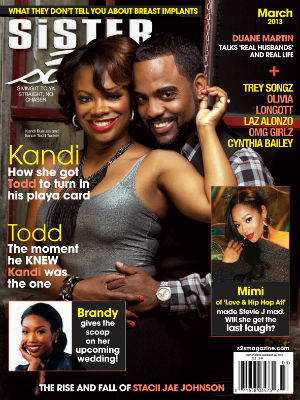 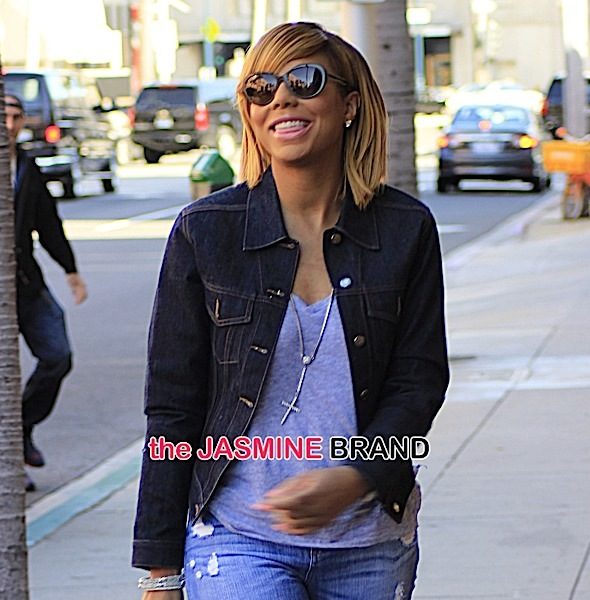 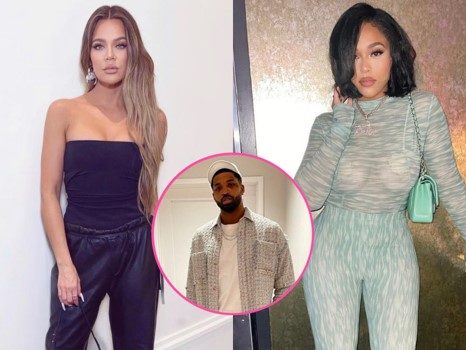 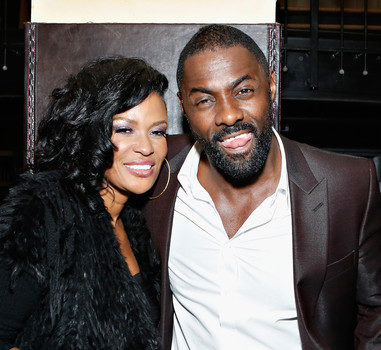