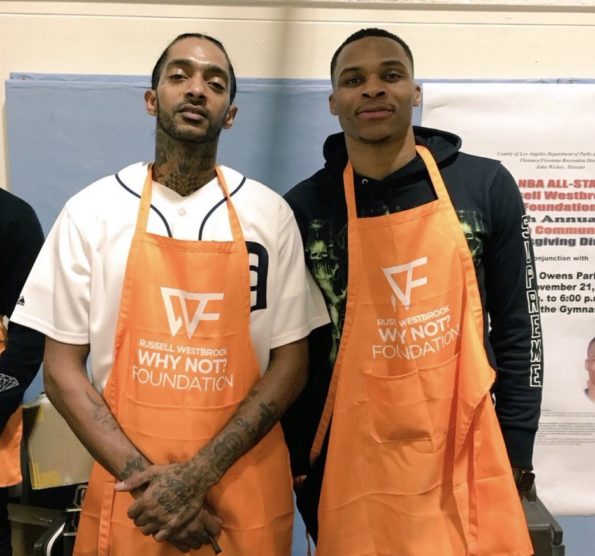 Prior to tip-off between the Los Angeles Lakers and Oklahoma City Thunder on Tuesday night, guard Russell Westbrook sat alone on the Thunder bench with a basketball between his legs, dancing along to Nipsey Hussle’s “Grindin’ All My Life.” His attire was also in honor of the rapper.

During the Thunder’s 119-103 victory over the Lakers, Westbrook made history with a heavy heart following the murder of fellow Los Angeles native and friend, Nipsey Hussle. Westbrook recorded the second 20-20-20 game in NBA history, putting up a monster 20 points, 20 rebounds and 21 assists night in Oklahoma. NBA legend Wilt Chamberlain was the only other player to do so, recording 22 points, 25 rebounds and 21 assists in 1968. Westbrook walked off the floor following their win with a heavy heart, having dedicated the performance to his friend. The former NBA MVP tells TNT, 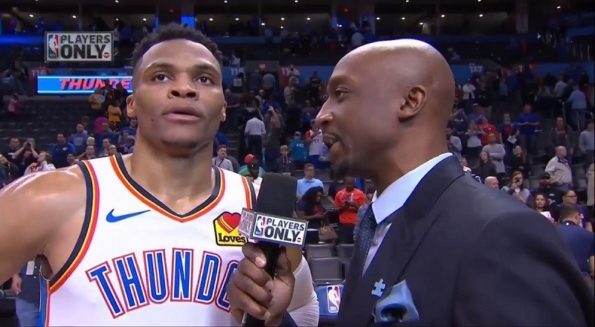 Westbrook was supported all over social media following his dedication game to Nipsey. After sharing his emotional message to Nipsey, Westbrook was shown love from Gucci Man, Ty Dolla $ign, and YG. 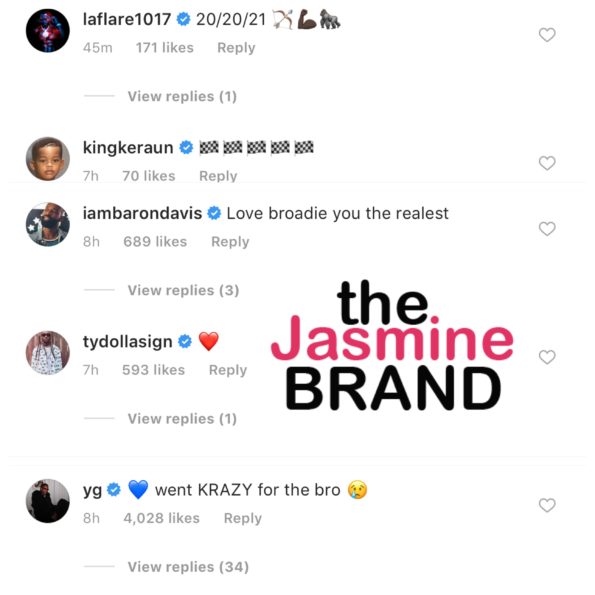 As previously reported, two days after the murder of Nipsey, Eric Holder, the man suspected of shooting and killing Nipsey, has been captured in the Bellflower area, of Los Angeles, according to deputies. The Los Angeles County Sheriff’s Department confirmed that Holder was caught by deputies sometime before 1:30 p.m.

LAPD Chief Michel Moore told reporters Tuesday that Holder, a gang member, approached Hussle and the other men he was with several times Sunday and spoke with them. Holder then returned with a handgun and opened fire.

What are your thoughts on Westbrook dedicating his game to Nipsey? Let us know in the comments! 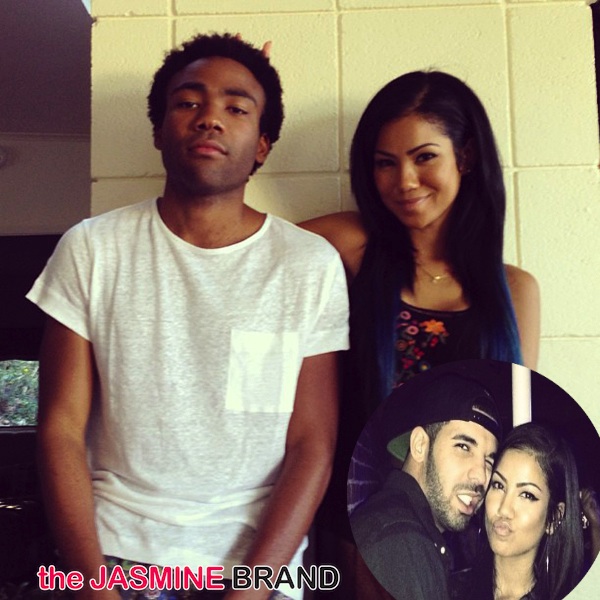 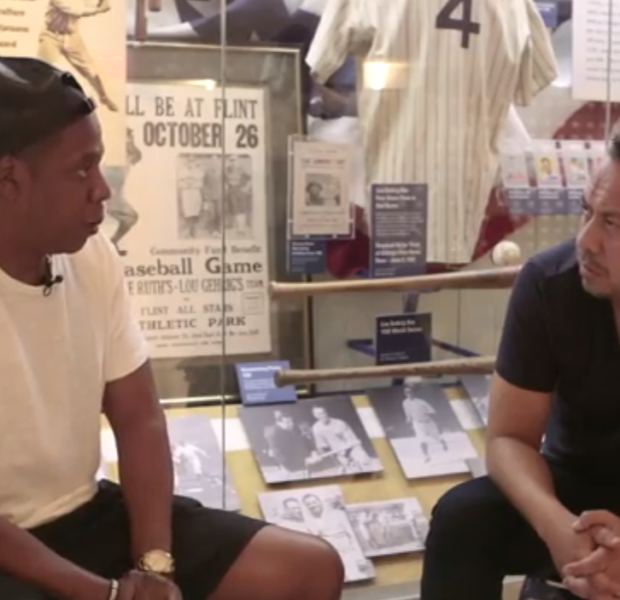 [VIDEO] Jay Z Talks Staying Competitive, Why He Recently Had Sleepless Nights + Refusing to Be A Prisoner to Fame 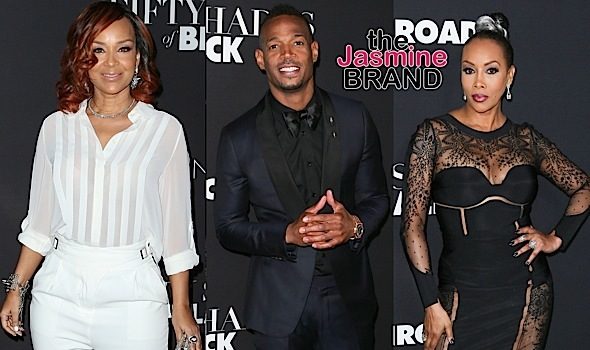 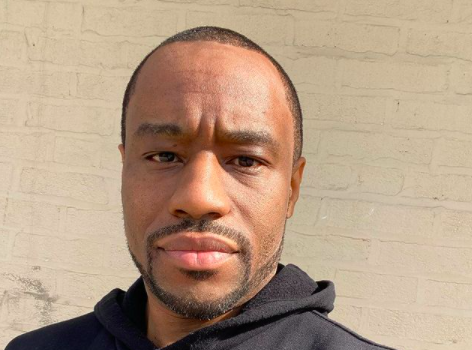