Empire is officially making history. On Wednesday’s season finale, for the first time, two black men were married on prime time TV. Jussie Smollett’s character Jamal and Toby Onwumere, who plays the role Kai, as his fiance, said ‘I Do’. Reportedly, this is the first black, gay wedding ever to air on TV.

Love brings the #Empire together. ??

Which couple’s wedding is your favorite? pic.twitter.com/DGaFj0Au7z

The episode comes almost a month after charges against the 36-year-old actor were dropped after he was accused of staging a hate crime. On January 29th, Jussie claimed that he was attacked in downtown Chicago by two masked men, who shouted racist and homophobic slurs at him. He was arrested and indicted on 16 counts of disorderly conduct for making false reports.

In late March, all charges were dropped.

Jussie’s sister, Jurnee Bell, shared her excitement about the episode, noting that her brother was instrumental in making this episode happened. She also referenced his latest controversy. Sharing a photo of the wedding scene, she writes:

Tonight, history will be made on @Empirefox. Its the first time two black men will be married on prime time television. Let that sink in. Jussie helped make this happen. Representation matters. I am not here to debate you on Jussie’s innocence …because I know he is. But whatever your beliefs are, I implore you to watch this episode. To celebrate the purity of love that we can all identify with regardless of race, religion, gender, age or sexuality. We must celebrate the groundbreaking history this show, this character and the creators have made in bringing Jamal to our homes. The noise should be able to stop for 1 hour. We can’t let this moment pass by simply because they don’t want to let this man live. It’s bigger than even him. Tonight. @empirefox #loveislove #istandwithjussie #jamallyon #nojussienoempire #nojamalnoempire #representationmatters #teamjamal #Empire #empireFox #jussiesmollett #tarajiphenson #terrencehoward #istillstandwithjussie #istandwithjussie 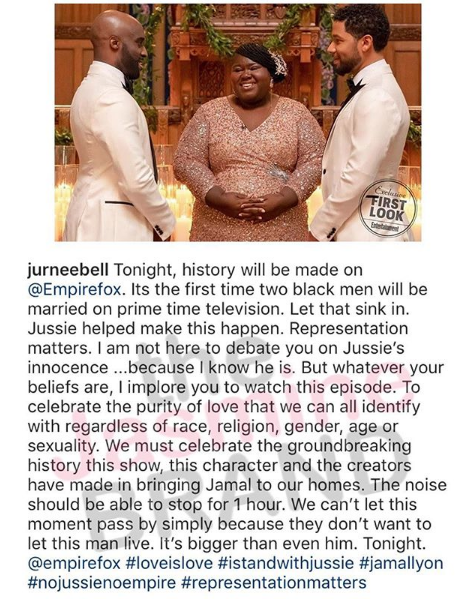 Jussie’s future on the show is still up in the air. Prior to the episode airing, stars of the show penned a letter asking that he be allowed to return to the series. Click here to read the letter. 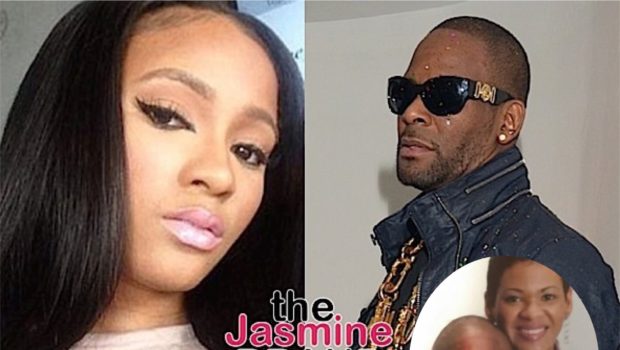 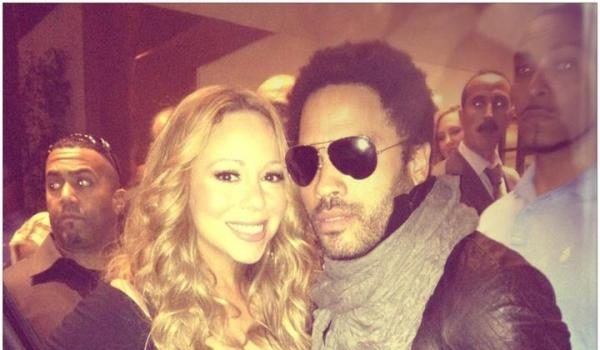