Actor Cory Feldman has questions regarding the aftermath of HBO’s Leaving Neverland documentary. The controversial docu showed two men, Wade Robson and James Safechuck, speaking on alleged sexual abuse they suffered by hands of Michael Jackson when they were children.

While it aired in January, the chatter surrounding it hasn’t shown any sign of slowing down.

Feldman is one of the latest celebrities to speak out about it. He said after watching the documentary with his family, he realized he had a similar past with Jackson as the two accusers. He stated in an interview:

“Everything was similar [to what happened to me] up until the sexual part. Everything. He bought me gifts, a Watchman TV, a gold watch from Disneyland.”

He revealed that it made him wonder what Jackson’s true intentions were.

“So was he grooming me and I just never ended up being his pick? Or was that just who he was? That’s the f***ing thing. We’ll never know. But I would have been exactly his type. I was cute, short and blond. You know?”

Interestingly enough, he went off on Twitter about the quotes and said he wasn’t happy about the article. 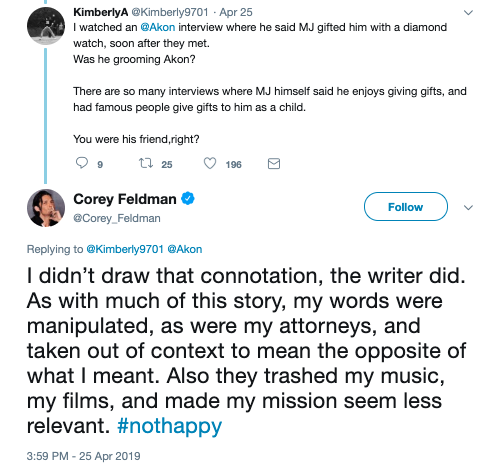 Still, Feldman has had his share of backlash thanks to other messages he tweeted last month about the documentary. 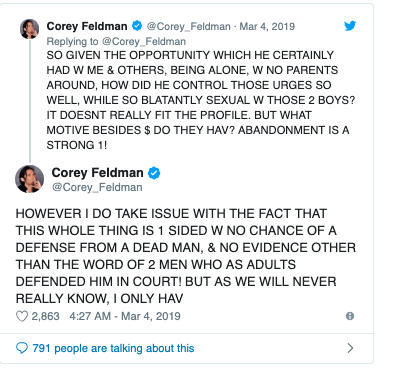 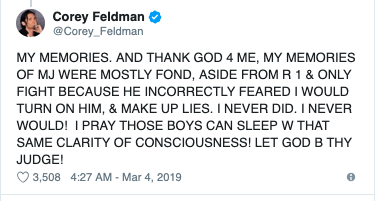 He later said in a statement,

“I want to be very clear. I stand for any and all victims of sexual abuse or assault. As a survivor and someone who has been fighting for this to become a focal topic of our society for decades and is fighting diligently to abolish the statutes of limitations across the country, I applaud all victims for letting their voices be heard and I encourage the public debate to continue.”

MJ’s family has maintained his innocence. The late singer’s nephew recently called out HBO for changing the description to the docu, adding the word ‘alleged’. 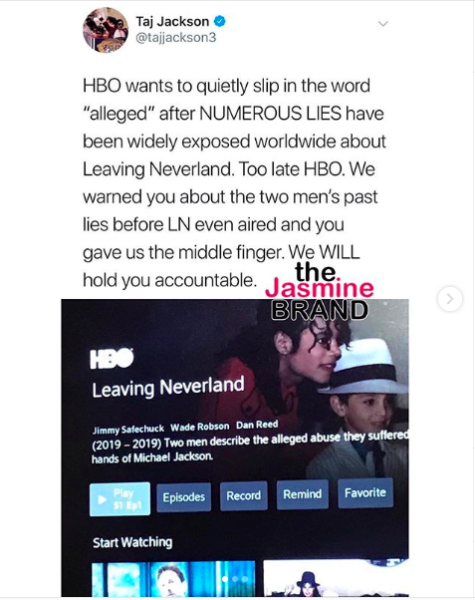 What do you think of what Cory Feldman has to say? Tell us in the comments. 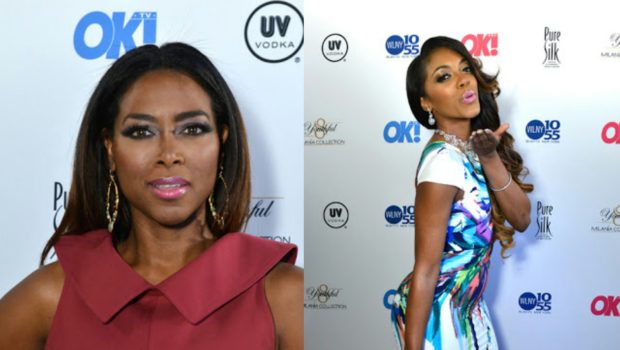