Just when we thought the 50 Cent and Teairra Mari feud couldn’t get any more intense. Now, they’ve tossed iconic series “Game of Thrones” into the mix.

It started when Teairra Mari put 50 Cent’s head on a character, Tyrion Lannister aka the Imp aka the Halfman, from the series. The real character is portrayed by actor Peter Dinklage. 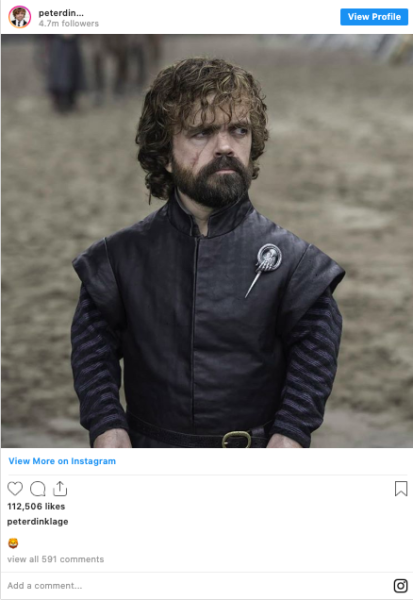 Teairra Mari joked that she found the perfect leading man for the video to her song “I Ain’t Got It.” It’s her latest move as 50 Cent continues to call out Teairra Mari for owing him $30,000. The amount stems from a judge’s order after she lost her lawsuit against him.

I appreciate all the submissions! It’s Such a blessing!!! I finally found the lead guy for the video “I Aint Got it” ????? •Lil Fofty the Imp• Hand of the Queen • We shoot on Tuesday in NYC PULL

50 Cent then shared the screenshot and slammed “Game of Thrones” fans, stating his Starz series “Power” is much better.

“This s*** ain’t nothing but hating ** game of throne fans sit there with too much time on there hands mad because. POWER is #1 f*** you and your flying dragons. We on some real life s*** hoe.?#lecheminduroi #bransoncognac“ 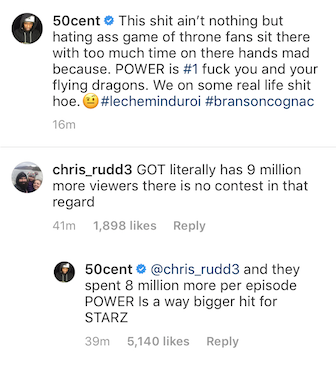 For a quick comparison, “Game of Thrones” 8th season premiere brought in 17.4 million viewers last month, according to reports. “Power,” which is heading into its 6th and final season, reportedly brought in 1.53 million viewers for its 5th season premiere last September.
Are you for “Power”, “Game of Thrones” or both? Tell us in the comments!
Tags: 50 cent, game of thrones, recommend, teairra mari
Tweet Like Plus Pin It Share