President Donald Trump is never too shy to speak his mind on Twitter. The latest celebrity being called out on his Twitter feed is none other than actress Bette Midler. He recently tweeted:

“Washed up psycho @BetteMidler was forced to apologize for a statement she attributed to me that turned out to be totally fabricated by her in order to make “your great president” look really bad. She got caught, just like the Fake News Media gets caught. A sick scammer!”

On Sunday, Midler shared a snapshot of young Trump with a quote that seemingly came from the now President of the United States. The quote that dates back to 1998 said,

“If I were to run, I’d run as a Republican. They’re the dumbest group of voters in the country. They believe anything on Fox News. I could lie and they’d still eat it up. I bet my numbers would be terrific.”

“He certainly knew his crowd.”

She later deleted the tweet and apologized instead after stating it was false.

“I apologize; this quote turns out to be a fake from way back in ‘15-16. Don’t know how I missed it, but it sounds SO much like him that I believed it was true! Fact Check: Did Trump say in ’98 Republicans are dumb?” 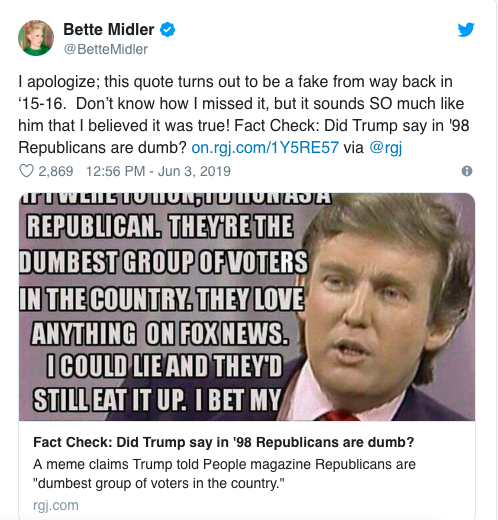 Interestingly enough, she followed it up with,

“Yes, one must always check the quotes. That should take up, oh, maybe 23 of the 24 hours in the day? Because there are SO MANY LIES, most of them generated by Trump himself, that the task of separating the truth from the lies is impossible. Which is just how he likes it. #CHAOS“ 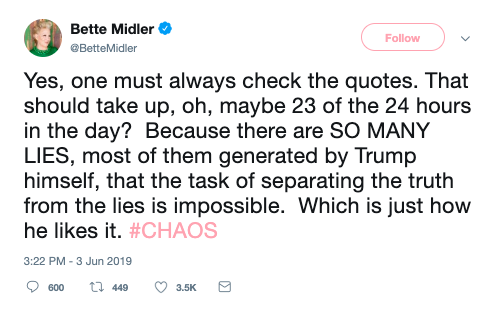 She also taunted Trump supporters after one person made it clear he’s not popular in Britain.

That didn’t stop her from blasting him once again Tuesday.

“Trump said he was greeted by thousands in the UK, but they were actually thousands of protesters. How does he always hear the opposite of the truth? Donald, if you’re reading this you SHOULD NOT slam your d*** in a door!”

She also came for a tux he sported while in London meeting the royal family this week.

“PROPORTION FAIL!! His white waistcoat is at least two inches too long; tailcoat is supposed to be almost the same length as the waistcoat beneath, sleeves should be shorter and show a bit of the cuff below, waist itself is nipped in…what a figure he cuts! Fire the tailor!!” 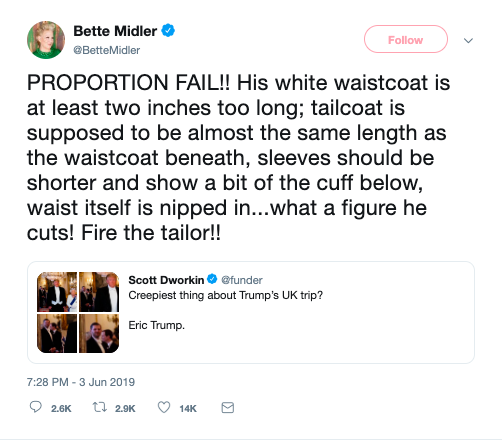 “Queen Elizabeth gave Trump #WinstonChurchill’s copy of a rare book. Even more rare? The chance that Trump would actually read it, or ANY book.”

Clearly Midler is no stranger in insulting Trump. She once laughed at one post that made fun of his infamous hair when he was still a candidate in the 2016 race for President. 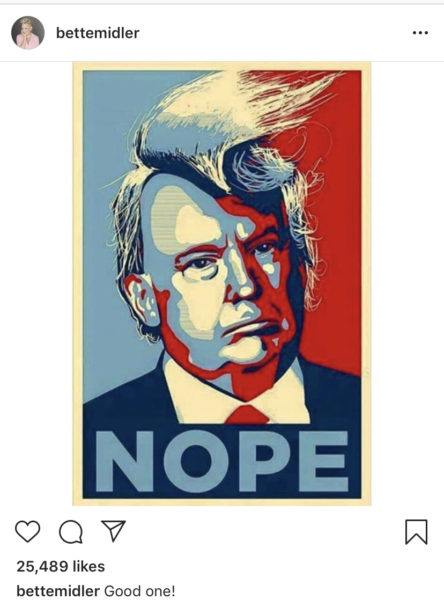 What are your thoughts about this situation? Tell us in the comments. 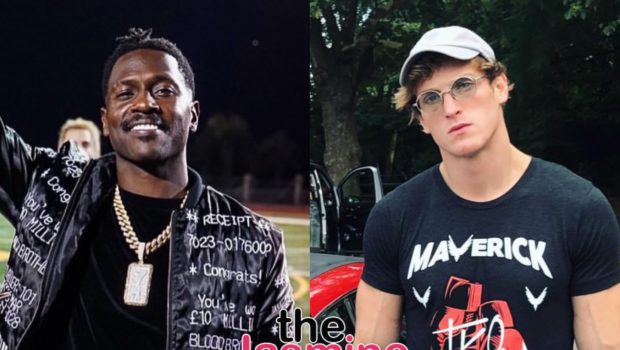 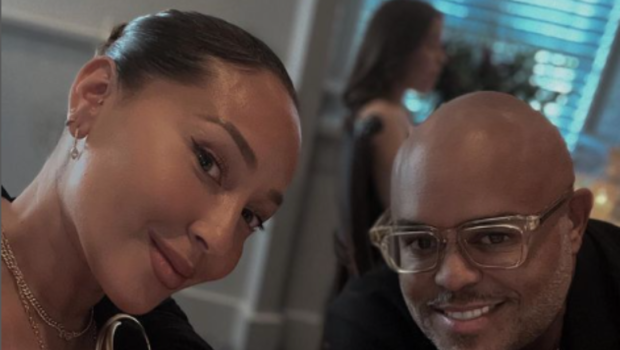