Rapper J. Cole is on top of the world right now! On top of his song, “Middle Child,” being the first platinum single of the year – his record label, Dreamville’s, new album – “Revenge of the Dreamers” – just dropped.

While celebrating the album’s release, he touched on how genuine support of underground artists can kickstart their career. He also thanked his fellow Dreamville collaborators for contributing their talents to the project. 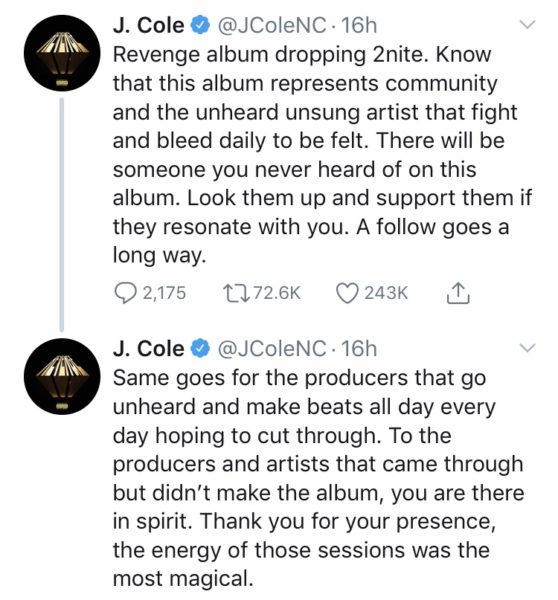 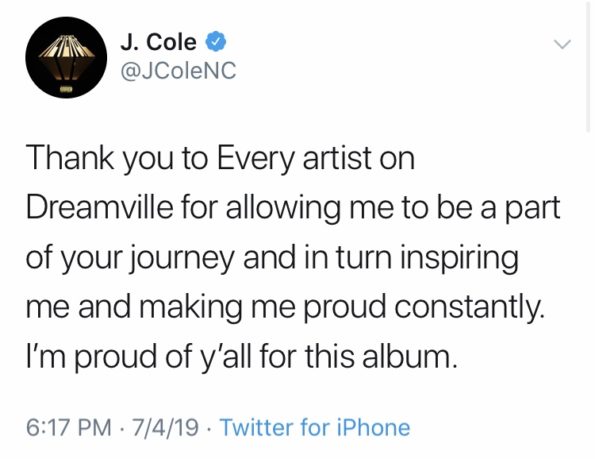 But a new album isn’t the only thing being birthed in J. Cole’s life. On the “Revenge of the Dreamers'” song, “Sacrifices,” he revealed he and his wife, Melissa Heholt, are expecting baby number two!

On his 2017 album, “4 Your Eyez Only,” he acknowledged the child’s birth – but never revealed the gender. 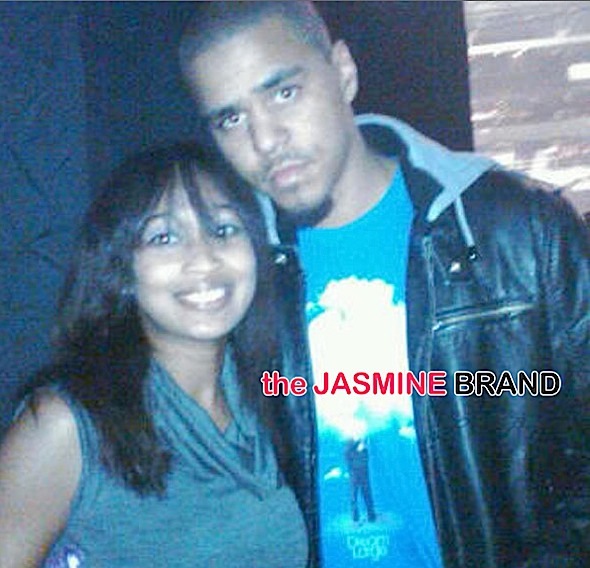 A throwback photo of J.Cole and Melissa

He and his college sweetheart Melissa dated for many years before tying the knot in 2016. 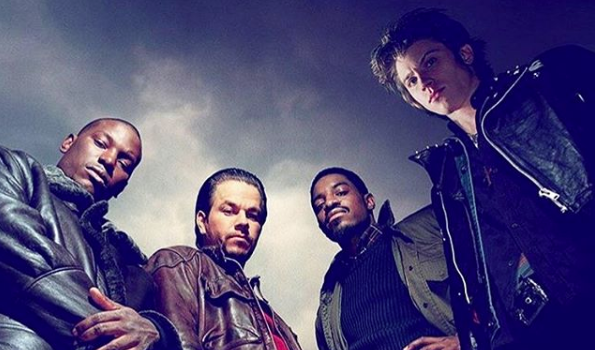 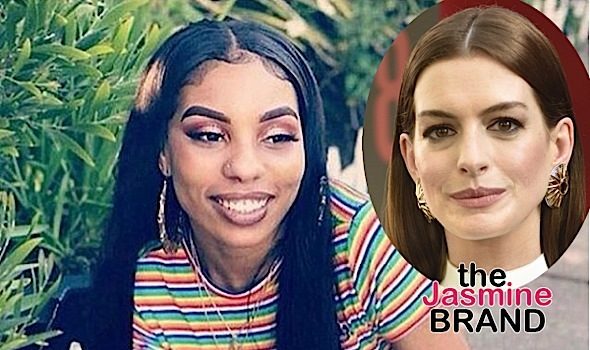