The mother of Drake’s son, Sophie Brussaux, is showing off her bikini body. Over the holiday weekend, she was spotted on the beach in Lacanua, Aquitaine, France. In one photo, she hold a water gun in one hand and a glass of wine in the other, with a blow-up flamingo around her waist. Wearing a red, white and blue stripped bikini she captioned the image 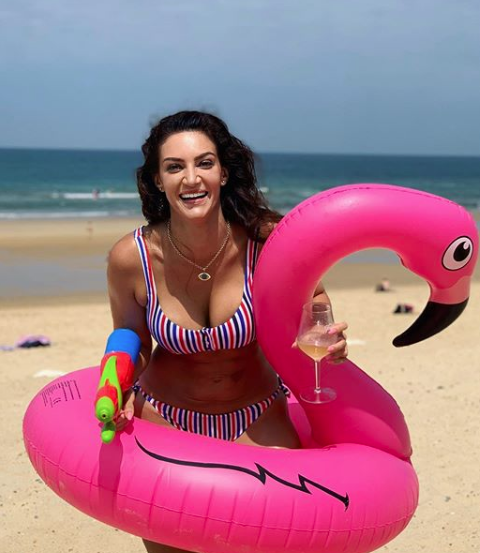 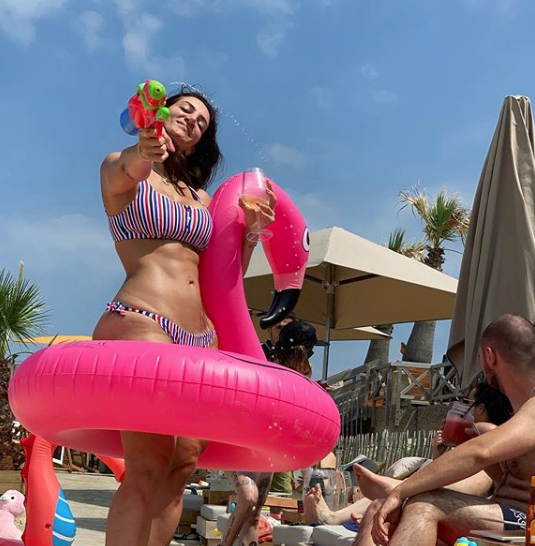 In other photo, she sweetly kisses a friend of the cheek and wishes her happy birthday. 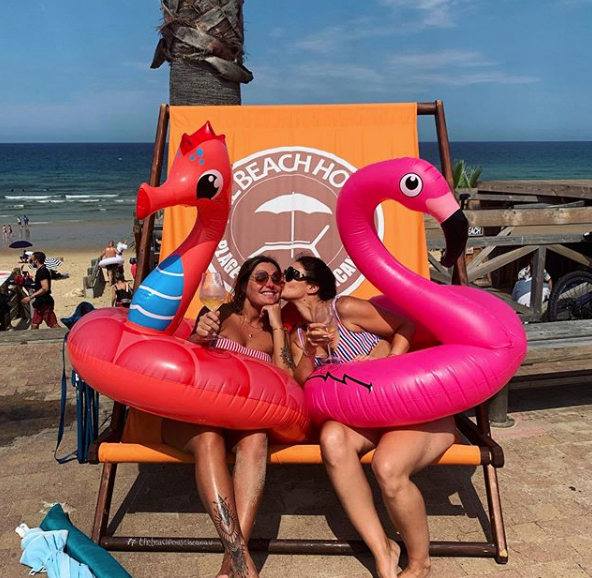 Her pregnancy was the subject of several and began to make headlines after Pusha T released a song called The Story of Adidon, which discussed Drake secretly having a child.

Drake eventually confirmed his fatherhood on the album Scorpion in 2018. 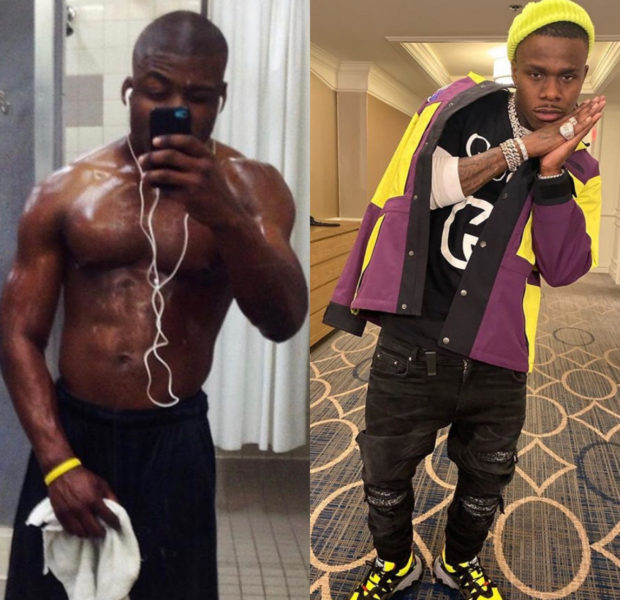 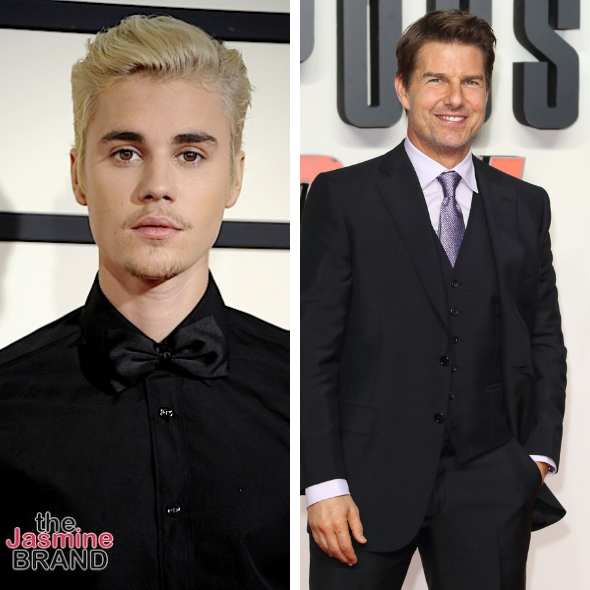 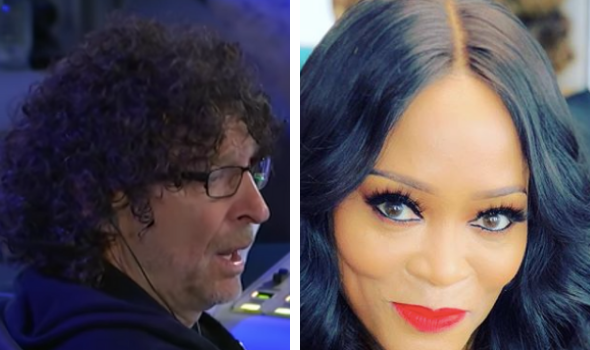 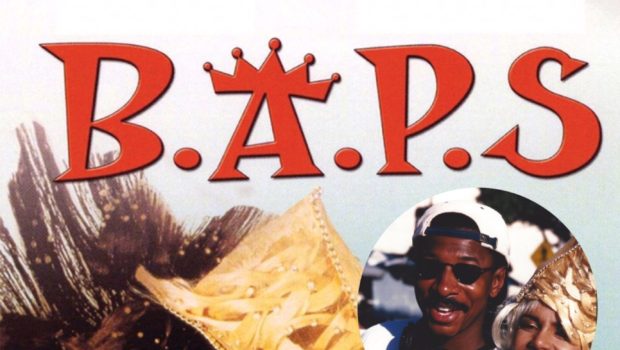