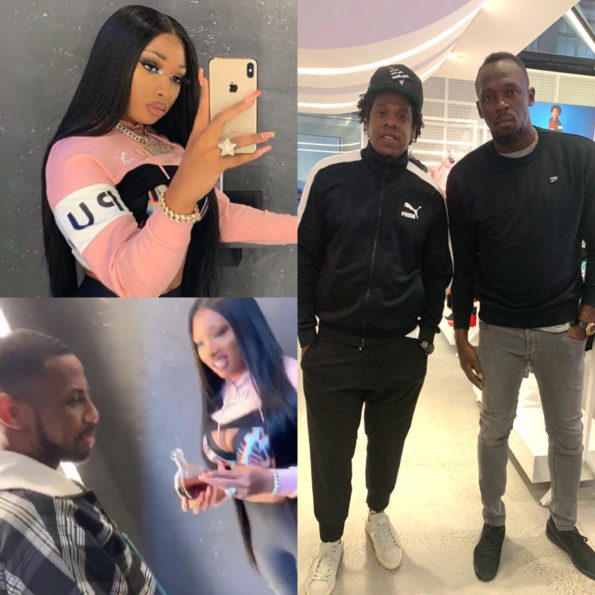 Celebrities flocked to New York City yesterday (8/29/19) for the star-studded grand opening of the Puma flagship store on 5th Avenue. One person may have had a little more fun than most – rap sensation Megan Thee Stallion. 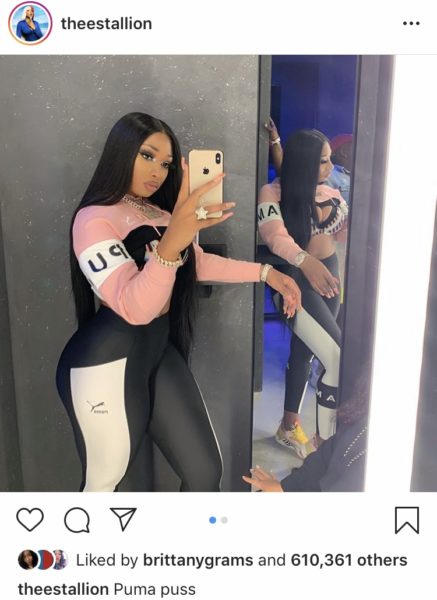 The H-Town hottie was seen letting rapper Fabolous drive the boat – a phrase she coined where she assists in fellow celebrities’ turn up sessions, pouring Hennessy in their mouths waterfall-style. This time, D’usse was the drink of choice!

She even caught up with hip-hop mogul, Jay-Z, who serves as creative director of the brand. Could they have been planning the Beyonce collaboration Megan Thee Stallion is dreaming of?

Olympic champion Usain Bolt also made an appearance, bragging on how he chopped it up with Hov.

We Clear Why We Here, How About You?
Ain't no such thing as an ugly billionaire #JayZ #PumaGang @PUMA pic.twitter.com/dFUQn3vvAQ

Hip-hop and Puma sneakers have been a match made in heaven since the genre’s early days, and it’s clear that partnership is here to stay. On September 5th, late rapper Nipsey Hussle‘s Puma capsule collection drops.

How do you rock your Pumas? Let us know in the comments. 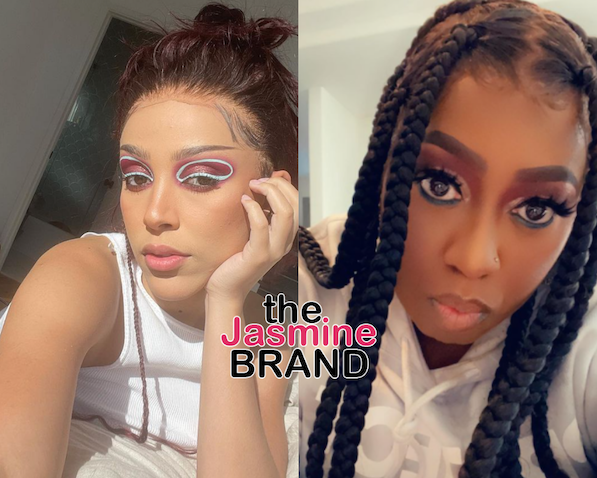 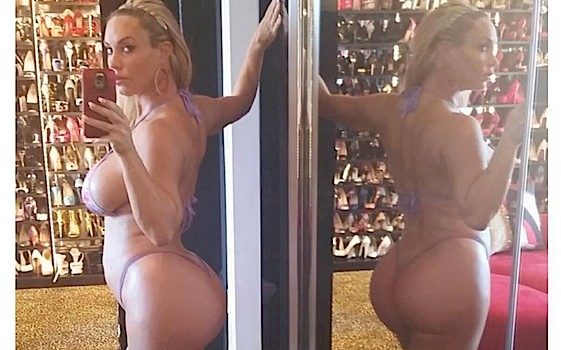 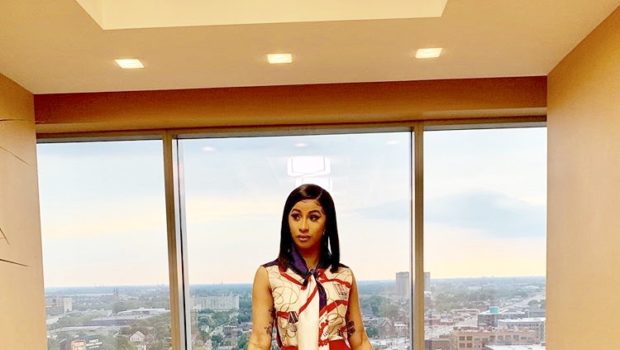 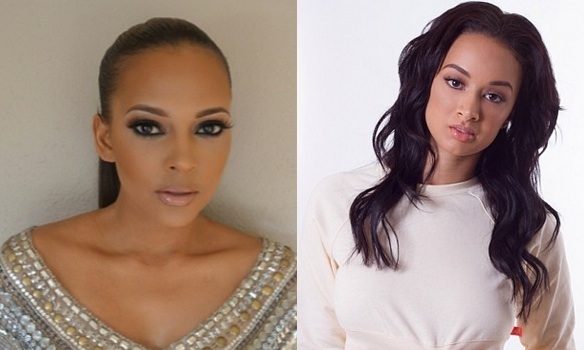