Kevin Hart has begun his long road to recovery after a serious car accident Sunday night. According to the latest reports, he is now out of surgery after suffering back injuries after the crash.

All went well and he is expected to be released from the hospital this week.

Contrary to reports that he is paralyzed, the comedian is also able to walk and will reportedly

As previously reported, Hart fortunately survived a nearly fatal car accident on Mulholland Highway in L.A. Sunday morning. He was taken to the hospital for treatment on what was described as a

While Hart’s classic 1970 Plymouth Barracuda was involved in the accident, actor Jared Black was behind the wheel and Black’s fiance fitness star Rebecca Broxterman was also in the vehicle.

Black was airlifted to the UCLA Medical Center while firefighters had to pull Broxterman out of the car. They are both recovering from their injuries as well.

Celebrities have also shared their thoughts and prayers for Hart. 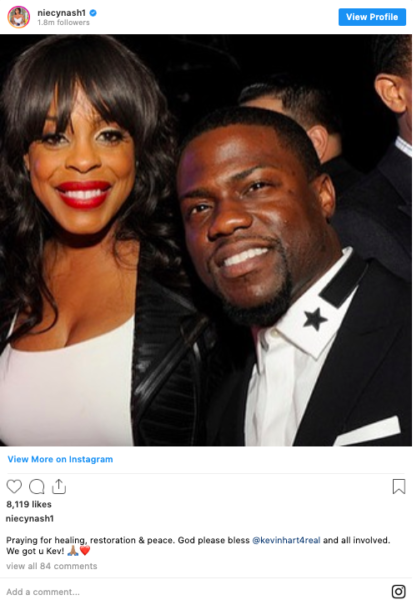 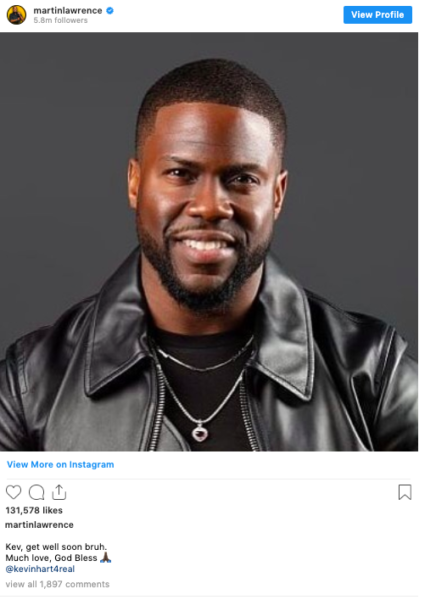 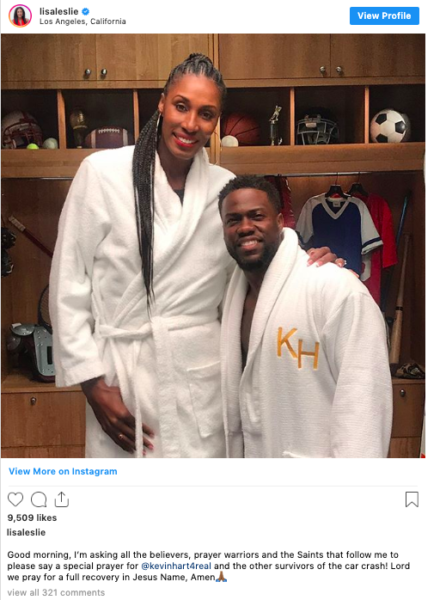 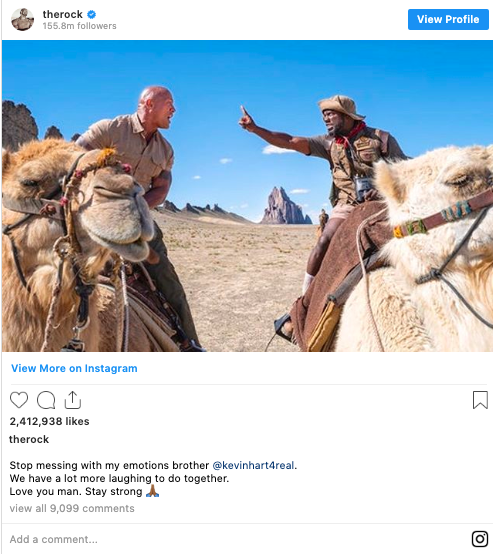 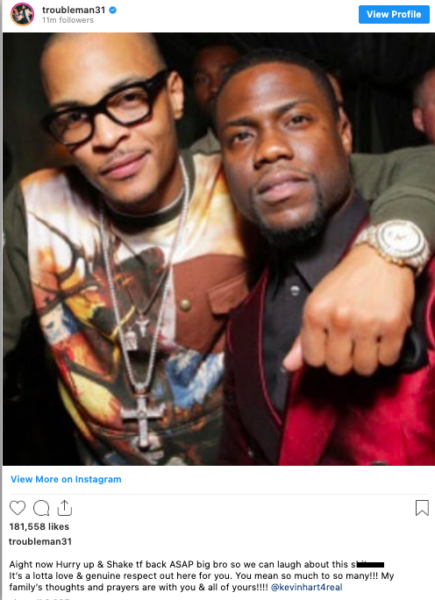 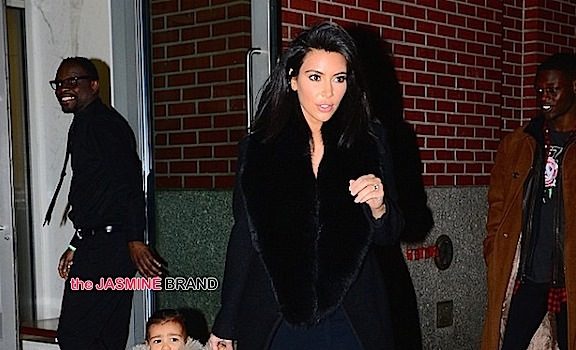 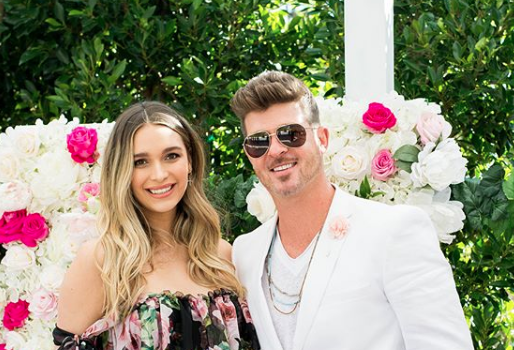