T.I. took issue with a second offering at New Birth Missionary Baptist Church in Atlanta, Ga. The rapper and activist attended the church in support of Kanye West, who held his popular Sunday Service there. While there, T.I. made it clear he wasn’t here for a pastor taking a second offering. He suggested that the millionaire status of he and his wife Tameka “Tiny” Harris prompted the offering.

He said on his ExpidiTIously podcast,

“I cut my fellowshipping short at Magic City to go and get me 45 minutes of sleep, to get up and drive out here to be accosted and basically exploited…”

Killer Mike, who was the guest, added,

“Finessed out some money.”

Killer Mike also hinted at it being a

Just days before his podcast, T.I. already posted a photo of his face during the service. 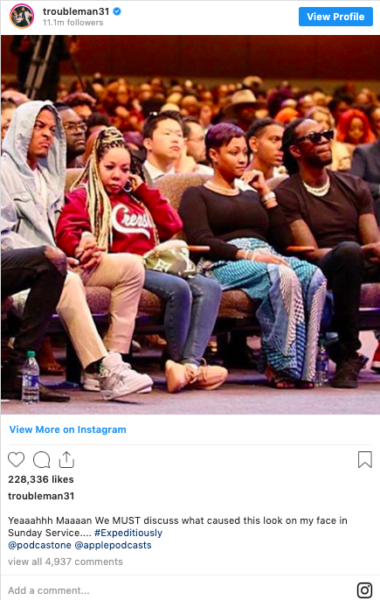 The pastor of New Birth, Jamal Bryant responded shortly after.

To my comrades @troubleman31 & @killermike let me first say I appreciate your unwavering commitment to the empowerment of this generation. We have echoed the same sentiments on many issues down through the years and was energized by the partnership. I was awakened to your clip this morning and felt compelled to lend context. To have both of you in church was meaningful for many reasons. This is the largest demographic of blacks who don’t buy into organized religion in our history and in large measure because of reasons you have illuminated. To not give redress would be an assault to the body of Christ when I believe I am an ambassador as the two of you are for your field. I don’t want Sunday to be used as further ammunition as to why people don’t go to church without them knowing at this same church we gave 5000 pairs of new back to school shoes to kids of #Atlanta, or that we spearheaded 9 million campaign to support @bennett_college , or that we bailed out nonviolent offenders or that we partnered with @delta to send 4 cargo to #Bahamas for hurricane release or that we’ve partnered with @_hamptonu to place 95 displaced students or that we fed the furloughed workers for two weeks while the government was shut down or that we went into housing projects to feed kids of #dekalb county during spring break. For none of these projects were you solicited for a donation.The reality is when I came to @newbirthmbc 9 months ago I was met with a 30 million dollar debt that must be paid so that we can be free to do real community development like affordable housing ,entrepreneur work space and medical clinics. I’ve been teaching on self help which are values you both promote. @bishophilliard was invited months ago with no knowledge #kanyewest was coming or either of you. So there was NO money grab intention but part of an internal strategy to mobilize our church community to move towards economic independence. As black men I hope we can come together “expeditiously” to find common ground to build. I want to invite both of you to come and give church another chance. I promise you I’m more interested in your life than your life savings! #runthejewels #bigthingspoppin

T.I. and Killer Mike both commented, seeming to squash any drama. 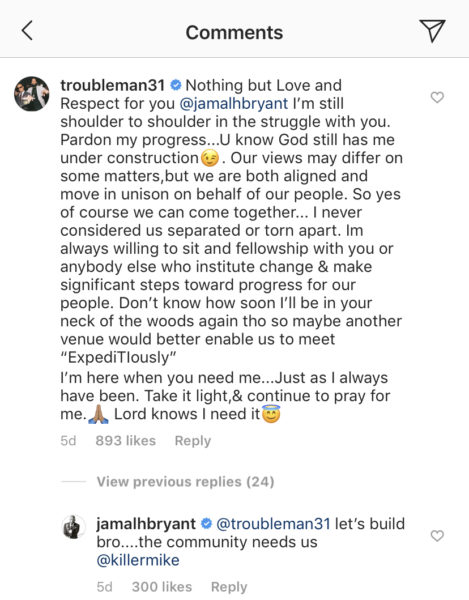 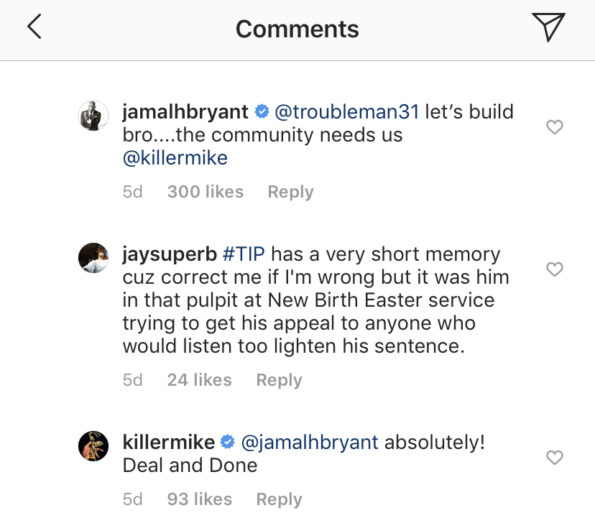 What are your thoughts on T.I.’s comments and Pastor Jamal’s response? Tell us in the comments! 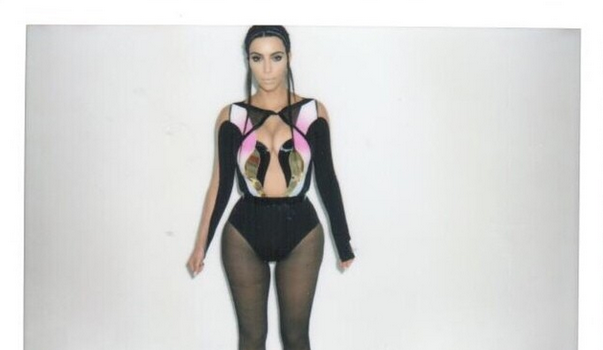 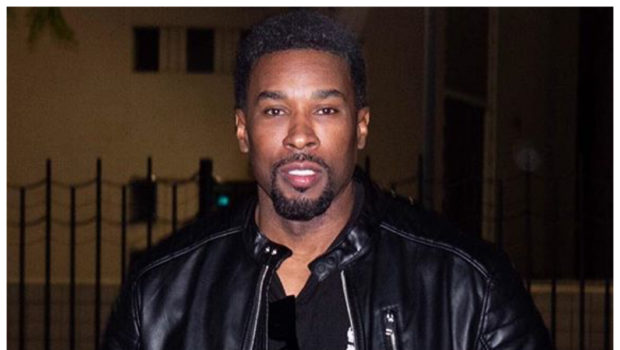