The restaurant announced the closing earlier this week and said that it was because of flooding. 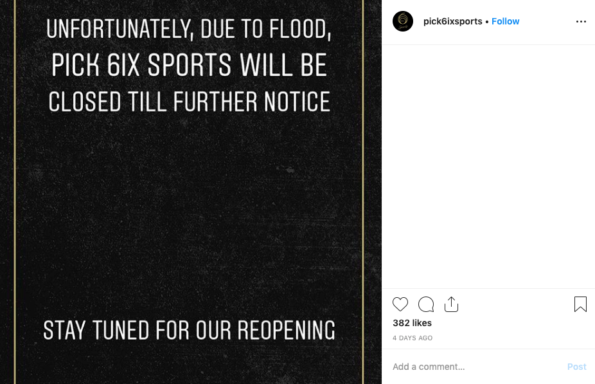 According to reports, a note on the door of the restaurant also reads,

“We are working hard to effect repairs to ensure your future dining experiences with us will be pleasant ones. We apologize for any inconvenience and look forward to seeing you when we reopen.”

Still, there is speculation that the restaurant was behind on rent. Property management put a notice on the restaurant’s door as early as Thursday (Nov. 21), which said the landlord terminated the lease because of $67,514.73 in back rent.

Pick 6ix Sports’ operations manager, Jeff Darby, is sticking to the flooding story. He told Global News that the restaurant

“temporarily closed due to flooding that happened last week.”

He also denied the eatery owing back rent.

“We have always paid rent on time and this month is no different, despite a number of issues with the building, including two floods in the past two years due to issues with the pipes. We plan to continue to work with the landlord to resolve any misunderstanding and get back to repairing the restaurant from the water damage.”

“We’ve asked the building management to remove the sign as it is not only unnecessary but also inaccurate. We want to thank our customers for their patience and hope to reopen again in the new year.”

See photos of the flooding here. The restaurant has an expected reopen date of March 2020.

This isn’t the first time its closed its doors temporarily.

Back in March 2018, it was closed for months as the restaurant transformed from Pick6ix to Pick 6ix Sports.

Hopefully everything works out for Drake and his restaurant! 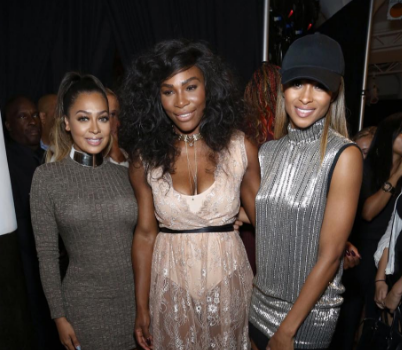