“If you told me 30 years ago that I’d be this boring stay-at-home house dad and Bill Cosby would be in jail, even I wouldn’t have took that bet.”

He then imitated Cosby asking the audience,

“Who is America’s Dad now?”

“Mr Cosby became the first black to win an Emmy for his role in I Spy, and Mr Cosby broke colour barriers in the entertainment industry, so that blacks like Eddie Murphy, Dave Chappell [sic], Kevin Hart and et al, could have an opportunity to showcase their talents for many generations to come. It is sad that Mr Murphy would take this glorious moment of returning to SNL and make disparaging remarks against Mr Cosby. One would think that Mr Murphy was given his freedom to leave the plantation, so that he could make his own decisions; but he decided to sell himself back to being a Hollywood slave. Stepin Fetchit plus cooning equals the destruction of black men in Hollywood. Remember, Mr Murphy, that Bill Cosby became legendary because he used comedy to humanise all races, religions and genders; but your attacking Mr Cosby helps you embark on just becoming click bait. Hopefully, you will be amenable to having a meeting of the minds conversation, in order to discuss how we can use our collective platforms to enhance black people rather than bringing all of us down together.” 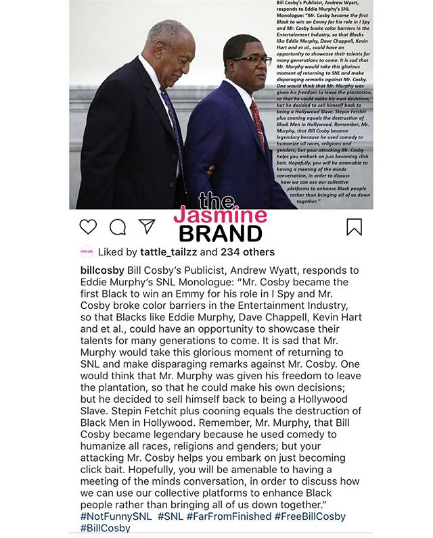 As previously reported, Cosby is currently in jail serving three to 10 years in prison after being found guilty in 2018 on three counts of aggravated indecent assault for drugging and sexually assaulting a woman in 2004. 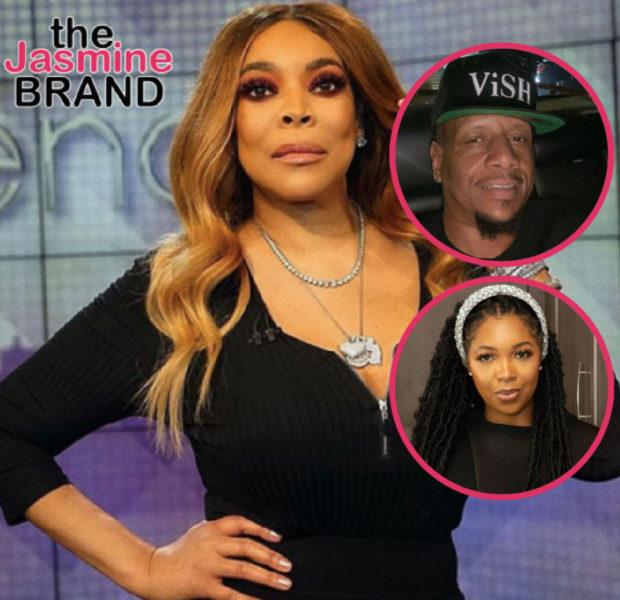 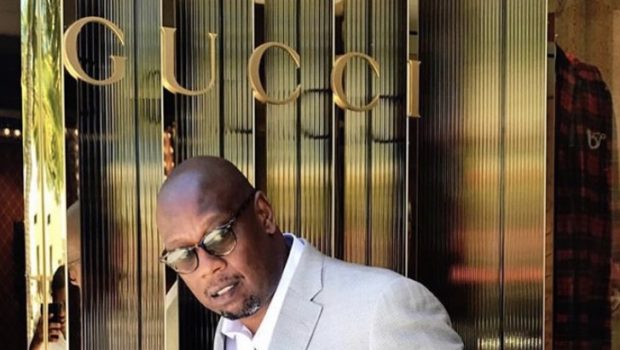 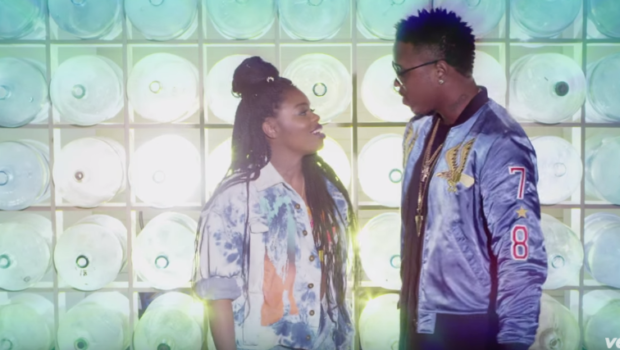