Janet Jackson has had countless milestones over the span of her decades-long career. But the one she said is the most special is welcoming her only child, son Eissa, three years ago when she was 50-years-old!

The “Control” singer commemorated the special moment on Instagram Friday (Jan. 3). She wrote,

“3 yrs ago today God blessed me, at the age of 50, with the greatest gift of all. My baby! Happy Bday sweetheart. Mama loves you more than anything else in this world!”

She also shared a snapshot of herself holding her baby bump while rocking a natural look on the beach. 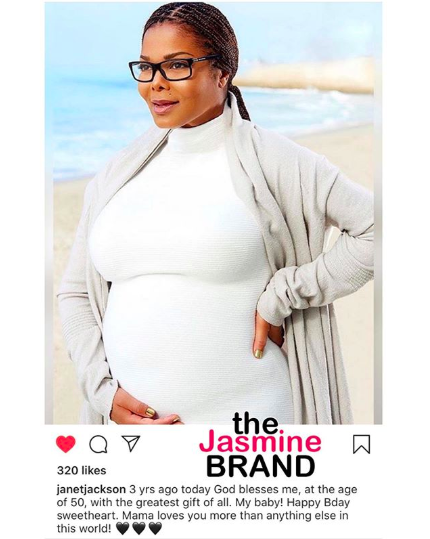 If carrying a child at 50 wasn’t enough to get a major salute, Janet Jackson also revealed in November that little Eissa, whose father is her billionaire ex-husband Wissam Al Mana, doesn’t have a nanny.

“My mother did it. Her mother did it. Why can’t I? We’ll see. I’m sure I will need someone in the future, some help here and there, but I don’t have anyone [right now] and I love it.”

“I’ve always been a patient person, but there’s more patience that you have to have [in motherhood] and I never knew I was as patient as I really am. He’s first and foremost in my life. I get up, I go to sleep — everything is about him. He comes first in my life.”

And it’s safe to say he’s following in his musical family’s footsteps, even his late uncle, the King of Pop Michael Jackson. Janet Jackson added,

“He makes up melodies, he carries a tune, he has really good pitch. [He] does this thing that my brother did from ‘[They Don’t] Care About Us,’ the march and the hand.”

“He does a few things. He does the head [movement]. He loves ‘Smooth Criminal’ and the ‘Oooo.'”

Of course, she said that his career is up to him.

“It’s really about what he wants to do with his life.” 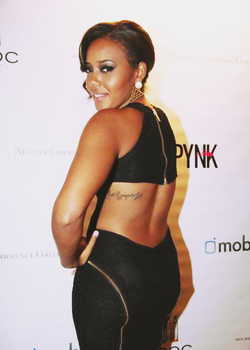