A 14-year-old reportedly suffered harsh bullying because of his connection with rapper 50 Cent. And now his mom has filed a multi-million dollar lawsuit because of it. Brooklyn teenager Davian Fraser was once said to be 50 Cent’s son.

He previously shared a snapshot of him and Davian Fraser (that he’s since deleted) and said in 2016:

“My life is full of surprises. This little guy is my son DAVIAN. He started crying, I was thinking why you crying i gotta pay for this s***. LMAO.” 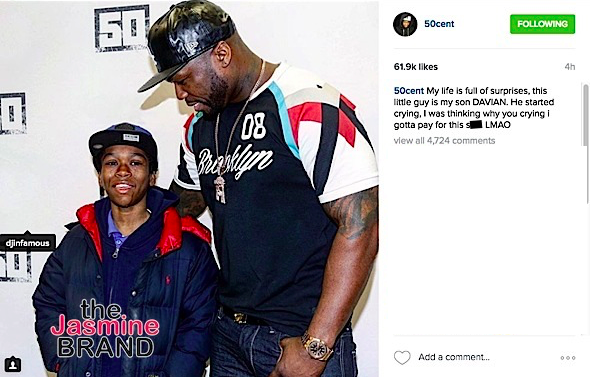 But later he came out and said Davian Fraser isn’t his son after all.
He told HOT 96.3 shortly after:

“He’s not my biological son, but I treat him as my son. I just met him and it was interesting because the way he looked at me and he’s shaking and crying. [It was] all the things I wish my actual older son would.”

While this was a topic of conversation nearly four years ago, Davian Fraser’s mom said his classmates reportedly discovered he was close with 50 Cent at the top of the school year. His mom Myasia Dickerson said he’s been bullied constantly since then. She told New York Daily News:

“It caused a big uproar in the school. The kids started to follow my son around, tried to put him on Snapchat, tried to take videos of him. They were following him to the train station.”

One of the most recent incidents allegedly occurred on Dec. 16. Myasia Dickerson said that’s when four students beat up her son in the stairwell during his lunch break.

“He was attacked from behind as he tried to walk away. He was punched in the head and then the student proceeded to fight him and then he slammed my son’s head onto the ground.”

She added that one student allegedly followed Davian Fraser to his locker taunting him. Davian Fraser looked for a security guard but after he didn’t find one, his classmate allegedly continued hitting him in the back of his head and slammed his head into the floor.

Fraser is said to have experienced head and neck injuries, and his mother said in a lawsuit that he still has emotional and psychological issues. She’s suing the Department of Education for $5.5 million, alleging that it was aware of the alleged bullying her son suffered but did nothing about it, including one teacher who allegedly turned him away when he asked if he could sit in the classroom before the alleged attack. Myasia Dickerson said,

“The teacher told him, `No, I have a class right now. You can’t stay in my classroom.'”

The family attorney said in a statement:

“Parents have the right to expect a safe environment when they send their child to school. When school personnel fail to provide that, especially when they are on notice of a problem, the school is liable to that child for damages.” 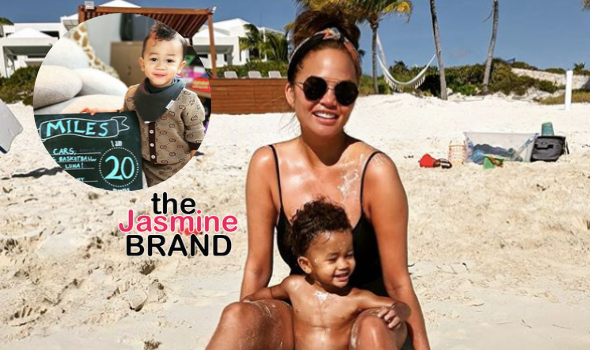