NeNe Leakes has confronted her friend Wendy Williams’ comments after Wendy Williams revealed on her show that NeNe Leakes secretly told her she was quitting Bravo’s “The Real Housewives of Atlanta.”

She first seemed to question Wendy Williams’s statements on Instagram. 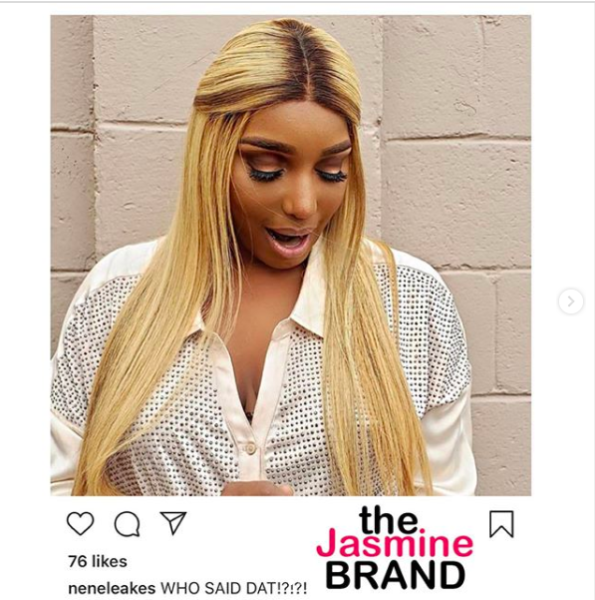 She also posted a cryptic tweet the next day. 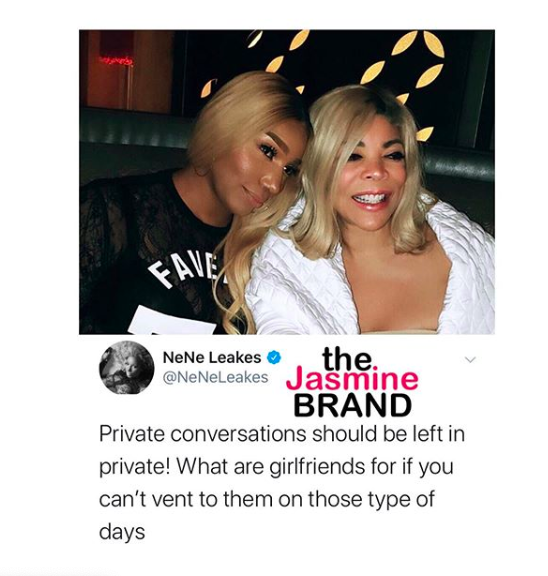 Now, NeNe Leakes addressed it again on her YouTube channel.

Leakes first spoke on Williams’s statement that Leakes was carrying a major secret.

“I was getting calls from everybody. People were like are you okay? Is something wrong with your health? Are your children okay? My children are fine. There’s nothing going on with my health that I know about.”

“The most I can say, or even want to say about the whole thing is, Wendy and I are friends. I have vented to her on many occasions. That particular day I did not vent to her. I just sent her one text. And um, she went out on the couch and started talking. I think that personal, private conversations should stay private. I think that anybody should vent to a friend without a friend totally outing them or just saying what they said to anyone. It was just not a cool thing.”

“She and I have since talked about it. We text about it. I just pretty much want to move on from it. My phone just blew up out of nowhere with people saying everything. From that people started writing stories and running with it, coming to their own conclusions and stuff like that. Hopefully, that is behind me.”

“When stuff like that happens it really hurts because you don’t know if you can trust anybody. Who can you trust? Who you can you talk to? It’s like you can’t talk to anybody about anything personal. So… I’ve dealt with that.”

Do you think Wendy Williams broke the friend code? Tell us in the comments. 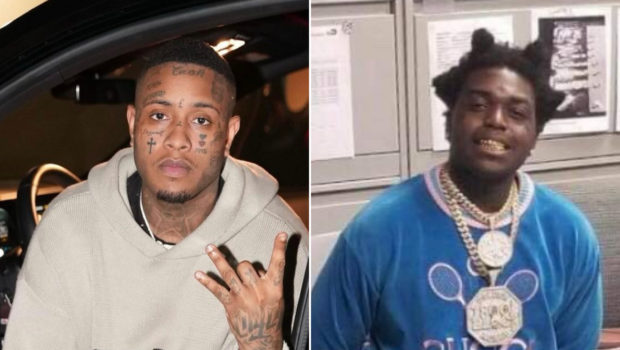