What better way to celebrate winning in Miami than a Rick Ross/Dwyane Wade collaboration? Though their Florida stomping grounds are their obvious commonality, you wouldn’t normally catch Rozay throwing a pass to D. Wade, or see D. Wade writing 16 bars in the studio. But, that changed as of midnight! (2/21/20) Dwyane Wade is featured on Rick Ross’ latest single, “Season Ticket Holder.” 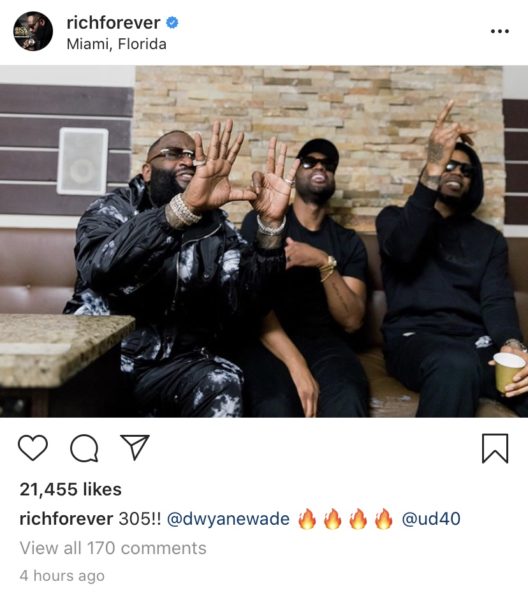 Sports publication, Bleacher Report, geared up for the release with footage of the Miami representatives in the studio.

D. Wade took his music industry debut seriously! He commented on the release on Instagram:

“Never in my wildest dreams would i have thought” 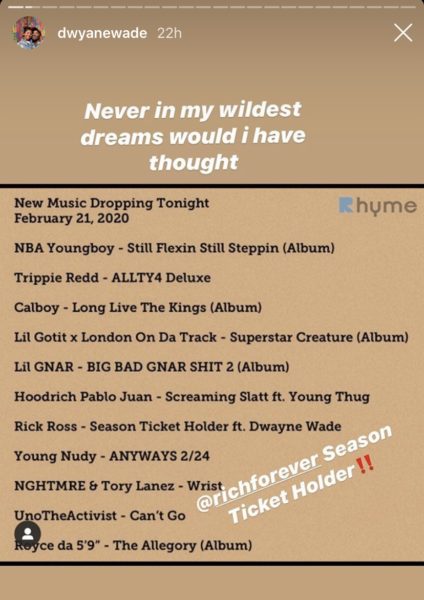 He even shouts out his wife, actress Gabrielle Union. The following are a few of his flossy bars:

“I’m the son?of a saint, still considered a sinner / Three rings on his finger, yeah, that boy was a winner / Never known as a singer but this might be a single / Always bet on your homies, then go buy the casino / Ball is my passion, check my stats if they askin’ / Shorty checkin’ my page, she follow my fashion / My life is a film and Gab’s the lead / She’s so precious to me, as the air that I breathe / Time to fuel up the jet, D-Wade jersey the drip / Lamborghini’s to match, got Guccis on the strip / These haters beneath us as I’m lacin’ my sneakers / Season sixteen, Lamborghinis and Neimans”

But this isn’t Rick Ross’ and Dwyane Wade’s first collaboration. The two have reportedly collaborated on a sneaker. 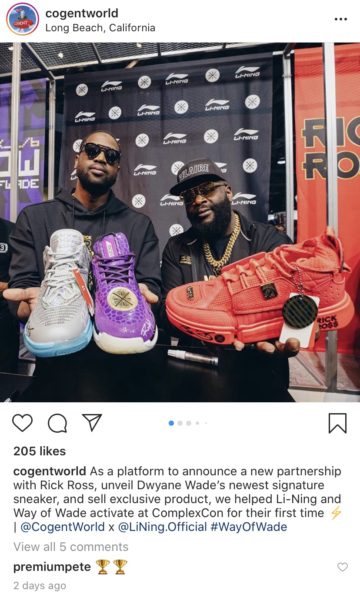 RP @complexcon “Dwyane Wade and Rick Ross came together for a conversation about: representing Miami, their next chapters & what it means to be a "boss". Watch the #ComplexConversation "Long Lives at High Stakes" now. LINK IN BIO.”

What do you think about Dwyane Wade’s rap debut? Listen to “Season Ticket Holder” below. 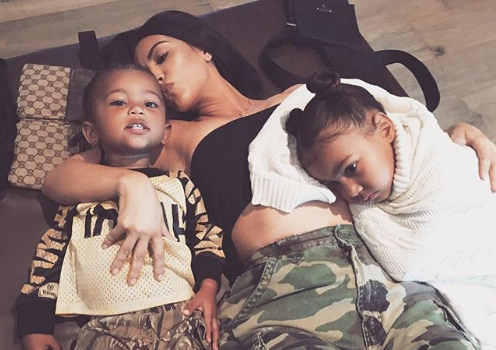 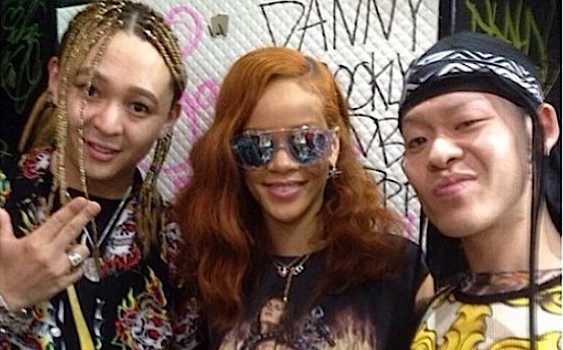 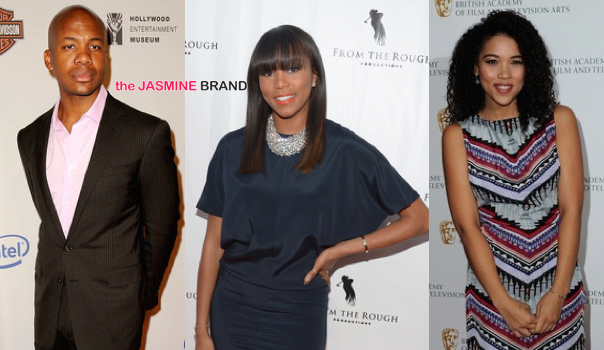