Tom Hanks’ son, Chet Hanks, appears to have had a not-so-nice response to a comment made about his family and the coronavirus. Shortly after Tom Hanks and his wife Rita Wilson announced that they had tested positive for the virus, a social media user posted the following on her social media:

See the exchange below. 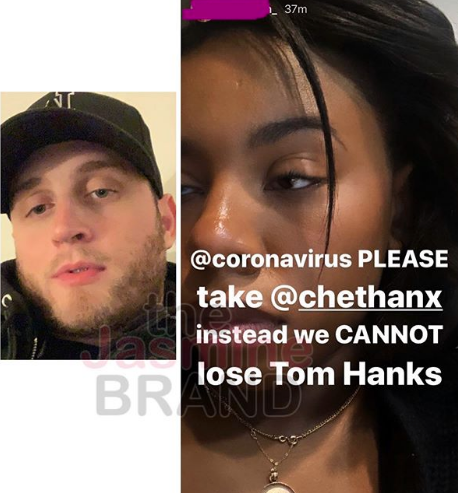 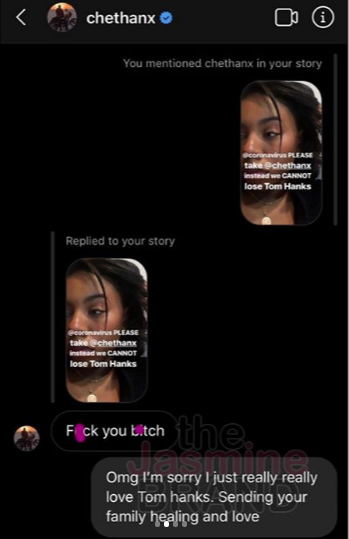 As previously reported, Tom and Rita announced on social media that they tested positive. 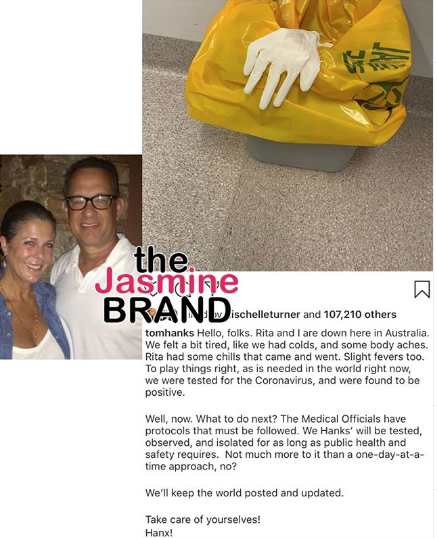 Chet responded to the news on social media.

What are your thoughts about Chet’s alleged reaction to this social media user? Let us know in the comments. 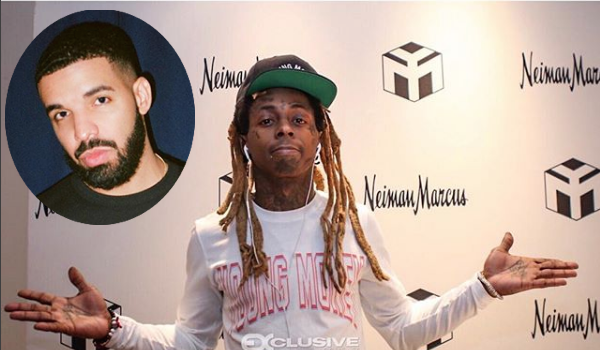