The upcoming Real Housewives of Atlanta reunion is having a change of scenery. Kandi Burruss, one of the shows cast mates, revealed the news during an interview on Instagram Live. See the clip below.

The #RHOA reunion will be filmed online, according to #KandiBurruss ? pic.twitter.com/HT8gOdUnm4

Earlier this month, the show’s executive producer Andy Cohen shared that the reunion would be postponed. 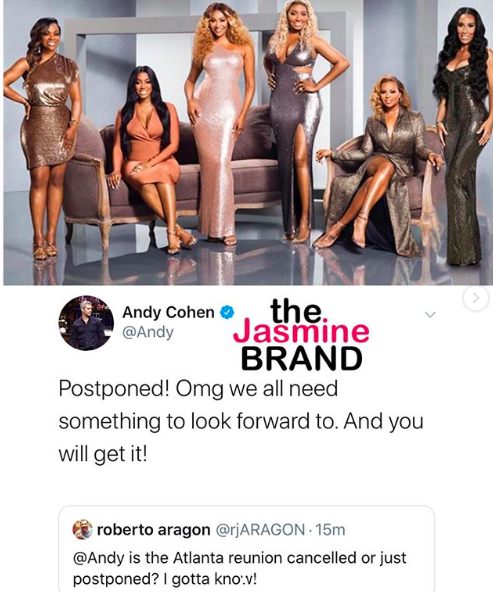 He also said the idea of doing it via Skype was shortlived.

“We considered it for a second but figured it would stink!” 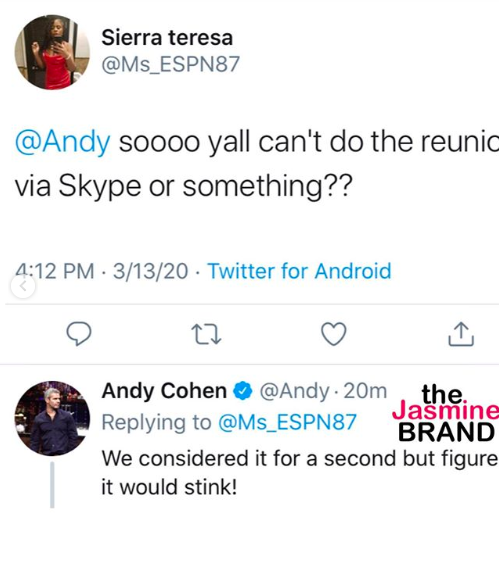 Meanwhile, new episodes of “RHOA” are still scheduled to air Sundays at 8/7c.

How do you feel about the “RHOA” being done online? Tell us in the comments! 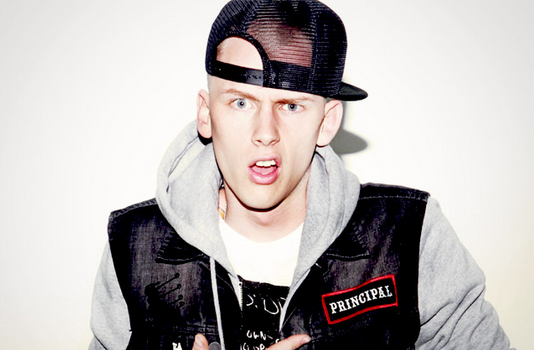