There are new details surrounding a confrontation that took place over the weekend (April 4th) with Floyd Mayweathers’s daughter Iyanna Mayweather. As previously reported, she was arrested over a confrontation that took place between her and her boyfriend’s, rapper NBA Youngboy (real name Kentrell DeSean Gaulden), and his rumored baby mother Lapattra Jacobs. Iyanna Maywether allegedly stabbed Lapattra Jacobs in NBA Youngboy’s home. Iyanna Mayweather was arrested and charged with aggravated assault with a deadly weapon, but she has since been released.

Incarcerated rapper Kodak Black (real name Dieuson Octave) caught wind of the entire situation from his cell and commented on it. In a post on Instagram, Kodak Black described the details of the situation then followed it up with snitching claims:

“The Hell They Mean Fully Cooperated LOL They ain’t Say A Lil Piece Bih They Say Fully Bih LOL” “…That Word Aint Even Posed To Be Attached To Your Name @nba_youngboy . Dam Lil Bra Don’t Do Dat Lil Girl Like Dat Man!” 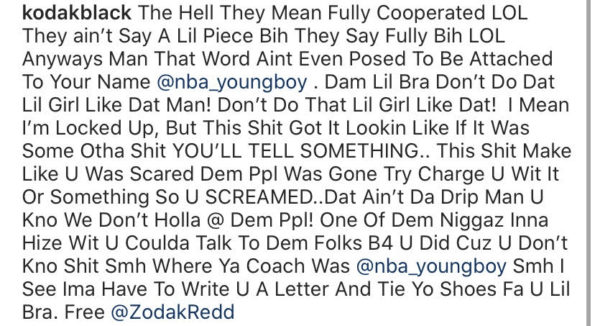 These comments lead NBA Youngboy to go live on Instagram and question why Kodak Black is watching him from jail. During his remarks, NBA Youngboy also referred to Floyd Mayweather as a “b*tch a** n*gga”. NBA YoungBoy then goes to his bedroom and wakes Iyanna up to show that she has been released from jail and is still by his side. See the clip below.

What’s your take on this fiasco? Let us know in the comments.

DaBaby Said He Would Do An Apology Video to Save Lollapalooza Gig, But Never Delivered – Festivals Dropped Him Shortly Thereafter
Exclusive
Post Slider 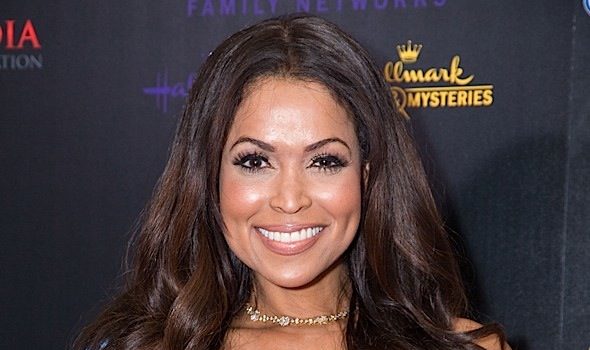