Kodak Black (real name Bill K. Kapri) wants a meeting with president Trump. On Sunday (April 26th), the 22-year-old jailed rapper took to social media, telling his attorney that he’d like to speak to Donald Trump about a “brilliant idea”, adding that if it’s not “worth anything, you can kill me”. He writes:

@lawronin, tell donald trump to pull up on me, i got a brilliant idea. I thought of something back in Miamia but dismissed it kuz i be thinking I’m crazy sometimes.

This sh*t keeps following me tho!

See his complete message below. 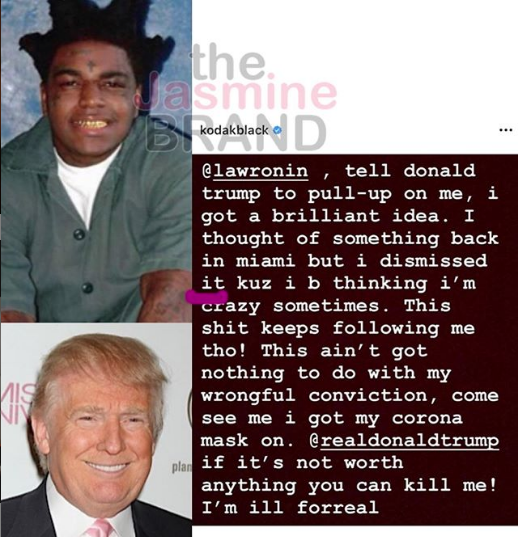 Kodak Black is currently in jail. On March 11, 2020, he plead guilty to a firearms possession case he was charged with after being detained at the Canadian-American border with a glock. With sentencing set for March 24, the court is considering between 2 and 7 years in prison, which will run concurrently with his 46 month sentencing for lying on federal paperwork.

R. Kelly Was Written Up for Refusing to Have Cellmate in Chicago Jail
Exclusive
Post Slider 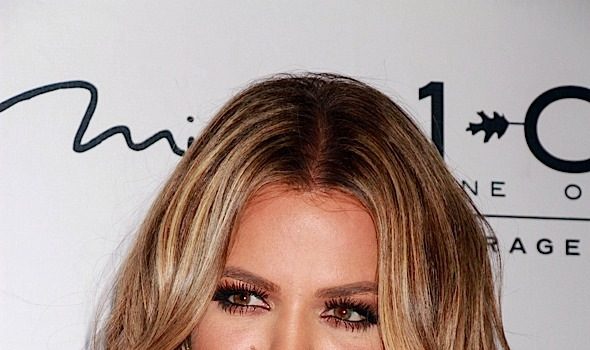