Kelly Rowland is taking over slowly but surely. The actress and Destiny’s Child songstress seems to be at the top of the world with her latest song “Coffee”, which is making waves in more ways than one.

She said of the hit single:

“I just wanted it to be an expression of black beauty and the different variations and tones and body shapes. I was really inspired by black women.”

She added that while she wrote the song, which was written by The Internet group member Syd, in 2017, she took her time before releasing it.

“I was very particular after I had my son about what I was saying and how good it was because I wanted to make him proud. I was extremely hard on myself.”

But it looks like fans won’t have to wait that long for her next album.

“I’m very excited about this album. I’m excited for the fact that the years that it took me to find tempo. …The whole album’s not up-tempo, but I’m excited to share my tempo. I feel like I always had mids and slower records but yeah, I’m ready to dance. Especially when we come out of all this, we need to dance. I have at least one more record to do. In my gut, I feel like I have like one more record to do.”

“The thing is, before quarantine, we were at the close of the record. That’s when you’re like turning records in, talking to writers and producers, starting that whole process of the ending process. It’s not that it’s slowed down but definitely made things a little more challenging to navigate. We got this. We got this, but definitely, definitely this year. I’m not waiting anymore. I’m not wasting anymore time. I’m doing it this year.”

While she’s rocking it as an independent artist, she’s one of Roc Nation’s newest clients as she confirmed the company, which is owned by her BFF Beyonce’s husband Jay-Z and signed Megan Thee Stallion last year, is now managing her.

She’s keeping fans entertained with her sultry after-dark segments on Instagram Live, but she added that there’s one thing she wishes she would’ve done while quarantined and social distancing.

“I wish that I would have learned how to work ProTools. I think now, it makes you definitely want to learn. You watch artists like, I heard Ariana Grande does it. I heard Trey Songz does it. So many different artists are like, ‘Yeah I’m going to do that over,’ and they’re operating their own sessions. I’m like, ‘Why didn’t I learn how to do that?’ That’s probably my next goal is to learn how to record myself because I could have gotten so many things done. I’ve been sent songs since being quarantined and I’m literally waiting for my engineer to come out of his quarantine.”

Are you ready for Kelly’s next album? Tell us in the comments! 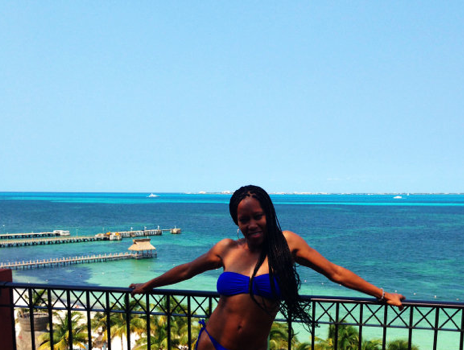