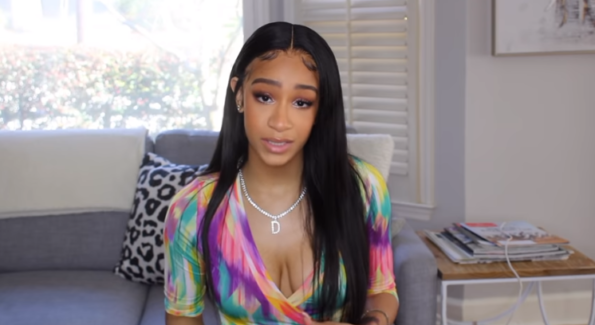 T.I. isn’t the only outspoken member of the Harris family when it comes to issues in the Black community. Since T.I.’s controversy involving commenting on his 18-year-old daughter, Deyjah Harris‘ virginity – she has opened up to fans and followers about how she’s conquered mental health issues.

Deyjah Harris is now addressing the issue of the Black community’s silence regarding child molestation. She tweeted:

“i will KILL anyone for my siblings, children, HUSBAND, PARENTS, GRANDPARENTS, AUNTIES, COUSINS, ETC. if something ever happened to them. I’m sorry but i’m fr…real sh*t…ok i’m so tired of how the black community doesn’t speak up on the things that happens in the family …………… stop protecting thr men and women that touch children!!!!!” 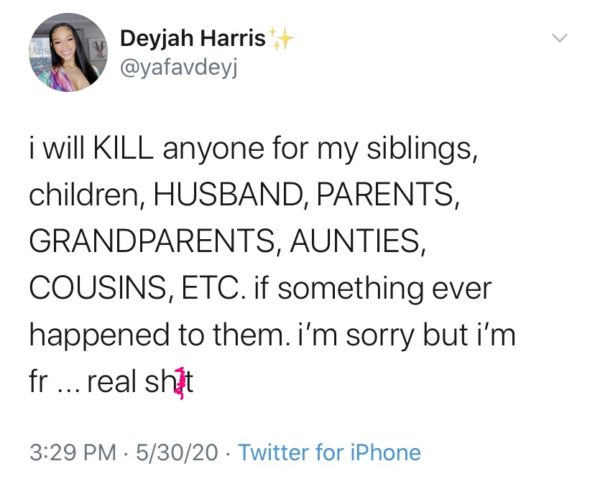 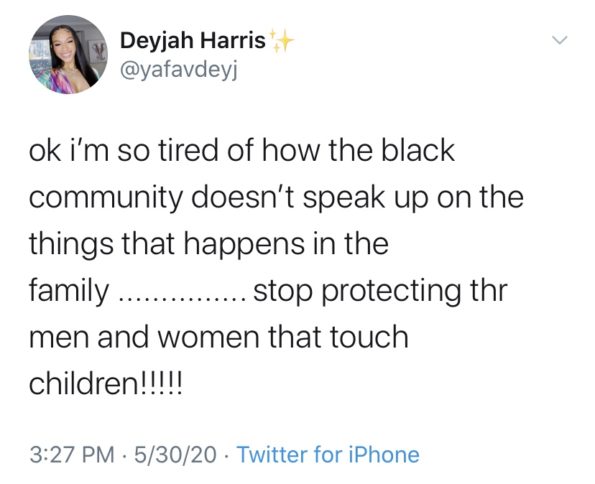 However, because of the recent nationwide response to the viral murder of Minneapolis man George Floyd, a Twitter user suggested that Deyjah’s timing was off. She responded to the now-deleted tweet:

“…WHAT DO YOU MEAN THJS ISNT THE TIME MARI!?…i can’t believe youd even say such a thing….everytime is a time to protect all black children…I WOULD PROTECT ANS DIES FOR YOU!?!?!?!?…man some of y’all are really f*cked up. it ain’t no “we’ll address this later” ARE YOU KIDDING ME!?! we can talk about IT ALL RIGHT NOW, it’s f*ck any of y’all that like these tweets or anything of that sort, just showing you agree and support it” 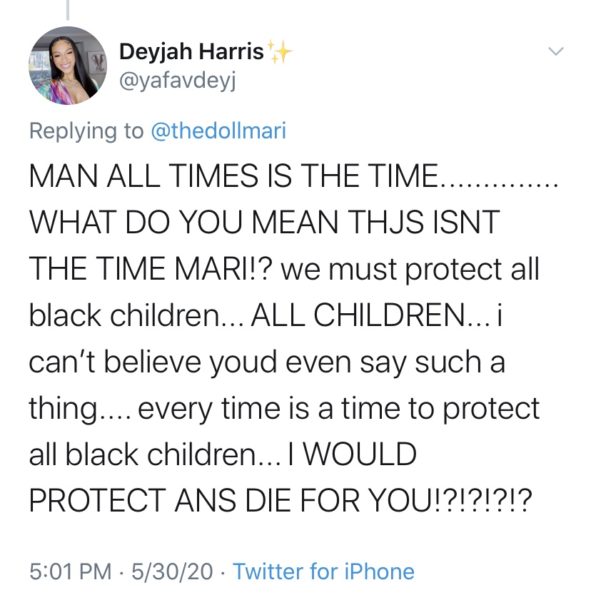 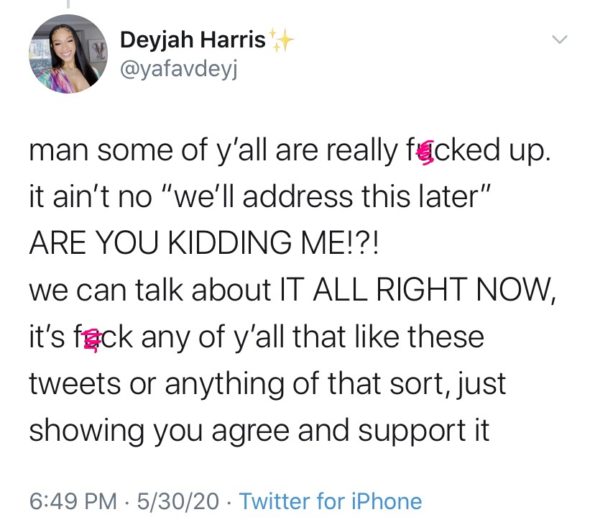 A follower then thanked the “Family Hustle” star for speaking up on behalf of victims of molestation and sexual assault.

“don’t thank me for doing my job man … my Higher self told me to come down here to protect and speak up FOR y’all. i agree with you though, continue to be great man” 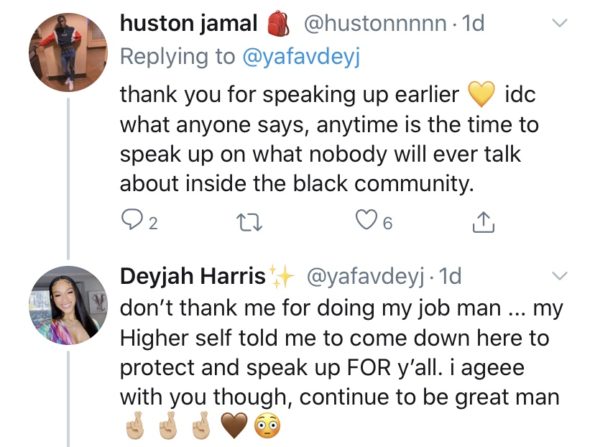 What do you think about T.I.’s daughter’s comments? Let us know in the comments.

Nene Leakes Shares Text From Cynthia Bailey Amid Her ‘RHOA’ Exit: You Are You & That’s Your Power, Never To Be Duplicated
Exclusive
Post Slider 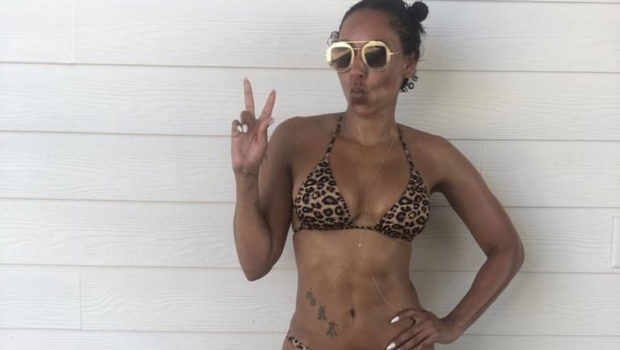