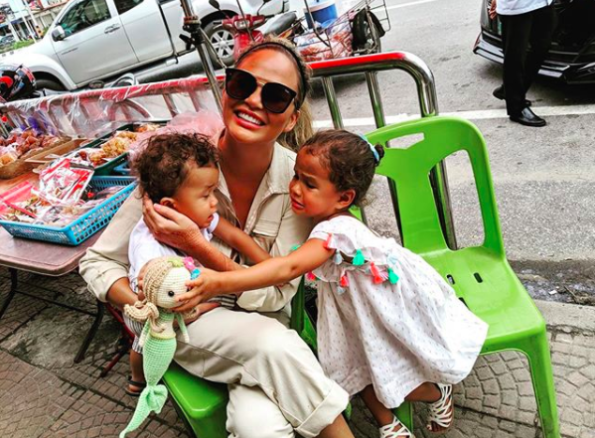 Chrissy Teigen, 34-year-old wife of singer John Legend and mom of two is in better spirits, thanks to their two children, after getting her breast implants removed.

The model and TV personality shared a “Get Well Soon” note written by her daughter Luna on her Instagram account on Thursday. One card reads,

“Have fun pulling your boobs out… Love Luna” 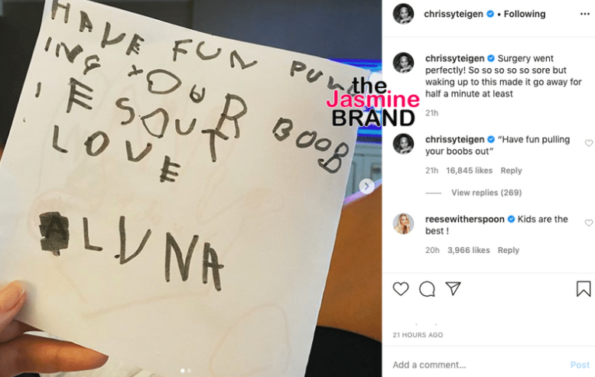 Chrissy Teigen kindly translated the card in the comments.

Another note keeps it short and sweet with,

Surgery went perfectly! So so so so so sore but waking up to this made it go away for half a minute at least 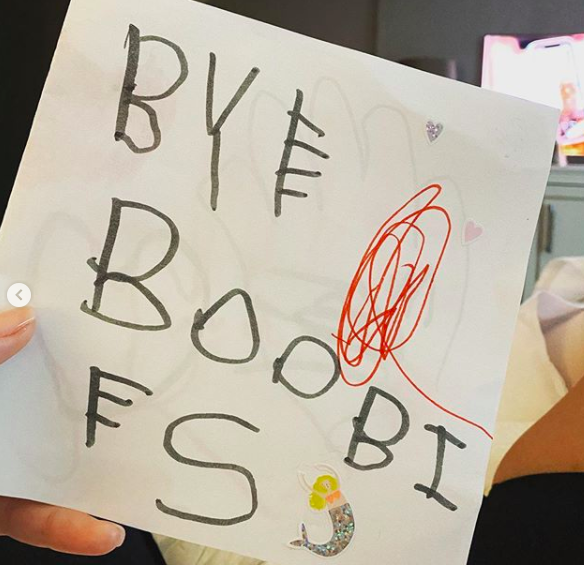 Chrissy has always been quite vocal about the choice of having her breast implants removed. Last month, during the COVID-19 peak, Chrissy shared a video of herself getting tested for the virus, a formality to proceed with her surgery.

#ChrissyTeigen shares footage of what appears to be her getting tested for #covid19. pic.twitter.com/3UZRQNd8v6

Chrissy received negative feedback for sharing the video, but she further emphasizes the purpose of getting tested on Instagram.

“A lot of people are understandably curious (and nosey!), so I’ll just say it here: I’m getting my boobs out! They’ve been great to me for many years, but I’m just over it.” 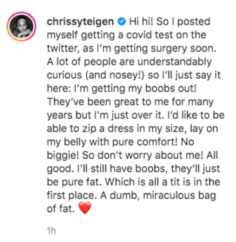 During an interview earlier this year, Chrissy spoke more candidly about her decision, explaining why she regrets getting the standard procedure in her early 20s.

“Yeah, I did my boobs when I was about 20 years old. It was more for a swimsuit thing. I thought if I’m going to be posing, laid on my back, I want them to be perky! But then you have babies, and they fill up with milk and deflate, and now I am screwed.”

Chrissy reveals that she would opt for a breast lift instead, but is concerned over the risks of having multiple surgeries while being a parent.

“I think you’re supposed to replace [implants] every ten years. But when you have kids you think about [the risks] of surgery, and I think, ‘This is not the way I want to die, in boob surgery.'”

Are you here for the notes her kids wrote? Let us know in the comments!