“We understand the curse that was slavery, white people do. And we say that was bad. But we miss the blessing of slavery – that it actually built up the framework for the world that white people live in and lived in. And so a lot of people call this white privilege and when you say those two words it just is like a fuse goes off for a lot of white people because they don’t want somebody telling them to check their privilege.”

“I know that you and I both have struggled in these days with ‘hey if the phrase is the trip up let’s get over the phrase and let’s get down to the heart. Let’s get down to what then do you want to call it’ and I think maybe a great thing for me is to call it white blessing. That I’m living in the blessing of the curse that happened generationally that allowed me to grow up in Atlanta.”

During the video clip, Lecrae seems to agree with Pastor Louie Giglio’s remarks by nodding his head and commenting “yes” in between his statements.

Pastor Louie Giglio, rapper Lecrae and Chick-fil-A CEO Dan Cathy "had an honest conversation about race and the Church" on June 14.

Here's an example of why words and their meanings matter.

Since the 2-minute video clip found its way online, many people have been sharing their disappointment that Lecrae didn’t seem to speak out against what Pastor Louie Giglio had to say about white privilege. 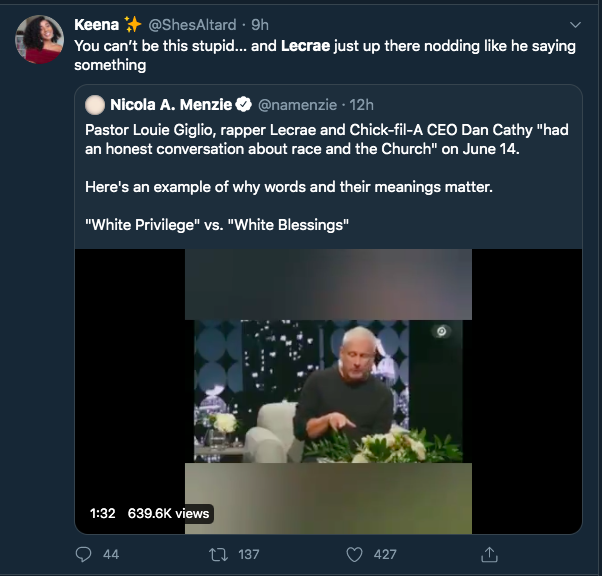 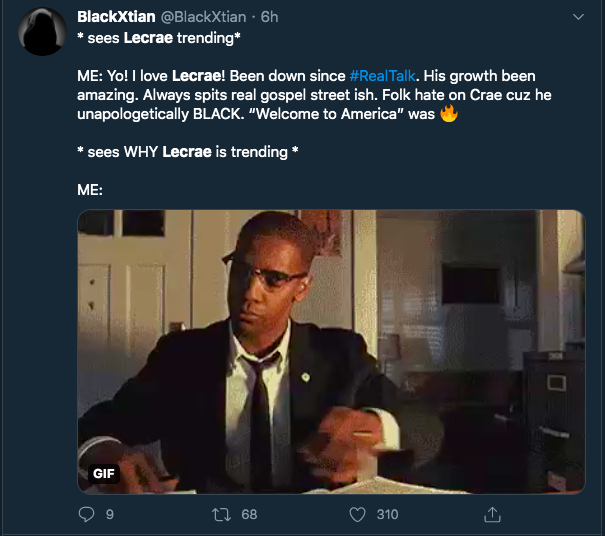 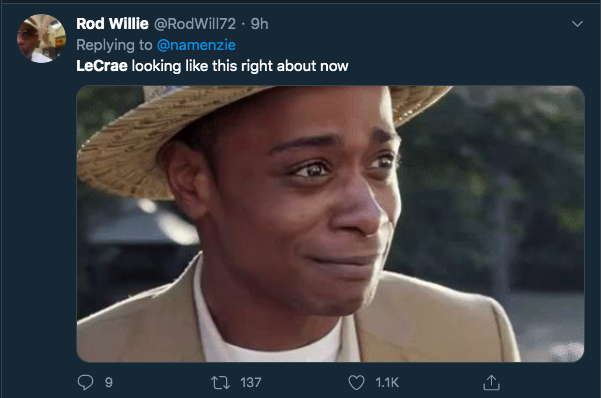 What are your thoughts on Lecrae not speaking out against what the Pastor said? Let us know in the comments. 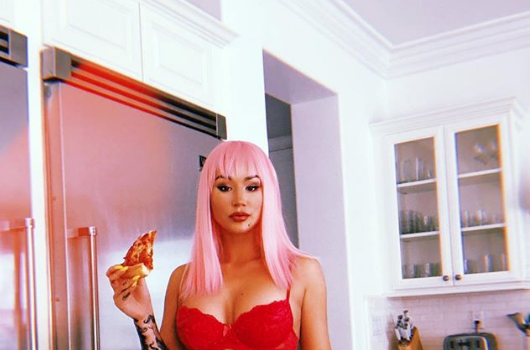 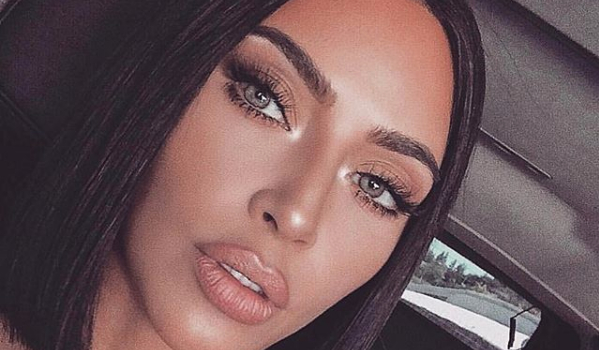