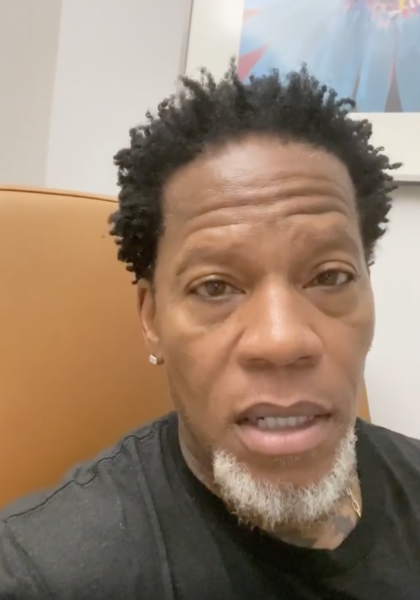 Comedian D.L Hughley is opening up about his coronavirus diagnosis. As we previously reported, D.L. Hughley fainted at his comedy show on June 19th while performing on stage.

After the comedian was taken to the hospital, he found out that he had contracted the coronavirus but did not show any of the typical symptoms.

“We go to the hospital where they tell me that I’m dehydrated and exhausted, and then they had a battery of tests like all the time of day and they told me that I’m COVID positive. I didn’t understand how because I didn’t have any of the classic symptoms, no flu like symptoms, no cough, no shortness of breath, no loss of taste, but you know I just lost consciousness. It’s not a good thing no matter what you know so I guess that was one of the symptoms. And then it was funny because when I got back to the hotel because I had to be in the hospital for a day and I got back to the hotel and the hotel was like ‘nah we want you to leave'”

When asked why D.L Hughley decided to do a comedy show during the middle of the pandemic, D.L hilariously responds:

“Exactly! It was actually for a charity that gave masks and obviously I missed it but I had got really sick in January I thought that I had it then, matter of fact I was supposed to test for the antibodies this week, so I really assumed that it would be cool and I was obviously very wrong.” 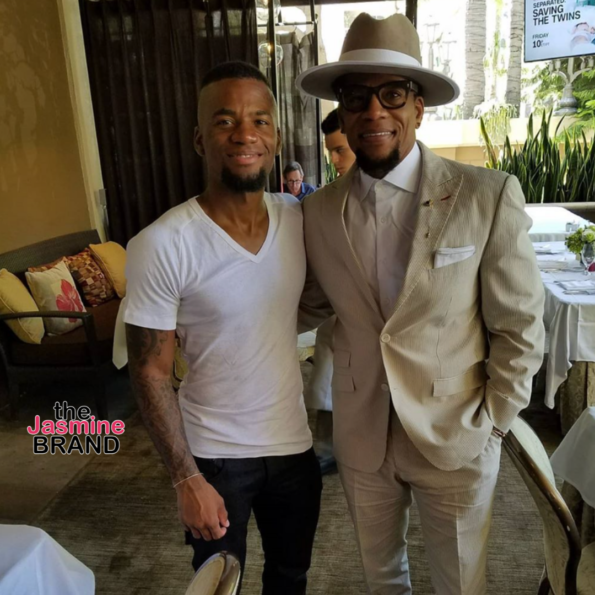 “I regret to inform everybody that I too have tested positive for COVID. I’d be lying if I said I was shocked, since I was around my dad all week. So far, I’m asymptomatic, and I hope and pray that I’ll STAY like that. Thanks everybody for your well wishes.’ 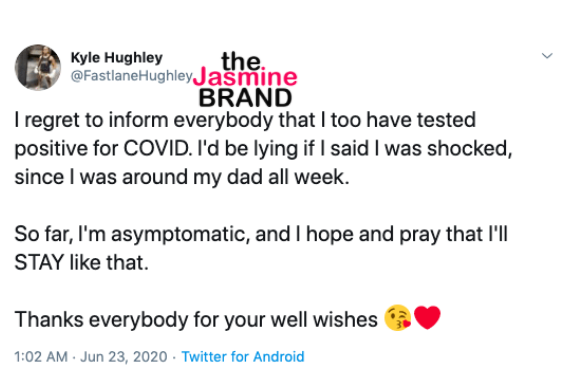 He also said in a video,

“Alright there’s no easy way to say this, so I’m going to just say it, uhm, I have officially joined ‘the club’ sorry, trying to make the best out of a sh*tty situation, but I’ve officially joined the club that nobody wants to join and I regret to inform everybody that I have tested positive for Covid. Uhm, I just found out from the doctor of the urgent care that I went to on Saturday when I got tested, I did the nasal swab, they called me a few minutes ago to inform me.”

“I had a slight fever on Friday, and I thought that I was catching a cold, or at least I hoped I was catching a cold, but in the back of my mind, I was like sh*t this might be COVID. I was thinking that, and I was hoping that it was just a cold and, I was hoping it was allergies or whatever this that to whatever, but yea, it wasn’t, unfortunately, I’m asymptomatic so far which is good, so is my dad, we’re both asymptomatic.”

Fortunately, his mother wasn’t infected with the disease that has been declared a pandemic. Check out D.L’s recent interview with Trevor Noah below. 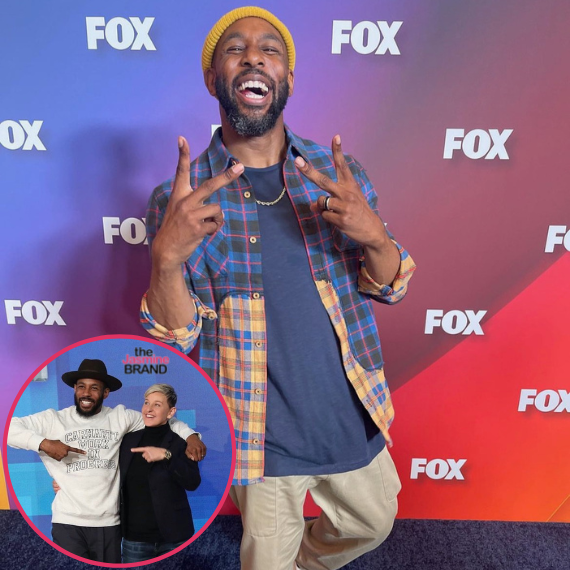 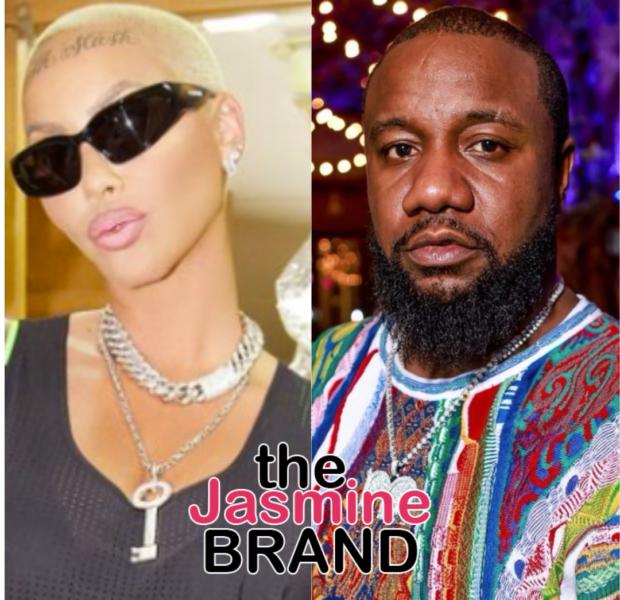 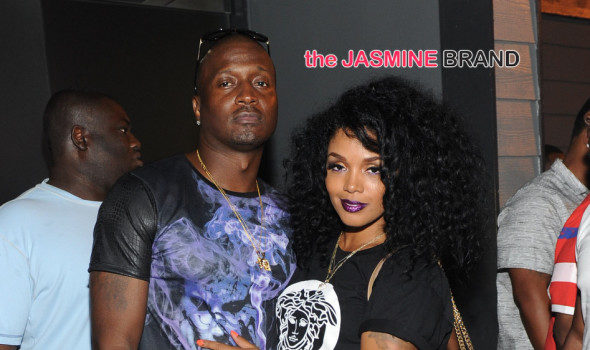