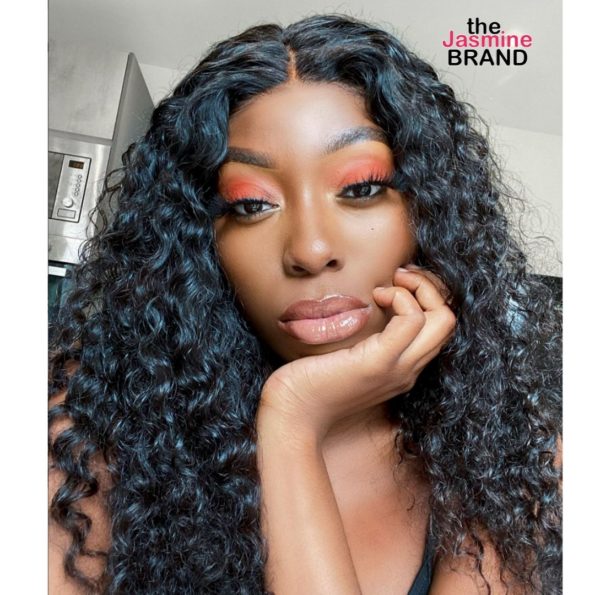 Over the weekend, social media mourned the loss of 24-year-old YouTube star Nicole Thea.  Nicole Thea was 8 months pregnant with her son she named Reign, that she shared with her boyfriend Boga.

The YouTube personality, dancer, and accessories designer was based in the U.K. and she was known for her videos of her and her family dancing while documenting her pregnancy.

“To all Nicole’s friends and supporters it is with great sadness that I have to inform you that Nicole and her son she and Boga named Reign sadly passed away on Saturday morning.”

“As a family we ask that you give us privacy because our hearts are truly broken and we are struggling to cope with what has happened.Thank you her mum RIP My beautiful baby girl Nicnac and my grandson Reign, I will miss you for the rest of my life until we meet again in eternal heaven.”

Her mother also added that Nicole Thea had pre-scheduled videos that would be landing on her page soon, and confirmed that her boyfriend Boga approved for the videos to launch on her channel.

“Also Nicole pre-scheduled a few YouTube videos and Boga has made the decision to allow them to be aired.” 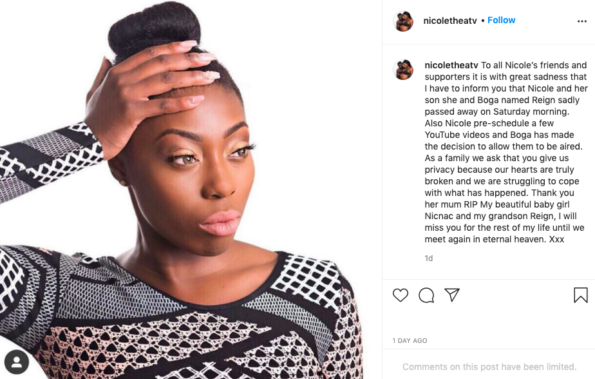 No cause of death has been announced at the moment, but there have been rumors that she had a heart attack.  Following her death, the topic of black women’s mortality rate during pregnancy became a trending conversation online. 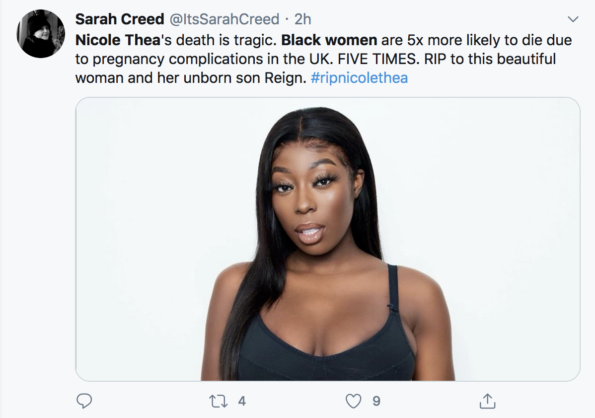 This is her last video showing the behind the scenes shoot of her pregnancy:

Here is the video where she told her boyfriend and family, that she was expecting:

Sending thoughts and condolences to Nicole Thea’s family during this time. 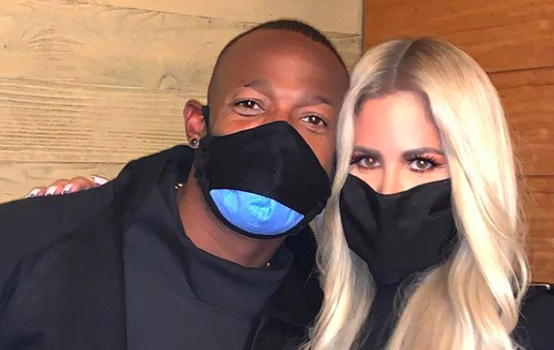 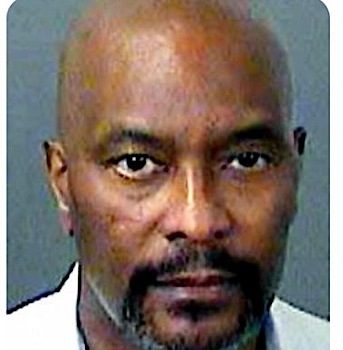