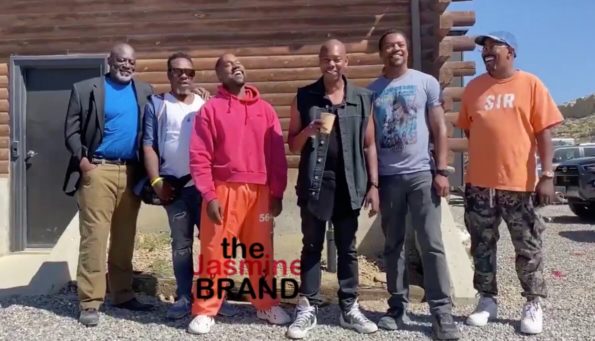 Days after Kanye West had a very controversial presidential rally in South Carolina, paired with some alarming Tweets, comedian, Dave Chappelle hopped on a jet and flew out to visit him. Last night (July 20th), Kanye West began to post some alarming tweets, that incited the hashtag #prayforye on social media. See some of his tweets below:

THANK YOU DAVE FOR HOPPING ON A JET TO COME SEE ME DOING WELL DAVE YOU ARE A GOD SEND AND A TRUE FRIEND ALL LOVE ? pic.twitter.com/ddLA0E9eLK

In the video, several men are standing together with West and Chappelle as Kanye tries to coax the comedian into giving an uplifting pep talk.  Kanye states,

“Dave, please just make us smile.  The world needs some…you know, we need some joy…yeah, we need to smile.”

“Brotherhood is real.  Love is real,”

That comment triggered laughter among the group, but Kanye persisted in asking Dave Chappelle for more.  He says,

“We need some kind of joke, something. Just something to lift our spirits.”

As the group stood awkwardly awaiting on the comedian to say something uplifting, Chappelle, naturally funny in his responses, stated,

“Uplifting joke? Now, you know I don’t write them.” 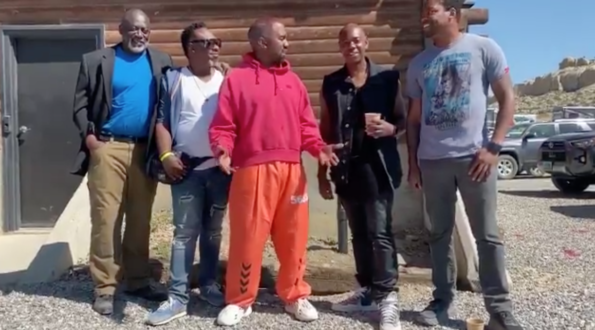 Dave Chappelle is no stranger to his own bout with Hollywood pressures. One Twitter user made a comment that brought back familiarity for some Dave Chappelle fans when in 2005, the comedian abruptly quit his “Chappelle’s Show” and walked away from a $50 million contract with Comedy Central, and opted to take a trip to Africa instead. 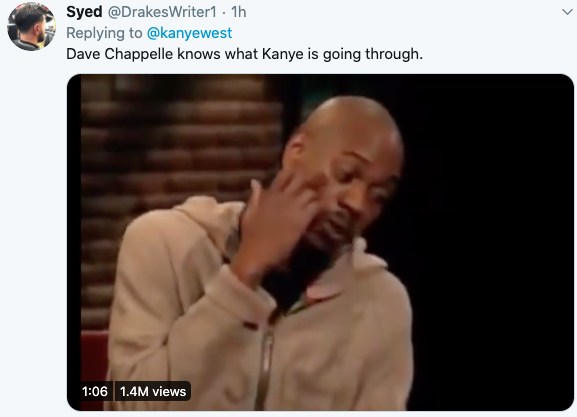 In 2006, Chappelle sat down with the late-James Lipton during an appearance on “Inside The Actors Studio” for a much anticipated interview where he discussed some of the issues that he along with other celebrities (Martin Lawrence, Mariah Carey,) face in Hollywood. The comedian stated in the interview,

“The worst thing to call somebody is crazy.  It’s dismissive. ‘I don’t understand this person, so they’re crazy.’  That’s Bullsh*t.  These people are not crazy, they’re strong people.  Maybe the environment is a little sick.”

What are your thoughts about Dave Chappelle’s visit? Let us know below. 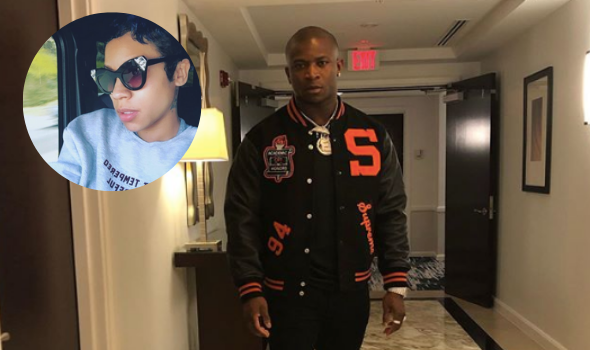 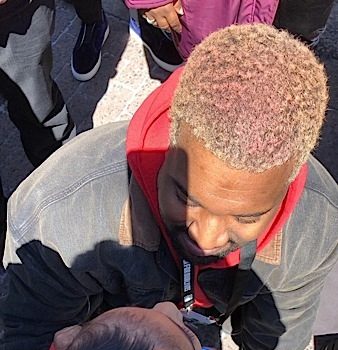