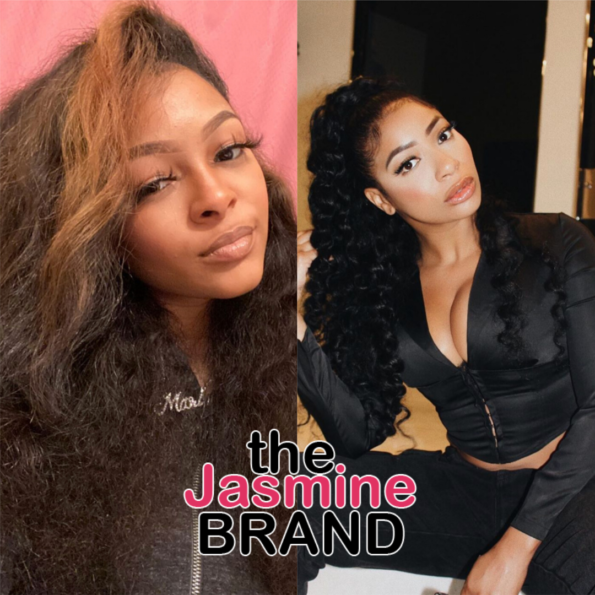 Former Love & Hip Hop Atlanta personality Tommie Lee is currently embroiled in family drama, as her 17-year-old daughter Samaria has accused her of trying to trick the teen into getting an abortion at 7 months pregnant.

In May, Samaria revealed on Instagram that she was pregnant with her first child.

No i didn’t plan this but life happens! I made my choice to keep my gift from god and live not caring about what anybody else think i am beyond grateful and happy for the people who stuck around to let me know they got me cause only god know it take a village to raise one child ! My life is only going up from here i just have one extra life coming with me and I’m beyond happy for it. And for all the young pregnant woman or woman with child let me be your inspiration! It’s okay you will do just fine.??

Tommie Lee, who is reportedly 35, had not spoken out about her daughter’s pregnancy. However, Samaria posted a series of alleged messages about her mother and her aunt, claiming that they both allegedly tried to make her get an abortion while she is currently 7 months pregnant. Samaria details what went down saying,

“I was told by my mother and aunt herself that she had an abortion at 7 months pregnant and that I should get one because it was for the best! The night of my b-day, my grandmother that’s incarcerated called me and told [me] my mother and aunt will be going to the hospital to deliver my aunt baby today.”

“I’ve been staying cool calm and collected but my aunt and . mother got me to fly to LA thinking my mother was dying only to try and be forced to have an abortion! After I didn’t want it, I was kicked out of the house and forced to find my own way home!!”

“I just wanna know what would have happened when I killed my baby and 2 months later she was holding her. I probably would have taken my own life. Glad I got my own mind.”

“I was told by my mother and aunt herself that she had an abortion at 7 months pregnant and that I should get one because it was for the best!”

“So mother of the year I remember you being there every step of the way when Sace first got pregnant at 16 and had her child at 17 (I was there with you in the delivery room) when the same thing happens to me you disown me?? I haven’t heard from you my whole pregnancy. But your otw to help deliver a b***h who was going to help you get me to kill my baby and still have her baby today I wish y’all the best of luck weirdos”

See some of the posts Samaria wrote below. 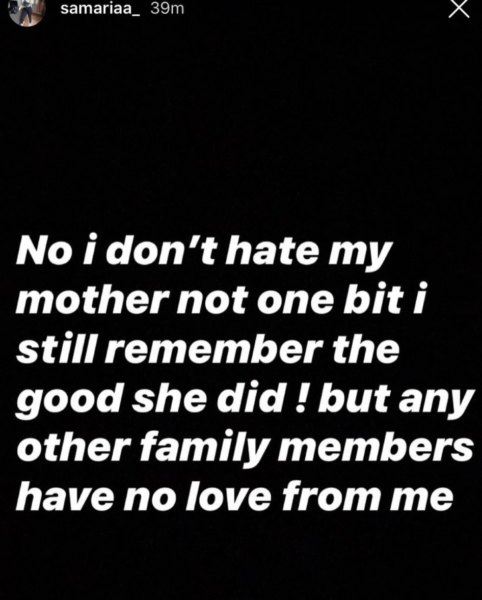 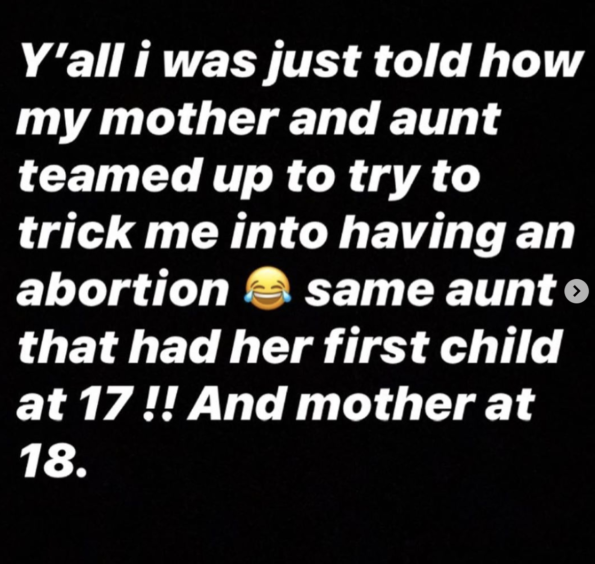 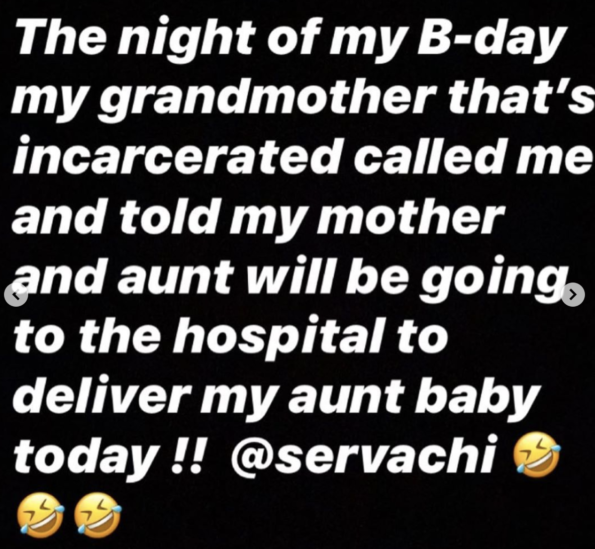 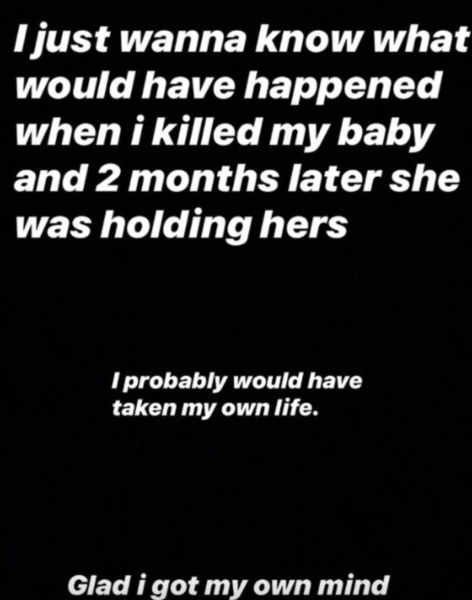 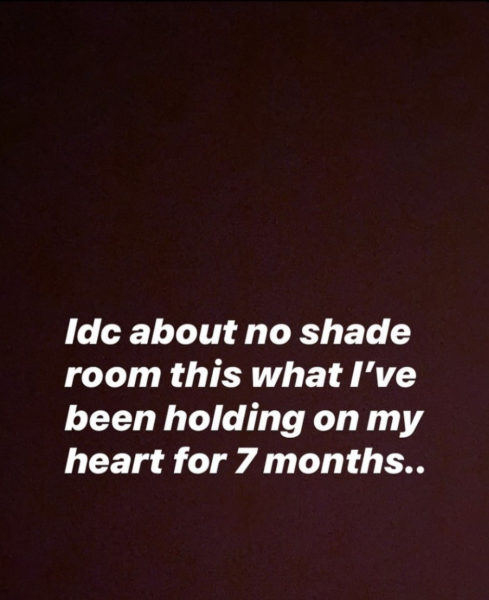 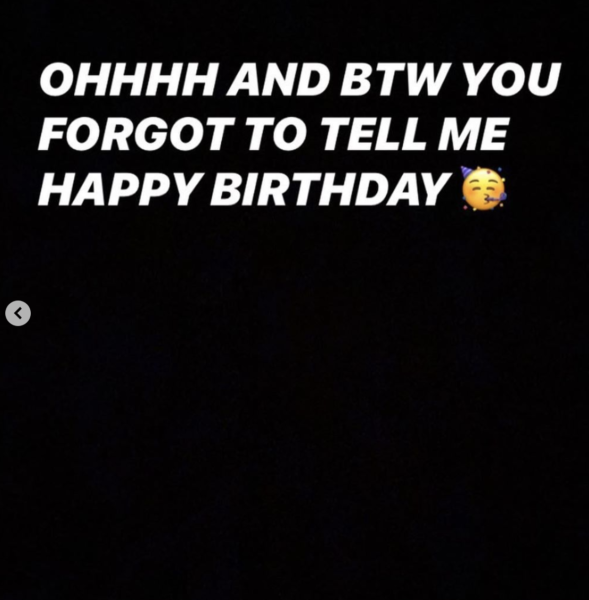 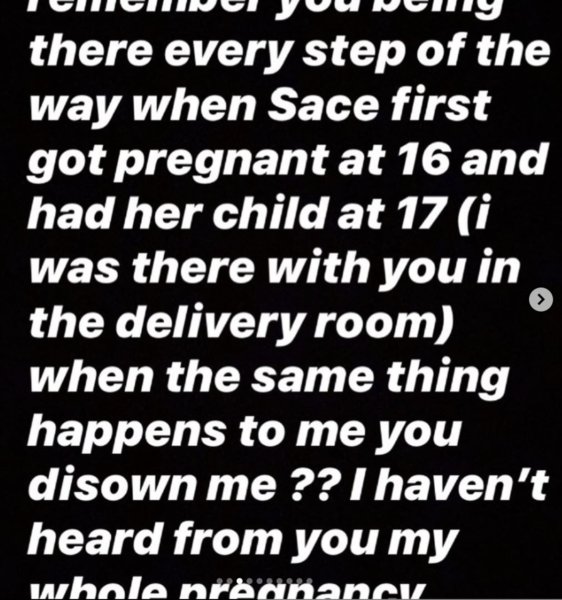 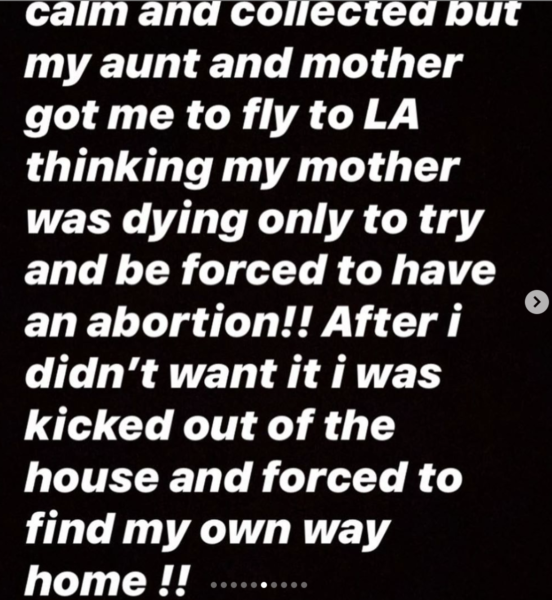 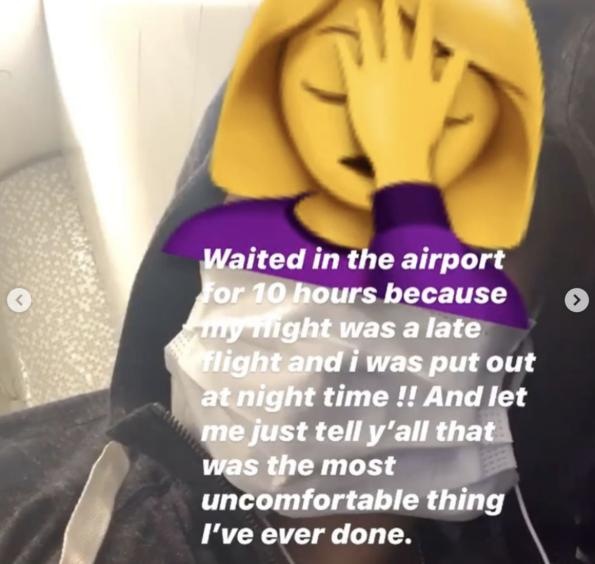 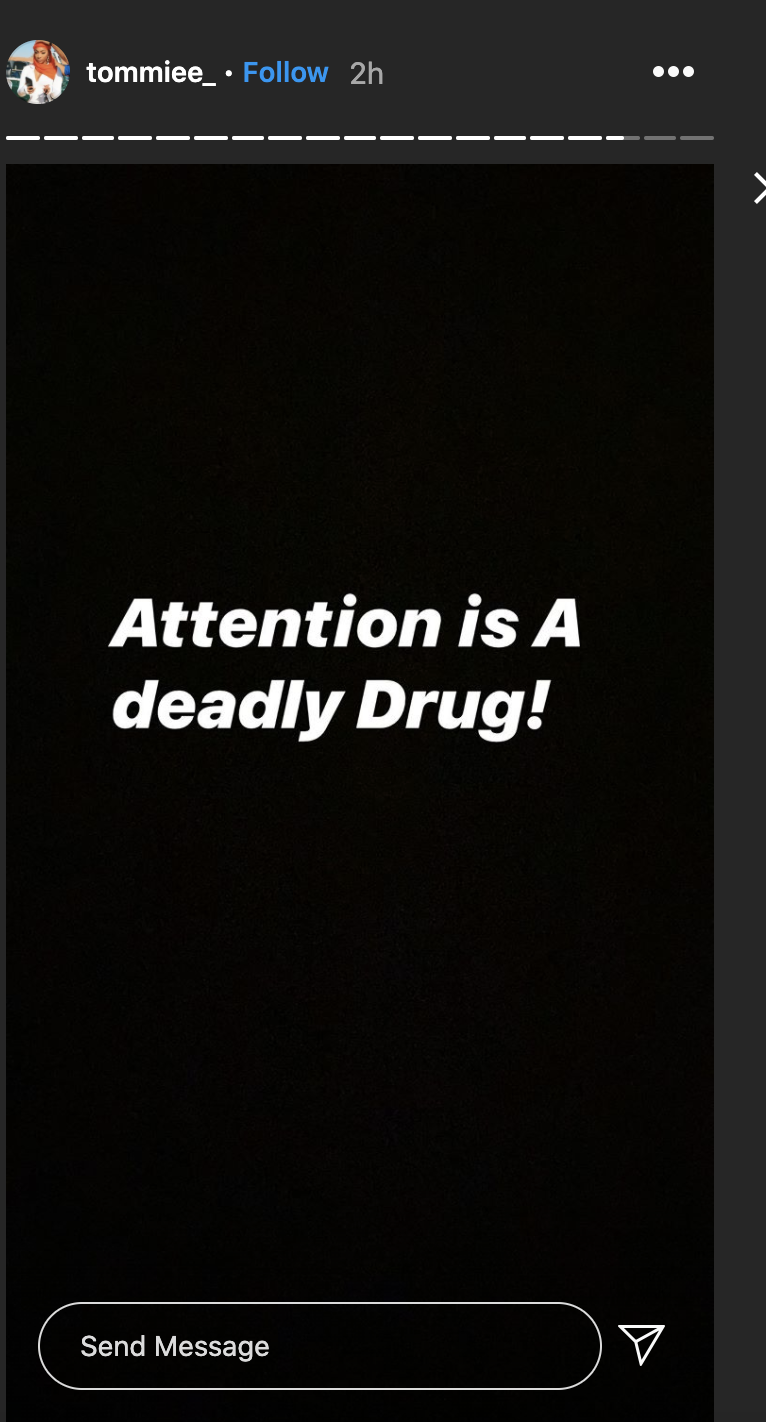 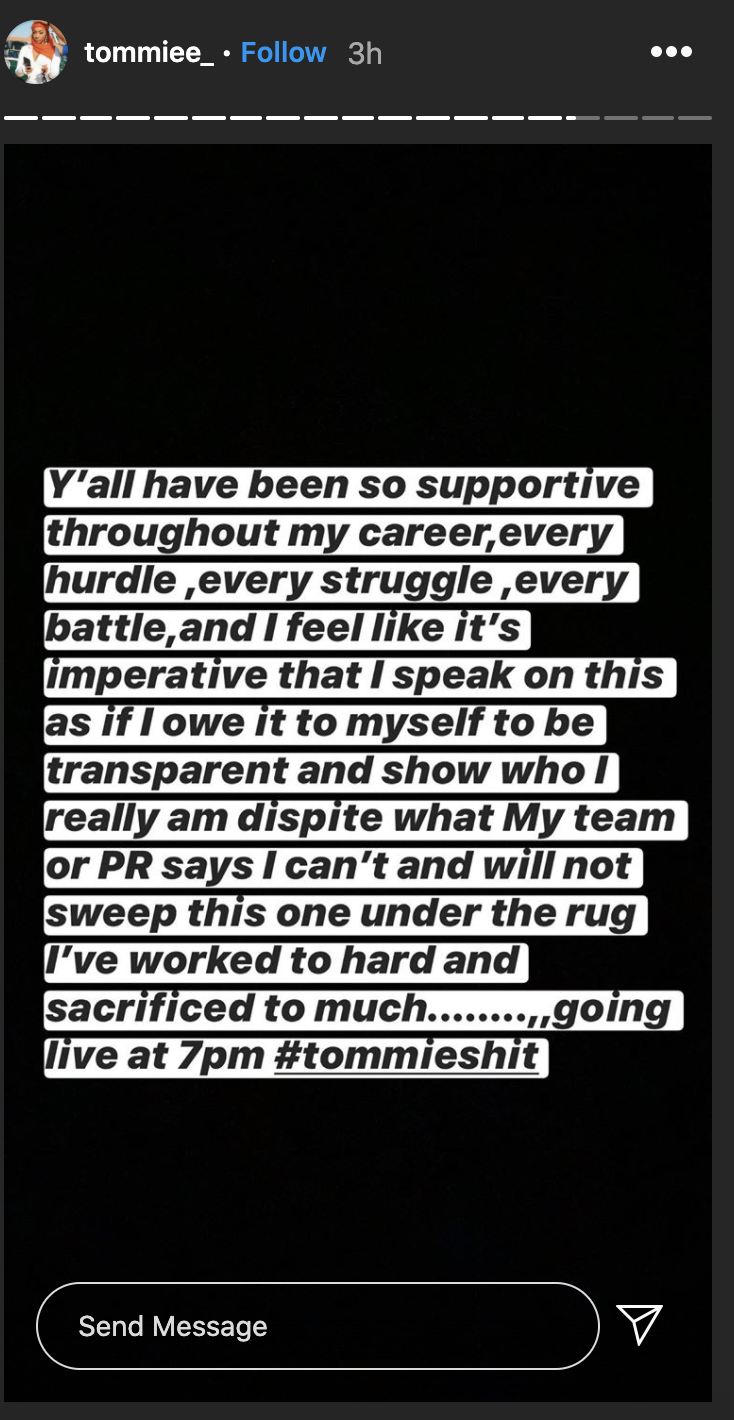 She also discussed the situation on live, becoming overwhelmed with emotion.

Part 1. Tommie Lee Reacts To Reports That She Tried To Trick Her Daughter Into Having An Abortion pic.twitter.com/f8TG8DTiEh

Part 2. Tommie Lee Reacts To Reports That She Tried To Trick Her Daughter Into Having An Abortion pic.twitter.com/Kt3vRvQt0u

What are your thoughts on Tommie Lee’s daughter alleging that her mom tried to trick her into an abortion? Tell us your thoughts in the comments below. 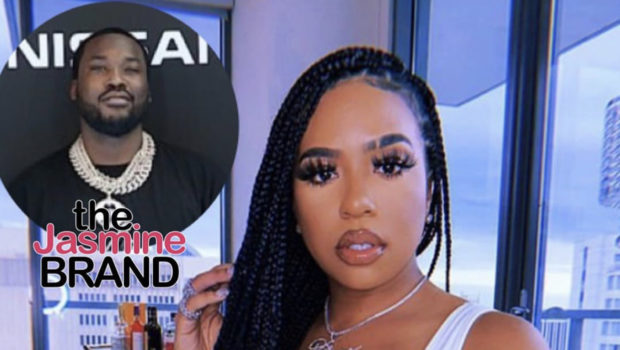