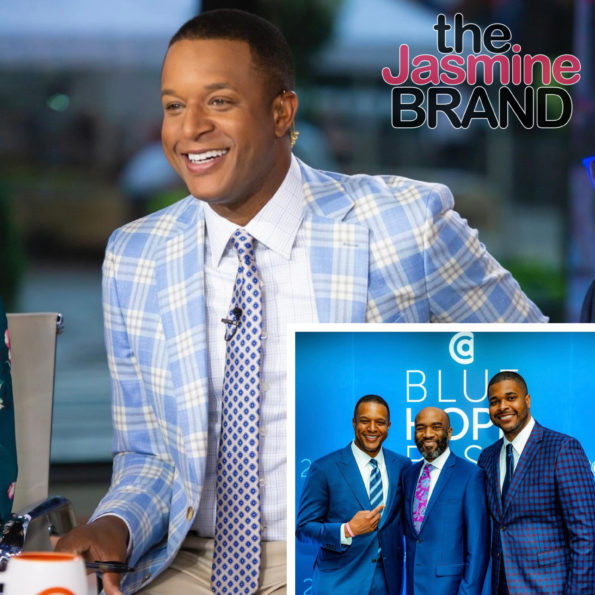 “Today” show host, Craig Melvin, is mourning the death of his older brother Lawrence Meadows, who was battling colon cancer. His brother passed away Wednesday (Dec.9) at the age of 43. Craig Melvin took to Instagram to break the heartbreaking news. He wrote,

“We lost our older brother this week, Lawrence Meadows was a husband (to Angela, his childhood sweetheart), father (to Addie, 11 and Lawson, 7) Baptist minister, entrepreneur, and one of the best human beings you would’ve ever known.”

“Colon cancer robbed him and us of so much. He was diagnosed at 39. He died Wednesday at 43. He spent a fair amount of time over the past few years raising awareness about the disease. We’ll be keeping up that fight. We love you, bro. “ 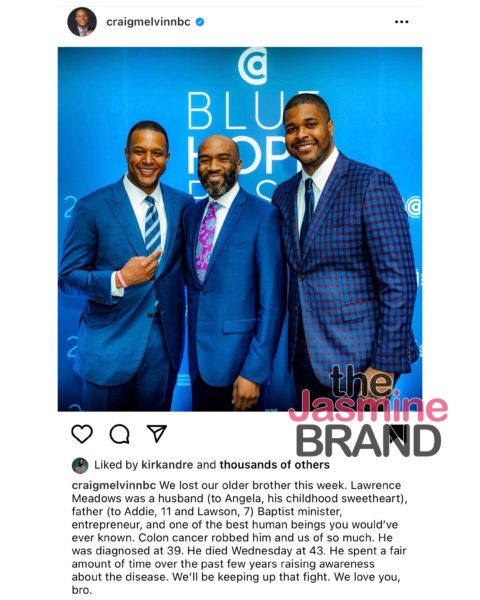 In 2017, Craig Melvin broke the news about his brother’s cancer diagnosis during a segment on “Today.” During the segment, Melvin said,

“You never want to hear about anyone getting a cancer diagnosis, so when I got a call about someone dear to me, it sent me for quite the spin.” 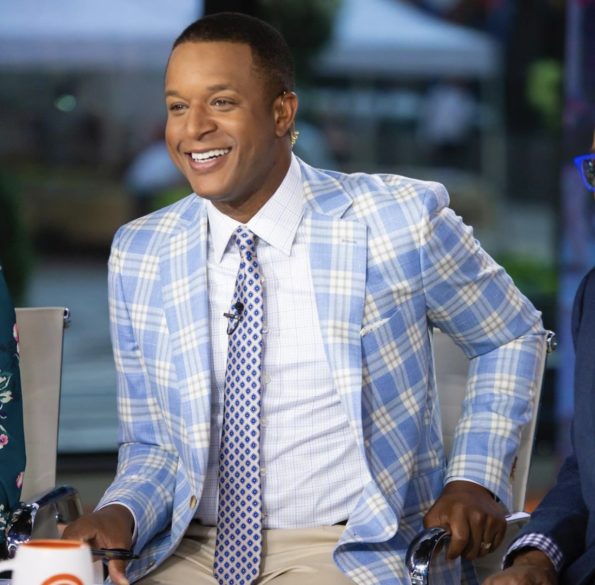 Melvin also revealed that in October of 2016, doctors had removed a baseball-sized tumor from Lawrence’s abdomen and found that the cancer had spread. In 2018, Lawrence Meadows told Today:

‘I think a lot of times when people hear “cancer,” they think, ‘Oh gosh, well I’ve done everything I want to do, let me just go ahead and succumb to this,’ but no, there’s not a part of a fiber in me that says throw in the towel or give up because that’s not a part of my DNA.’

Our thoughts and prayers go out to Craig Melvin and his family during this difficult time. 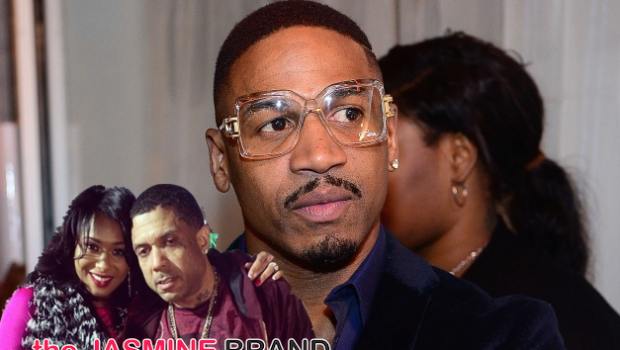