LaToya Ali is clarifying her relationship with her trainer, Von Rhé after the two appeared to publicize a relationship recently.

Von Rhé shared a photo of him and The Real Housewives of Atlanta newbie cuddled together on Instagram recently. He added the caption,

“I could not tell you if I loved you the first moment I saw you, or if it was the second or third or fourth. But I remember the first moment I looked at you walking toward me and realized that somehow the rest of the world seemed to vanish when I was with you.” 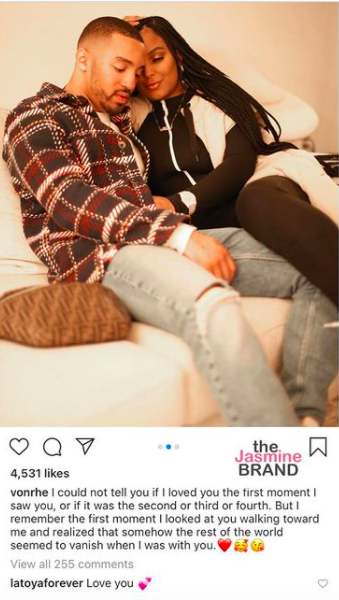 LaToya Ali even responded with,

But now she’s saying the two are nothing more than really close friends.

She shared a photo of the two walking together with the caption,

“welp I guess I got caught #besties@vonrhe“ 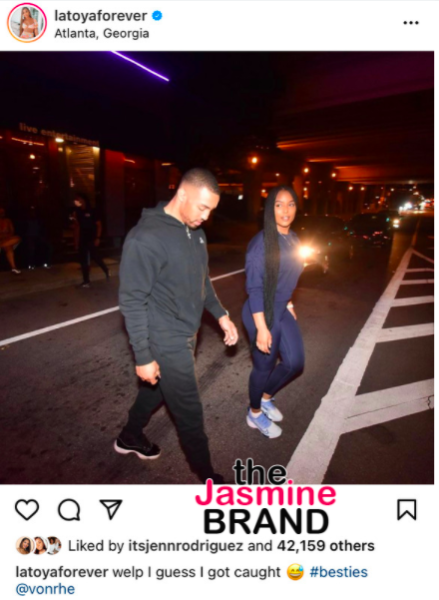 She also laughed at comments from fans that didn’t believe they were just friends before and told Von Rhé to “shut up” when he wrote, “I love you”. 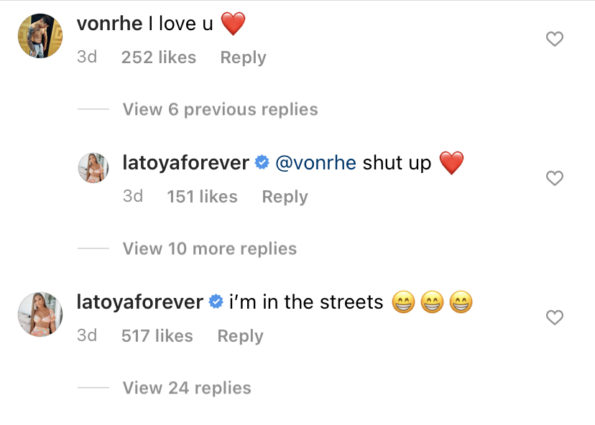 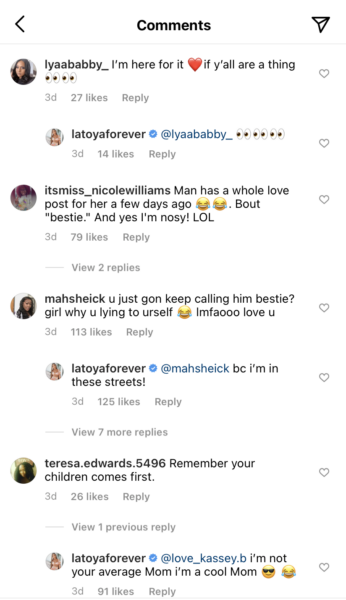 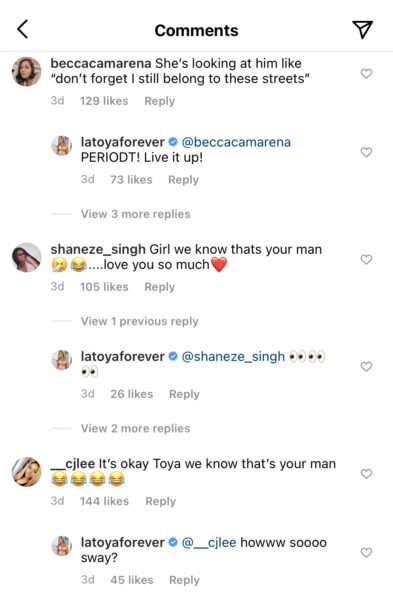 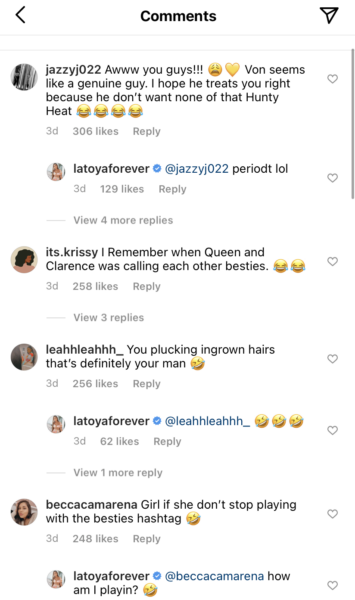 She denied dating Von Rhé in a YouTube video from their new channel together.

“We have a wonderful time together. We enjoy each other’s time. And honestly, me and her, we have both recently got out of long-term relationships and we’re both very hurt from our relationships. When we met each other we were more focused on having fun and enjoying one another and being that friend and companion that you can just go to and talk to about anything. It’s no filter with us.”

LaToya Ali also joked that she would be the “third wheel” if he found a girlfriend.

She is currently separated from her husband Adam Ali, after being together for nearly a decade. 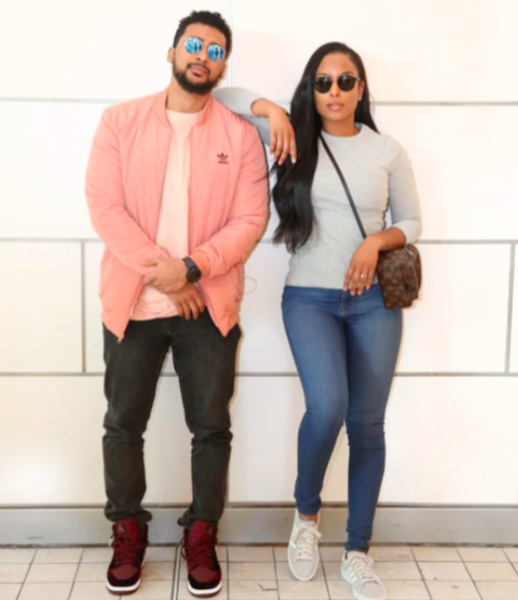 What are your thoughts on LaToya Ali and Von Rhé saying they’re not together? Comment and let us know. 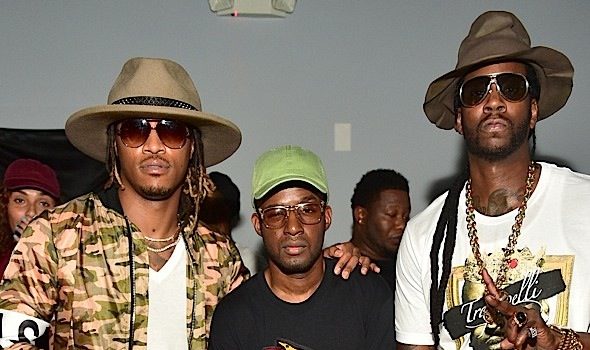 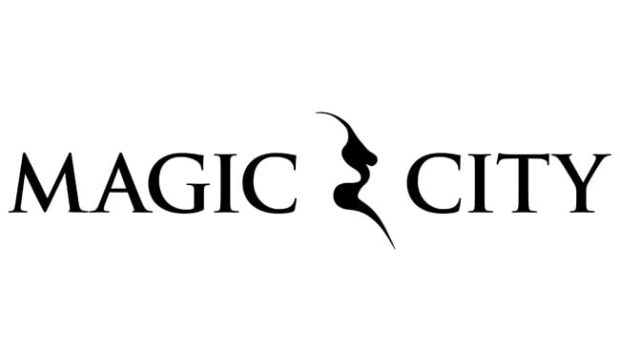