Prayers are going out for the family of Barack Obama as the matriarch of the Obama family, Sarah Obama of Kenya, passed away.

She was at least 99 years old, according to reports.

Sarah Obama was Barack Obama’s step-grandmother and was lovingly called Mama Sarah. She was the second wife of Barack Obama’s grandfather and played a large part in raising the former president’s father.Barack Obama’s ‘Granny’ Sarah Obama Passes Away At 99 [CONDOLENCES]

She was a philanthropist and often encouraged education for girls and orphans in her Kogelo village. She once said,

“I love education [because children] learn they can be self-sufficient…If a woman gets an education she will not only educate her family but educate the entire village.”

She died at roughly 4 in the morning local time Monday (March 29th) while receiving treatment at the Jaramogi Oginga Odinga Teaching and Referral hospital in Kisumu. Her daughter Marsat Onyango told The Associated Press,

“She died this morning.”

A spokesman for the family, Sheik Musa Ismail, also explained,

“Mama was sick with normal diseases. She did not die of COVID-19.”

He added that she tested negative for COVID-19 and was sick about a week before going to the hospital.

He said Barack Obama was made aware of the loss and shared his condolences. Barack released a statement Monday (March 29th) and said she was known as his “Granny.”

“My family and I are mourning the loss of our beloved grandmother, Sarah Ogwel Onyango Obama, affectionately known to many as “Mama Sarah” but known to us as “Dani” or Granny.”

“Although not his birth mother, Granny would raise my father as her own, and it was in part thanks to her love and encouragement that he was able to defy the odds and do well enough in school to get a scholarship to attend an American university. When our family had difficulties, her homestead was a refuge for her children and grandchildren, and her presence was a constant, stabilizing force. When I first traveled to Kenya to learn more about my heritage and father, who had passed away by then, it was Granny who served as a bridge to the past, and it was her stories that helped fill a void in my heart. …”

“We will miss her dearly, but celebrate with gratitude her long and remarkable life.”

“The passing away of Mama Sarah is a big blow to our nation. We’ve lost a strong, virtuous woman, a matriarch who held together the Obama family and was an icon of family values.”

“She was a philanthropist who mobilized funds to pay school fees for the orphans.”

Prayers and condolences for the Obama family. 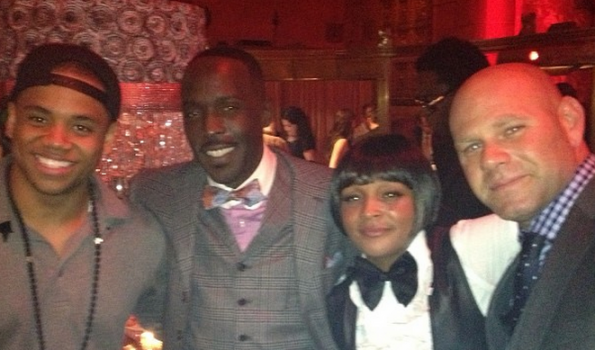