If longtime Reading Rainbow host LeVar Burton has his way, his new gig will be at Jeopardy!

Since then, there has been a rotation of guest hosts and a permanent replacement has yet to be named.

Fans launched a petition for LeVar Burton to fill the role, and he’s thrown his hat into the ring.

He shared the petition Monday (April 5th) with the caption, 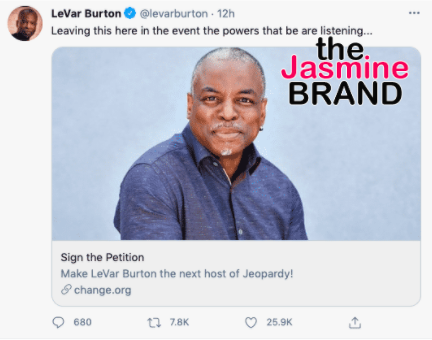 It garnered more than 136,000 signatures as of Tuesday afternoon (April 6th).