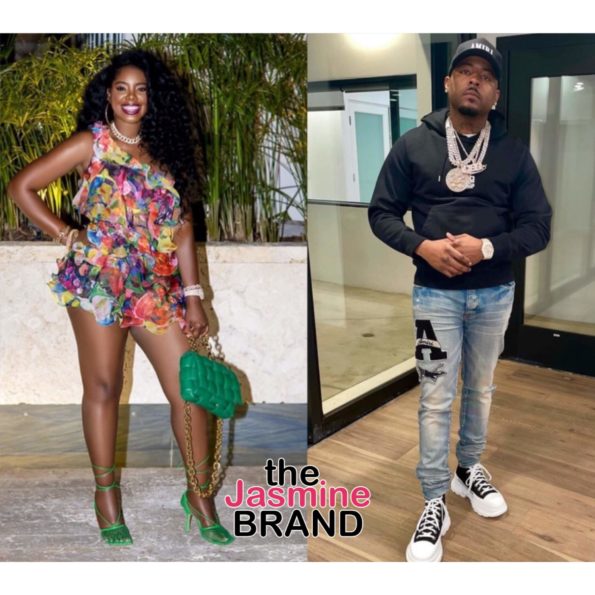 A friend to the reality TV star took to Instagram and posted a series of photos of Juju and her beau in what appears to be a fun-filled wedding with a group of close friends.

Dressed in a two-piece bathing suit with a two-piece colorful cover-up on top, Juju looked stunning and happy. Check out the IG photos below of the wedding: It’s not clear who her new husband is, but from the looks of his IG, he is doing very well for himself, and Juju appears to be really happy with him. If you recall, Juju and rapper ex-boyfriend Cam’ron broke up in 2017 after a 10+ year relationship. Fans of the couple really wanted them to rekindle their connection, but they mutually agreed to both move on. In 2019, a fan wrote:

“I can’t wait for you and Cam to find your way back.”

The couple had semi-conflicting reasons why they broke up in 2017. According to reports, Cam’ron alluded to social media being the reason why the two parted ways. He said in an interview that she would ask,

“Why you following her or you liked that person’s picture. Basically, it was just kind of mutual. For me it just wasn’t fun anymore.”

Juju, on the other hand, had a completely different take on the breakdown of their relationship, saying the lack of respect regarding Cam’ron’s IG behavior is what pulled her away. Juju said,

“I was basically more concerned about the respect level. There’s d*** pics up and down Instagram as well and I didn’t like them out of respect, my thing was, don’t do what I don’t do to you, respect me….and it’s not about Instagram, it’s because the things you [Cam’ron] were doing concerning IG.”

They’ve both moved on and we wish Juju nothing but happiness in her marriage. We’ll keep you posted as the story develops.

What are your thoughts on Juju’s wedding/marriage? Comment and let us know!