Real Housewives of Potomac star Gizelle Bryant is single again and back on the prowl!

If you followed season 5 of RHOP, you may recall that a large part of Gizelle Bryant‘s storyline was her rekindled romance with Jamal Bryant–her ex-husband. The pair divorced shortly after the birth of their teenage twins on account of Jamal Bryant‘s infidelity. However, they reunited at the beginning of RHOP‘s fifth season–much to the disdain of their three daughters.

Gizelle Bryant‘s father was also against the reunion, as he left dinner with the couple and proceeded to tell production on a hot mic:

“I think you can take the mic off of me. I think I’m done. This is not a good move for her. You know, this guy’s got 6, 7 baby mommas. You know? Do you want to deal with that again? No! As a father, you think twice about that kinda stuff. I’m done.”

Gizelle’s father’s hot mic moment might be the drag of the season. #RHOP pic.twitter.com/SwDr0hOslJ

Despite her family’s objections, Gizelle Bryant and Jamal Bryant remained together all throughout the fifth season. At the reunion, former RHOP star Monique Samuels infamously referred to Jamal as “Pastor Holy Wh*re” and claimed he was cheating on Gizelle. Both Gizelle and Jamal denied these claims.

Now, however, it looks as though the couple has finally called it quits for good. During an interview with The Breakfast Club, Gizelle stated that the pandemic took its toll on the couple.

She also spoke on her dad’s remarks and said,

“He gave his opinion which is, this isn’t what is best for my daughter, period. I think that that’s fair. My father is always going to give his opinion. When he said it to the world that is not the first time that I had heard it.”

Viewers can also see Gizelle discussing the situation in the season 6 trailer of RHOP, with co-star Karen Huger commenting:

“Honey, you got dragged. Then you let him back in, and he dragged you again.”

Season 6 of The Real Housewives of Potomac premieres on Sunday, July 11th on Bravo.

What do you think about Gizelle and Jamal Bryant’s breakup? Comment down below to let us know! 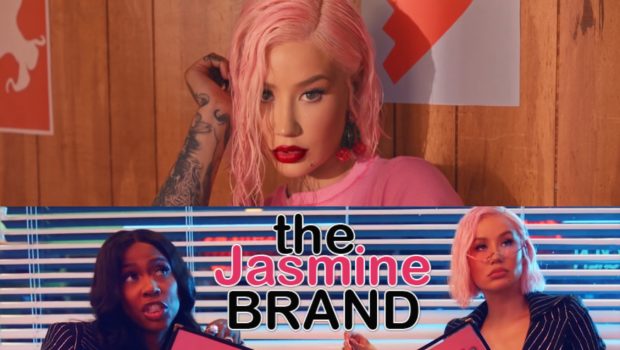