Cyn Santana sends prayers to Erica Mena as she responds to claims that Erica Mena trolled her using a fake Instagram account. As previously reported, social media page @GlockTopickz pointed out via Twitter that Erica Mena’s Instagram page for her son is the same account she seemingly used “for years” to leave harsh comments on Cyn Santana’s IG page. According to the Twitter account, Erica, 33, changed the account’s handle from ‘@gunner2582’ to ‘@legendbrians’ but the reality TV star didn’t delete the hate comments she reportedly left on her ex’s page.

One of the comments Erica allegedly wrote said,

“you must really be stuck on stupid to even think that Erica needs Cyn for a headline. Cyn can’t make a headline unless she dating someone. Not even her so called music made a headline.” 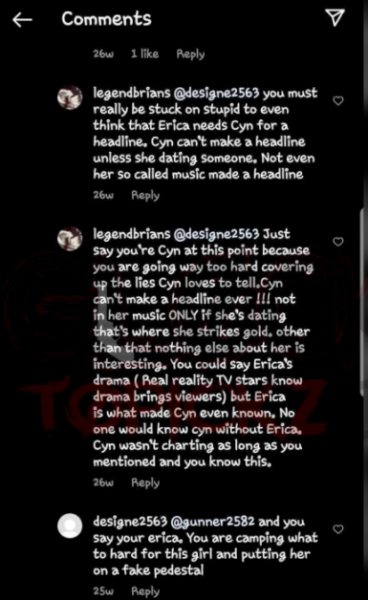 During a recent interview, 28-year-old Cyn was asked how she feels about her former Love & Hip Hop: New York love interest allegedly using a fake page to stalk her and leave mean comments. Cyn took the high road and shared that she wishes the best for Erica and only wants to focus on promoting her new single ‘Come.’

“Weird things like that, I just got to pray for that. That’s weird. Those are weird things, fake pages, and cyberbullying.”

Cyn continued and revealed she has a fake page of her own that she uses but never to leave hate comments.

“Listen, I have a lurking page and I do it too…well, I use to use it to stalk my baby daddy – but I’ve never in my life left a comment. That is very different and I wish her well. I didn’t even know I was a thought still today, I don’t know. I want to focus on my song though! My music.”

“Prayers for everybody that needs it. God bless. Much strength, much life. I’ve been there. I know it’s a dark, dark place. Much love to her. Much success. But I want to focus on my song ‘Come.’”

Cyn joined Love & Hip Hop: New York in season four as Erica’s love interest. However, they had a hard breakup the following season, and Cyn accused Erica of physically abusing her.

After they split Cyn returned to the show during the 9th season with her now ex-fiancé Joe Budden.

Erica went on to date and marry Safaree Samuels, who is the father of her two youngest children. She filed for divorce earlier this year.

It’s unclear where Cyn Santana and Erica Mena currently stand but in 2019 Cyn did attend the baby shower for Safaree and Erica’s daughter, Safire. 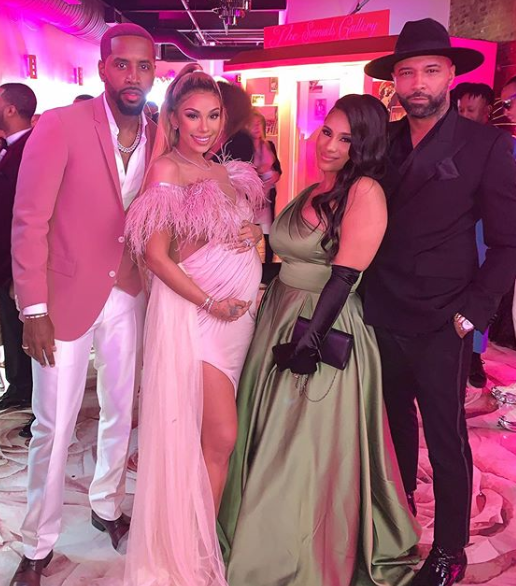 What are your thoughts on what Cyn Santana had to say? Tell us in the comments below. 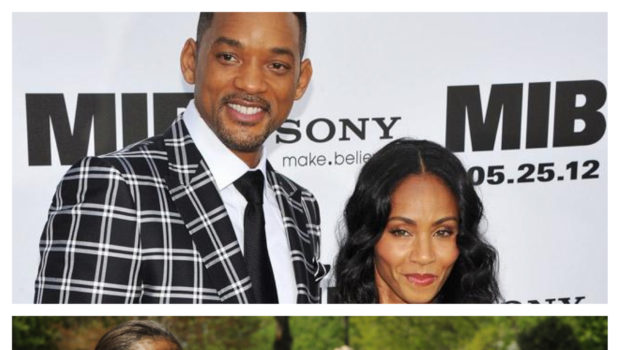