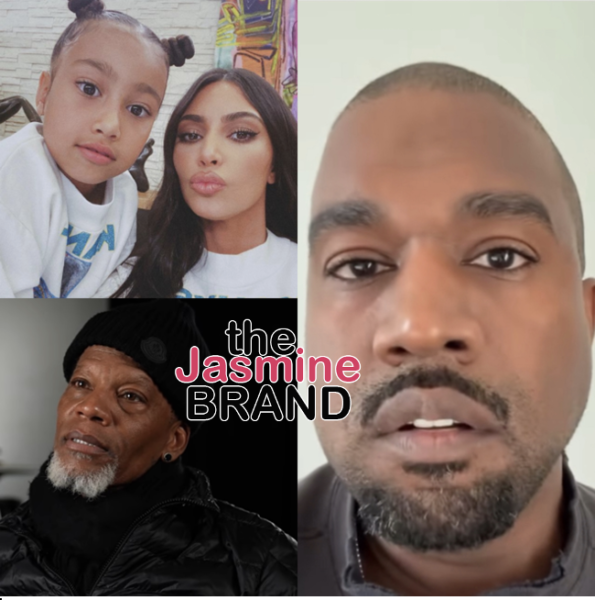 Rapper-producer Kanye West let his fans know that he does not approve of his 8-year-old daughter, North West, being on Tik Tok–again. The “Eazy” rapper claimed that his soon-to-be-ex-wife, Kim Kardashian, continues to post videos on her joint account with North to “antagonize” him.

“Hey everybody, I just got off the phone with Kim, I told her to stop antagonizing me with this Tik Tok thing. I said, ‘it’s never again.’ I am her father. I know y’all don’t respect fathers and the idea of family, and [the] media tries to promote something. I said, ‘I am not allowing my daughter to be used by Tik Tok, to be used by Disney. I have a say-so.”

“And then when people say, ‘oh, they’re going to use this for you in court,’ I didn’t have a say-so on whether or not they went to Sierra Canyon. Most men do not–there’s no such thing as 50/50 custody in society today. It always leans towards the mom. But right now–and I’m happy that you guys got to see just a small piece of what I dealt with. You understand what I’m saying?”

Kim and North recently posted a duet on the video-sharing platform after Kanye publicly expressed his disapproval.

not kanye west having a breakdown over this innocent cute tiktok of kim and north west singing emo girl ? pic.twitter.com/iAOuhvaRAP

Kanye also addressed some comments that comedian DL Hughley made in an interview. Of Kim and Kanye’s current situation, the King of Comedy said:

“The difference between him and the other dudes that get restraining orders on them is hundreds of millions of dollars. Listen…I think that I’ve watched too many times where things like that happen and a woman or somebody’s not believed and then things escalate. He is stalking her. You can think it’s cute. If it was my daughter, I’d do something about it. I don’t think it’s funny. I think that you can’t write a beat so good that you get to do these things.”

“And society laughs it off because they say, ‘well, she showed her ass all the time, and he’s this and he’s that.’ At a certain point, it is not unusual for men like that…the only difference between him and a restraining order is about 20 hits and a couple of hundred million dollars.”

“I just don’t think it’s funny. I think that Kanye wouldn’t get no pussy at all if he didn’t write no hits, you know that. he’s not the kind of dude–he counts on this mystique.”

“I told y’all before about this tik tok stuff Now my 8 year old on here singing she fell in love with an emo girl Leftist don’t want fathers to have no say in our childrens lives I don’t want my kids at godless Sierra Canyon school I got a voice and I’m not having this And Perez Hilton you still ain’t answer my question And never put my name next to the word abuse Don’t play with my
name like that I’m a real person who wants the best for my children And DL Hughley is a pawn Yeah I know a king not supposed to address a pawn but I address everything and find addresses DL So don’t speak on me or my children I can afford to hurt u.” 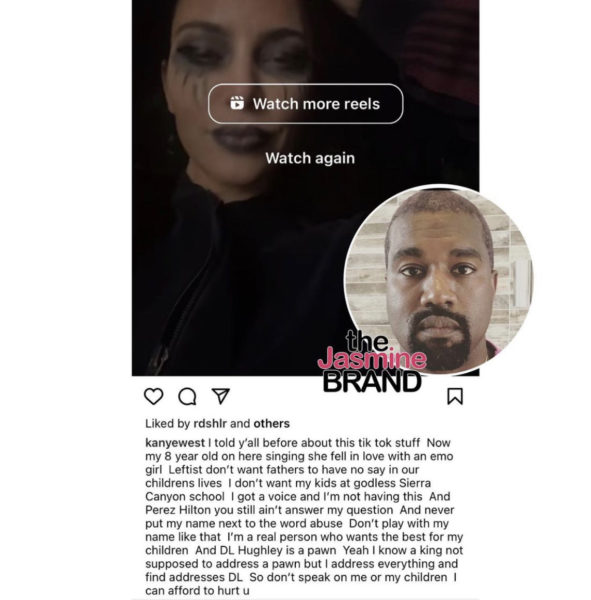 “Hmmm! Ain’t it weird that #Kanye supposedly has all these goons who will kill for him, but not one of them will get his prescriptions filled? Here’s a thought while you’re on your way to kill me in Calabasas, how about somebody drop by CVS and pick up his Xanax! Lol #TeamDI.”

“Ain’t no way in hell I’d ever be scared of a dude who wears #KnowWhatDidLastSummerBoots!!! #TeamDI.”

“#Kanye!! It’s just too bad that you acting like a nut won’t stop #Pete from bustin one!! #TeamDI.” 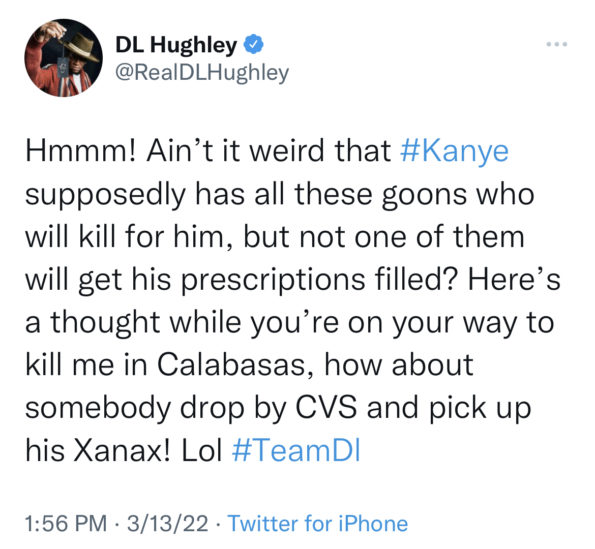 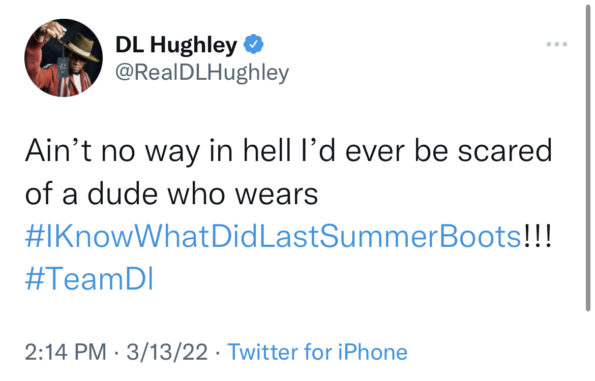 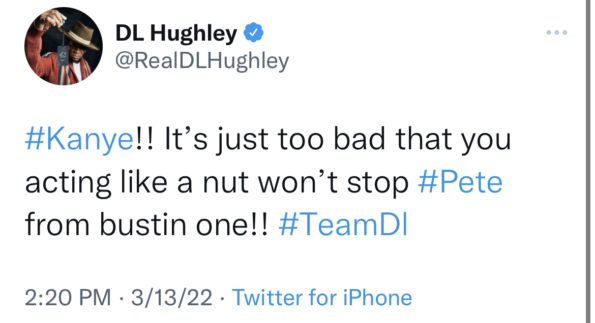 Do you agree with Kanye, DL, or Kim? Leave us a comment and let us know! 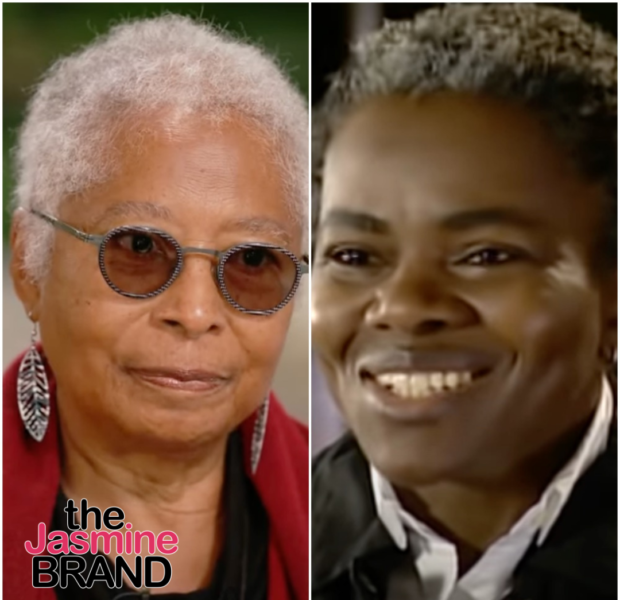 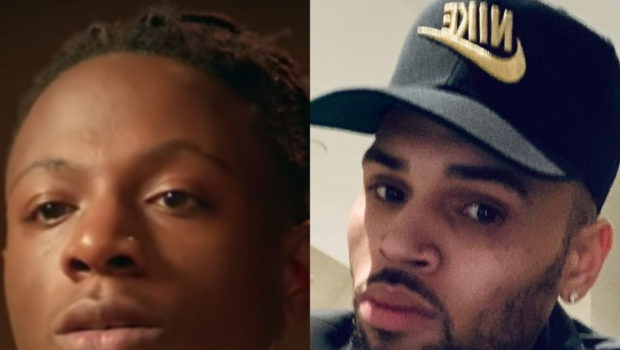