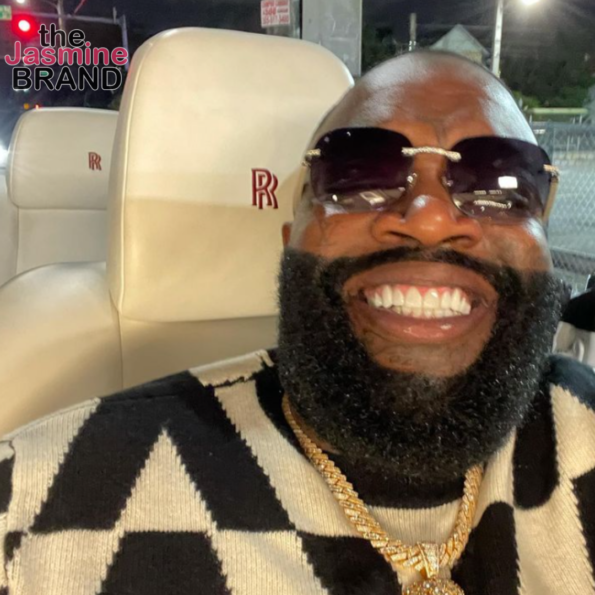 It looks like several record labels are bidding for Rick Ross!
Rick Ross has recently announced that he is parting ways with Epic Records. The “Rich Forever” rapper signed to Epic in 2015 shortly after cutting ties with Def Jam Records–where he enjoyed spent the first decade of his career. During a recent interview with Hot New Hip Hop, Rick Ross, 46, (born William Roberts II) revealed that he’s been offered lucrative deals with several record labels, including his prior home Def Jam. However, according to Ricky Rozay, he’s in no rush to partner with a label just yet and is enjoying his newfound freedom.
Reflecting on his current freedom of being a free agent, the Miami native said,

“It ain’t a different situation for me cause I already owned all my sh*t. Before I even made it to my last albums, I had damn near owned everything that I could own, other than a certain distribution percentage. Once you become successful — regardless of what you signed at first — you just come sit at the table like a man.”

In December 2021, Rick Ross released his last solo album on Epic Records, Richer Than I’ve Ever Been. The album debuted and peaked at No. 22 on the Billboard 200. However, for the opening week, it marked the lowest charting position for an album of his career. 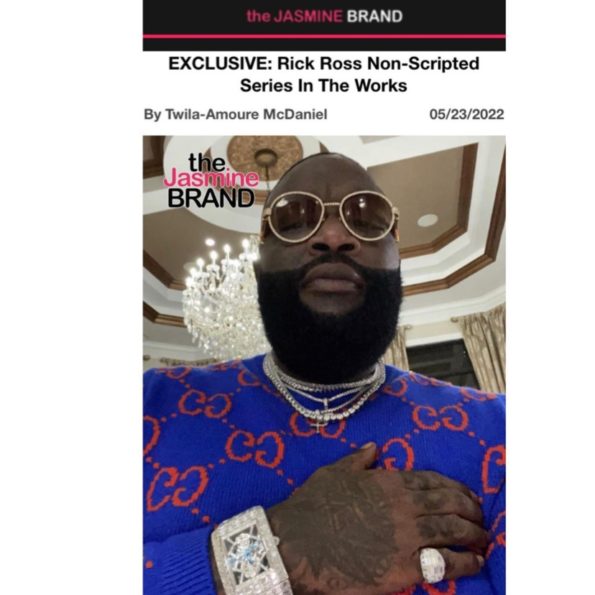 Being a free agent isn’t the only thing Rozay is celebrating. theJasmineBRAND exclusively reported earlier this week that rapper Rick Ross is taking his talents to TV. According to our sources, the ‘Hustlin’ rapper has a non-scripted series coming to the BET network. We’re told that the show will allegedly follow Rick Ross, as he tries different outdoor and indoor activities and adventures. A name and release date for the upcoming project has yet to be announced. 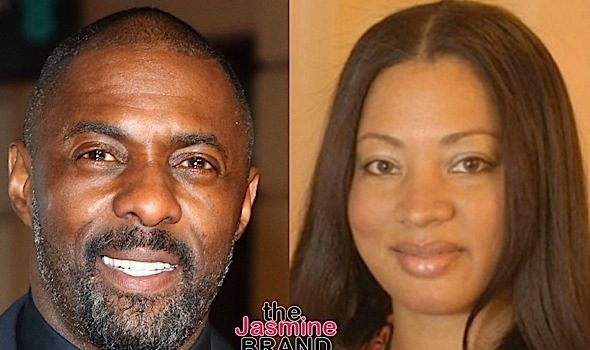 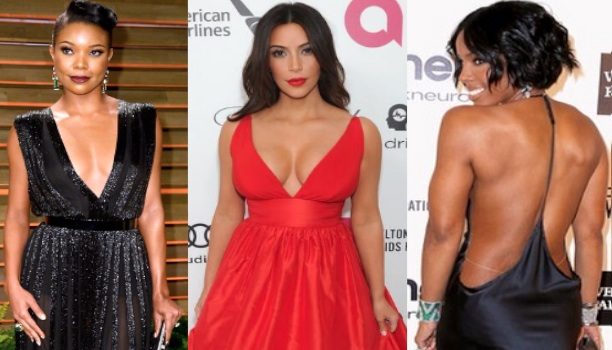