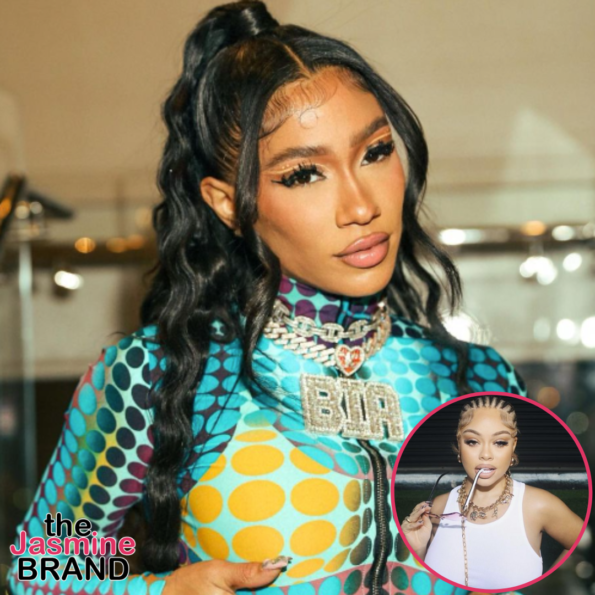 Not too much on BIA!

The rap star is letting it be known that she absolutely writes what she spits after social media users questioned her pen game. Accusations and confusion began after fellow rapper Latto had 130 of her unreleased tracks leaked to the internet. 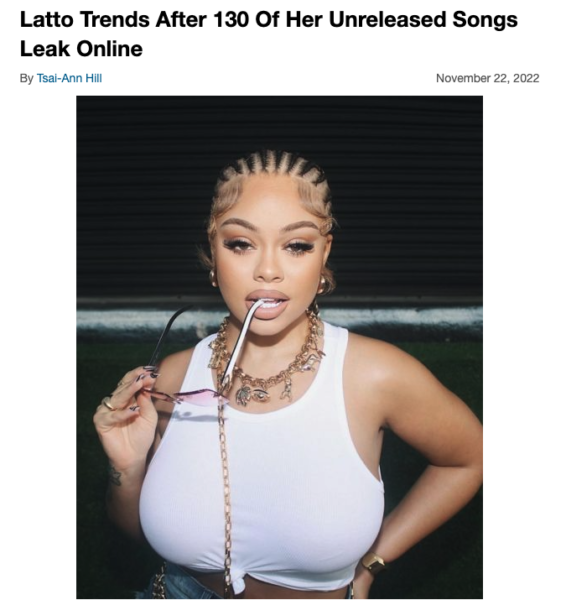 Speaking on the matter via social media, BIA, born Bianca Landrau, shared several of her writing credits, captioning the post:

“Writing credits…u know u can check those? now stop playin” 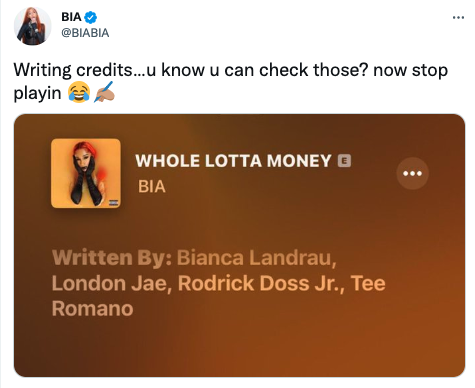 The “London” artist followed up with: 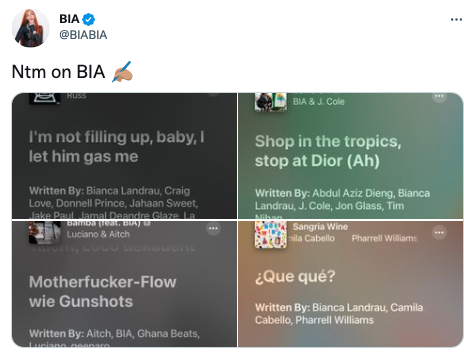 “But Ntm on this bc I really don’t care who writes and who doesn’t. I only care about making the best song I can make”

When someone accused her of not caring about her penmanship she replied, 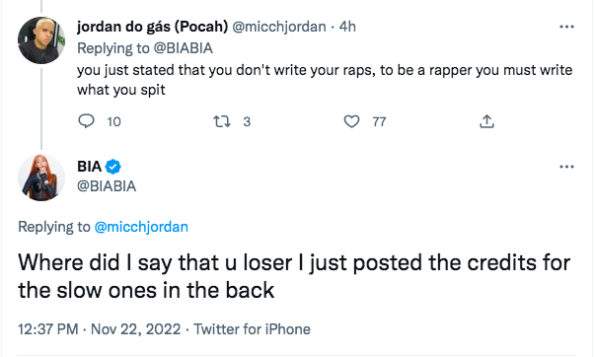 BIA also explained the process of writers writing hooks and rappers writing verses. Responding to one user who was confused by the whole ordeal, BIA clarified:

“London jae wrote the hook, I wrote the pre and verse it’s not rocket science” 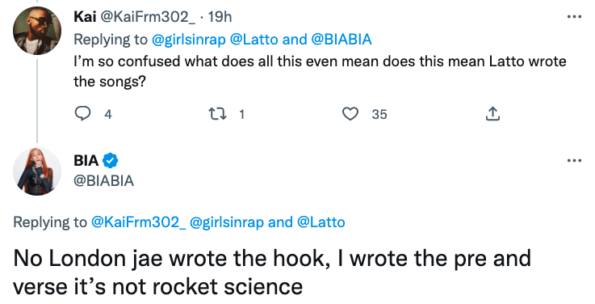 Latto hasn’t directly addressed the leaks, but the issue has seemingly been going on for quite some time. Earlier this month, the “Energy” rap star posted a Tik Tok video of herself dancing to one of the tracks that had just recently been leaked.

Some users have speculated that rap vet Nicki Minaj is behind all of the leak madness. Back in October, Minaj threatened to release some of Latto’s “reference tracks” following their beef that was made public during Grammy nominations. Minaj wrote at the time:

“Who wanna hear the reference tracks of scratch off ghost writers rapping her bars????? she used me & the Barbz in every interview until that album sold double wood. Now she wiping that spray tan off & being a Karen. They black when it’s beneficial chi.” 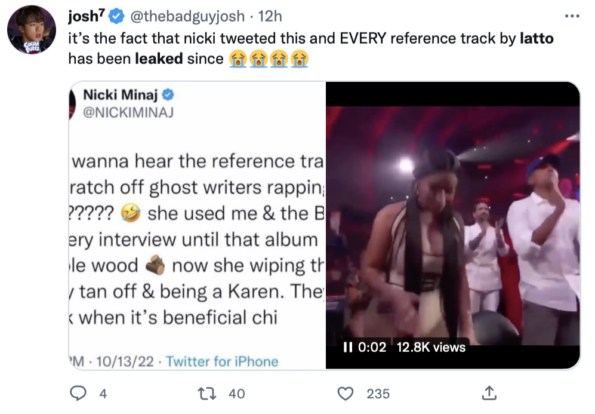 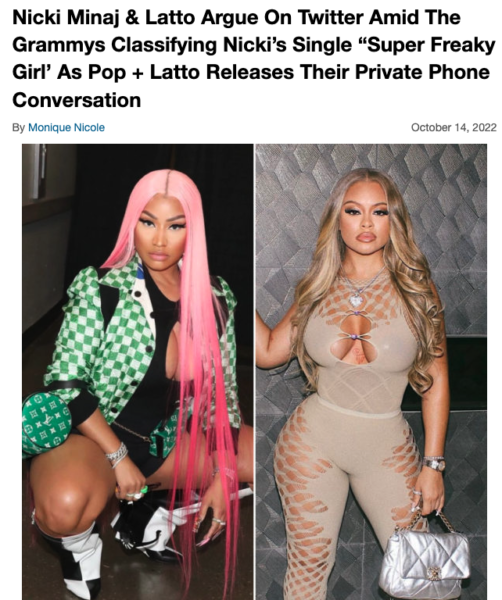 Ironically enough, Minaj is featured on both “Whole Lotta Money” and “Blick Blick,” though there are no valid indications she’s had any involvement at this time.

What do you think of all the rap-girl beef? Tell us in the comments! 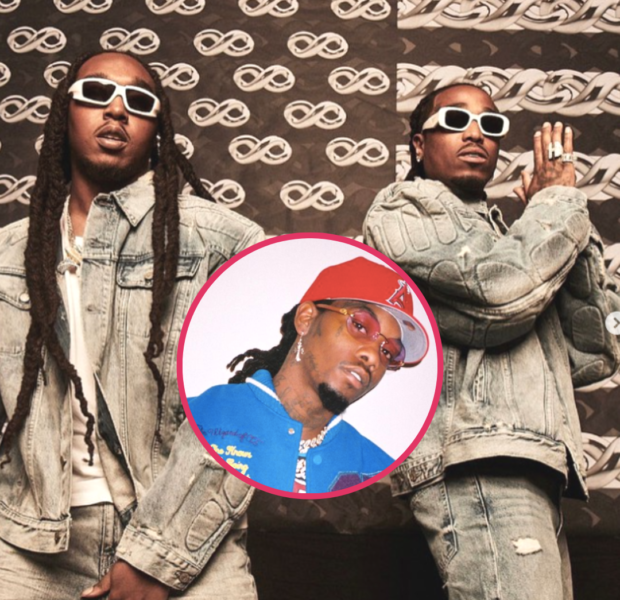 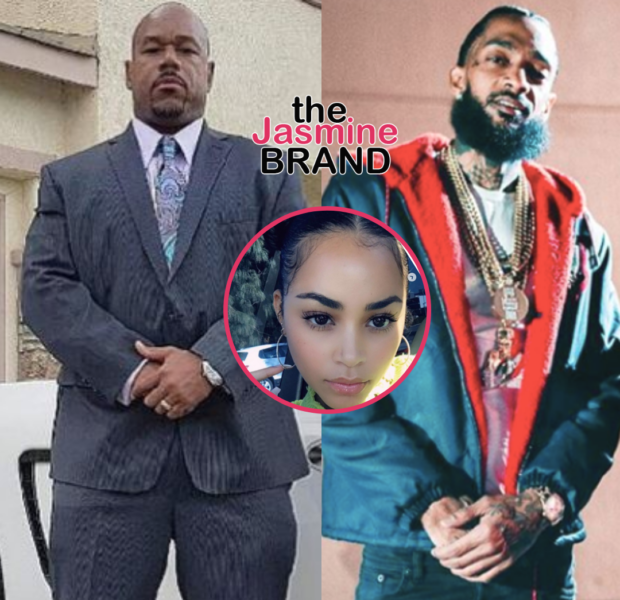 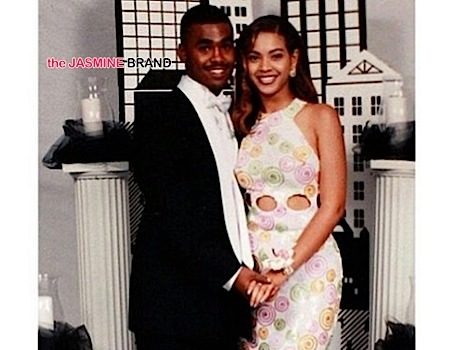 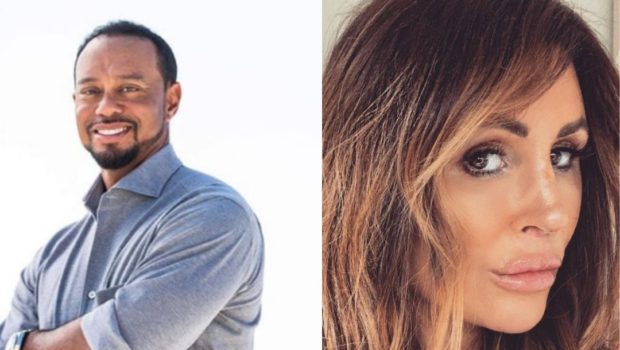